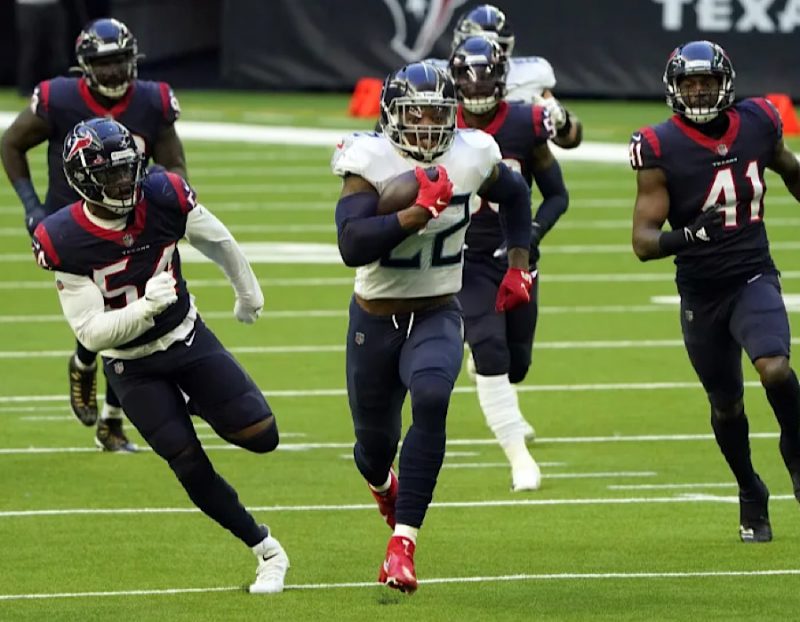 After many bumps in the road, the NFL has played their 256-game 2020 schedule, with the Week 17 slate of games being as exciting as any other week of the season.  To their credit, every team played hard, but with mixed results on Sunday, with only three teams needing a win to earn a playoff spot losing, which effected both the AFC and NFC postseason pictures. Here is how week 17 of the 2020 regular season schedule ended, and the playoff matchups we have heading into Wild-Card weekend, which will kick off the postseason this coming Saturday.

Buffalo 56 (13-3), Miami 19 (10-6):  The host Bills proved to the second place team in the AFC East why they are the division champions.  Buffalo put this game away in the second quarter with a 28-point outburst that featured three Josh Allen TD passes and a punt return for a score.  The win will add fuel to the fires that are being fanned to name the Bills quarterback the league MVP as Buffalo will host a playoff game as the second seed in the AFC Playoffs.  That, while the Dolphins will need help in order to reach the postseason with their loss.

Cleveland 24 (11-5), Pittsburgh 22 (12-4):  A missed two-point conversion propelled the host Browns into the AFC Playoffs as a Wild-Card team with a win in this game.  Cleveland took a 24-9 lead on the first play of the fourth quarter before holding on for their postseason lives as Pittsburgh drove for two touchdowns to draw within two points, forcing the Browns defense to make their last stand on the two-point conversion to barely win, but win they did, ensuring a postseason berth.  Pittsburgh knew before this game they were hosting a playoff game as the AFC North winners and left many of their starters behind on this road trip.

Baltimore 38 (10-5), Cincinnati 3 (4-11-1):  The win and they’re in Ravens brought the hammer to Cincinnati and knocked down the door to the playoff in this one-sided affair.  Already leading 17-3 at the half, Baltimore saw J.K. Dobbins run for two scores and Lamar Jackson throw for a TD as part of a 21-0 third quarter to seal the win and the Ravens ticket to the postseason.  The win means Baltimore is an AFC Wild-Card team with the Bengals knowing they were building for 2021 and beyond once they get Joe Burrow back behind center as their franchise quarterback.

Tennessee 41 (11-5), Houston 38 (4-12):  With the AFC South title slipping away after the Texans tied this game with 18 seconds left, the Titans move the ball 58 yards to set up a game and division-winning field goal as time expired … and that’s exactly what they did.  Wide receive A.J. Brown broke open for a 52-yard catch right before the game-winning kick, meaning that a 250-yard rushing day by Derrick Henry that saw the back-to-back rushing champion surpass 2,000 yards for the season. Not to be outdone, Ryan Tannehill accounted for three touchdowns of his own, matching Henry’s two rushing TDs and adding a third in the air to help the Titans earn the fourth seed as AFC South champions.

Indianapolis 28 (11-5), Jacksonville 14 (1-15):  Knowing a win meant at least a playoff spot, the Colts jumped out to a 10-0 lead after the first quarter and a 20-7 lead at halftime.  The Jaguars, holders of the first overall pick in next year’s NFL Draft did not quit however, scoring a third quarter TD to make the fans in Indy sweat before seeing Jonathan Taylor run for a 45-yard TD late in the fourth quarter to seal the win (and the push for bettors of the game).  The win was enough to secure a Wild-Card berth and knock the Miami Dolphins from the AFC Playoff picture.

NY Giants 23 (6-10), Dallas 19 (6-10):  These two teams played well enough to win the game, and bad enough to keep the game close, a fitting tribute to the NFC East in its next to last game of the 2020 season.  Dallas head coach Mike McCarthy was roasted by Joe Buck and Troy Aikman in the Fox broadcast booth for not challenging a questionable catch by New York on a third-and-long play that helped set up a field goal, the four-point margin meant only a touchdown could beat New York, and it was a TD the Cowboys offense could never find, eliminating them from postseason contention.  The win broke a three-game losing streak for the Giants, leaving them a Washington defeat at the hands of an injury plagued Eagles team from the postseason as NFC East “champs”.

Washington 20 (7-9), Philadelphia 14 (4-11-1):  With the NFC East on the line for Washington, they jumped out to a 10-0 first quarter lead.  To the happiness of Giants fans, the Eagles, led by quarterback Jalen Hurts, posted two second quarter TDs to take a brief 14-10 lead with less than 4:00 on the clock before halftime.  Washington, led by their QB Alex Smith, the runaway Comeback Player of the Year, posting a late first half touchdown to reclaim a three-point lead at halftime.  To the confusion of many, Hurts was pulled by Philadelphia for backup quarterback Nate Sudfeld, causing many to question the Eagles, especially north of Lincoln Financial Field in the greater New York Tri-State area.  The move may or may not have cost Philly the game, but didn’t likely enhance their chances of making a modest one-score comeback, allowing Washington to win the final game of the 2020 season, the NFC East, and a home playoff game Saturday night.

Tampa Bay 44 (11-5), Atlanta 27 (4-12):  The Buccaneers secured the fifth seed in the NFC Playoffs with their win, which took a 21-7 fourth quarter to lock up.  Tom Brady threw two of his four touchdown passes in this game late in the final period to open up a three-point game into a 17-point win.  It was a win that reminded many how bad the Falcons defense was this season and how much work they need to do on in this offseason.  For Tampa Bay, they know they will travel to face the NFC East winners to being the postseason next weekend.

Green Bay 35 (13-3), 16 Chicago (8-8):  With the top seed in the NFC and a bye week on the line, the Packers blew into Solder Field and dominated the Bears and did so just three days after losing their offensive left tackle to a season-ending knee injury.  Chicago lost this game when a 15-play drive ended in no points with Green Bay turning around and scoring a TD on their next possession to make the score 28-16.  The Packers would pick off Mitchell Trubisky on the Bears next drive and add another score to secure the victory.  The result of this game left the postseason fate of the Chicago Bears in the hands of the Arizona Cardinals, who, with a win would be a Wild-Card team.

LA Rams 18 (10-6), Arizona 7 (8-8): The day didn’t start well for the Cardinals as they watched quarterback Kyler Murray walk off the field with an ankle injury on the opening drive of the game.  It would be the only possession Arizona would score on in this game as the Rams defense took control once backup Chris Streveler took control of the Cardinals offense.  Granted Murray’s replaced finished the touchdown drive to take an early lead, but after a Rams field goal, an offensive holding penalty gave LA a safety and possession, in a drive that ended in a TD and a 12-7 halftime lead.  No one look impressive on offense in the second half, with LA tacking on two field goal to give the game its final score, but the win knocked the Cardinals out of the playoff picture and gave LA an NFC Wild-Card berth.

New Orleans 33 (12-4), Carolina 7 (5-11):  In many NFL seasons of the past, winning the second seed in the postseason meant a bye week; in 2020, however, it does not.  Despite that, the Saints didn’t hold back against the Panthers as Drew Brees tossed three TD passes, leading New Orleans from a 7-7 tie after the first quarter to a blowout road win to end the regular season.  The win ensured the Saints enter the postseason as the second seed in the NFC.

Seattle (11-4) at San Francisco (6-9):  What entered the fourth quarter as a boring 9-6 game turned into an NFC West shootout with the Seahawks coming out on top.  Seattle, led by quarterback Russell Wilson, game back from an early ten-point fourth quarter deficit and post three straight TD drives to take a 26-16 lead just after the two-minute warning.  It would be a lead that was enough for the Seahawks defense to trade time for yards, and despite having Seattle bettors suffer a backdoor cover, the team won the game; but also left them in the NFC’s third seed next week.

New England 28 (7-9), NY Jets 14 (2-14):  The Patriots did all they could to convince the Jets to fire head coach Adam Gase in this game with a dominating second half that saw New England score the game’s last three touchdowns to win going away.  Quarterback Cam Newton accounted for three of the Pats’ four scores with his arm in what should be his final game in Red, White and Blue as the question of Gase’s fate as Gang Green’s head coach should be addressed quickly.

Minnesota 37 (7-9), Detroit 35 (5-11):  This meaningless game between two NFC North rivals, at least for me, had one story: How in the world was Matthew Stafford, who was his own injury report this week, allowed to take the field for the Detroit Lions.  That will be a story for another day, because on Sunday Stafford and the Vikings Kirk Cousins fought to a quarterback draw with each combining for 804 passing yards and six TD passes on the day.  It was, however, a failed two-point conversation pass by Stafford that helped Minnesota maintain a lead late, with their offense able to run out the clock and win the game, sending both teams in the offseason with some hope, but many more questions regarding their coaches, quarterbacks and rosters.

Las Vegas 32 (8-8), Denver 31 (5-11):  The Raiders had no interest in playing any longer in this game or the 2020 season than they had to in this game, and went for two-point and the win late in this game, allowing fans and players to go home earlier than usual in from this AFC West battle.  And in the odd stat of the day, the Broncos went the entire 2020 season playing as an underdog in all 16 of their games (they were a one-point underdog to the then winless Jets), perhaps making their five-win season slightly more impressive; but also reminding fans they have a lot of work to do in order to build this roster and become contenders in the competitive AFC West.  For the Silver and Black, questions surrounding head coach Jon Gruden are likely to be asked this offseason as, after three seasons, the recycled head coach is no closer to being a playoff contender than he was after descending from the Monday Night Football booth, leading many to wonder of the NFL games of 2021 has past him by and the time for a fresh face and voice has arrived in Las Vegas.

LA Chargers 38 (7-9), Kansas City 21 (14-2):  With nothing to play for, Patrick Mahomes was probably the richest spectator on the Kansas City sidelines in this game as he watched Justin Herbert tally 300 passing yards, three TDs in the air and a fourth on the ground to help the Chargers win.  KC knew going in and knows coming out of this game that the road back to the Super Bowl goes through their home field in the AFC and they won’t take to take the field against for at least 13 days as the 2020 regular season is now over.

As a result of Sunday’s action, here are the postseason matchups we have heading into the playoffs: