Storms are getting bigger, more frequent, and more intense, causing huge amounts of damage. But what if we never got the weather wrong again?

When Michael Wang first started forecasting weather, about 25 years ago, human intelligence was just as important as computational power. Experienced forecasters developed a sixth sense – like a hunch – that helped them predict what was going to happen next.

Artificial intelligence has turned that on its head.

It’s a change that will save billions of dollars, allowing Australian businesses and communities to make good decisions, proactively secure their supply chains, and recover much faster in the aftermath.

How do weather forecasts work?

Weather forecasting is done with something called numerical weather prediction. Data comes from things like satellites, weather stations, and radars. However, more sources are coming online all the time – scientists can access data collected from mobile phones, for example, or from cars that have automatic windscreen wipers. These sensors are greatly increasing the accuracy of the data.

Meteorologists can ingest the current observations into a series of enormous mathematical equations that represent the state of the atmosphere, which they solve to predict what will happen next. It takes an extraordinary amount of power to get right, because tiny discrepancies in current observations can cause huge differences in the outcomes.

“The sheer amount of data, you can’t comprehend it with a human mind,” says Wang. “AI does the heavy lifting. This is a very exciting area of science to be in.” He’s now a senior meteorologist and solutions engineer at technology company IBM, where his role has evolved into helping businesses mitigate weather risks and leverage profitable new opportunities using AI-driven insights. Advanced weather insights are already making a big difference.

, for example, has a cloud-based platform that includes hyper-local forecasting abilities and predictive alert functions to help users understand not just what’s happening in the atmosphere, but what it will mean for their businesses.

“Weather impacts every single business,” he says. “You think about any industry, it will be somehow impacted by the weather. At IBM, we’re really trying to help them make better decisions around the weather, so that, rain or shine, the weather will be an asset for them rather than an adversary.”

Rolf Weber, CEO of meal-kit delivery company Marley Spoon, says weather has a very real impact on day-to-day operations. The team has spent years building a reliable network of local suppliers who can fill orders no matter the weather, and they’re always working to create a more sustainable supply chain.

“All our fruits, vegetables, herbs, meat and dairy come from Australian suppliers, so the weather plays a big role in how we deal with last-minute shortages,” he says, adding that forward-planning is key. “The recipes on our menu change every week, and we’ve planned them months in advance based on what’s in season. If there’s severe weather that may affect our produce, we’re able to make quick substitutions with an alternative ingredient, so we always have a long-term and short-term plan in place.”

Forecasts are key to forward-planning, because weather events are getting more intense and more frequent. Data from the government’s Severe Storms Archive reveals that 5194 storms have taken place in Australia during the last 10 years, ranging from flash floods to “cricket-ball-sized hail”, landslides, cyclones, and even tornadoes. The financial impacts can be enormous and devastating.

Losses from the Black Saturday bushfires, for example, which tore through Victoria in February 2009, hit an estimated $1.8 billion. Cyclone Debbie, which hit the eastern seaboard in March 2017, racked up $1.6 billion. Meanwhile, the Insurance Council of Australia reports the cost of insurance claims from four “natural disaster catastrophes” declared last summer has climbed over $5.19 billion.

Getting businesses back on their feet

Australia is a land of fire and flood, which means the insurance industry is relatively well-positioned to respond to weather-related crises. Jon Winsbury is Executive Vice President of Gallagher Bassett, the largest third-party claims administrator in the country. He works with a number of large insurers to ensure fully-trained catastrophic claims response teams are ready to deploy every summer, when the majority of storms, bushfires, cyclones, and other extreme weather events typically strike.

Residents of Berowra Heights in Sydney’s north waited months for their roofs to be repaired after a hailstorm in December 2018. There simply weren’t enough tiles available. But if weather forecasters could better warn us about severe storms, supply chains could be improved meaning any damage can be repaired faster. Picture: Toby ZernaSource: News Corp Australia

“This takes the pressure off large insurers having to ramp-up claims when an event occurs,” he explained. The biggest challenge following an event is getting boots on the ground in areas that are not yet safe – but drone technology is speeding up the claims process. The next big challenge is securing supply chains into affected areas, and advanced weather forecasting is already making a huge difference.

The benefits of this technology will become increasingly clear in years to come, as more sectors embrace cloud-based forecasting technology that provides real-time warnings. 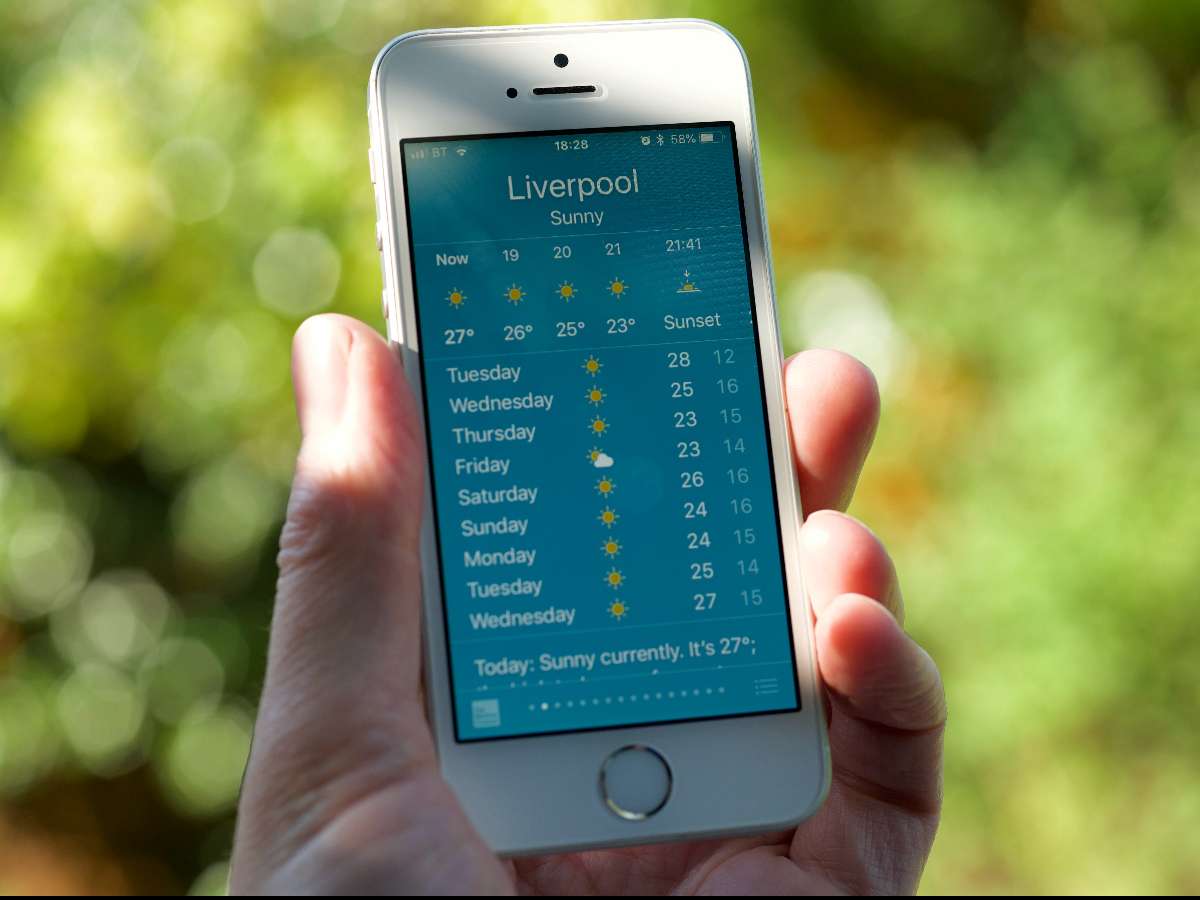 Will we ever get the weather wrong?

Advanced weather analytics have the opportunity to save Australian businesses billions of dollars. They’re empowering us to plan ahead, make good decisions, secure our supply chains, prepare for impact, and get back on our feet as quickly as possible after a severe weather event. It’s also crucial to protecting our communities.

As AI becomes more advanced, and computational power reaches new heights, the question remains: will we ever get the weather wrong? The answer, according to Michael Wang, is both yes and no.

Wang says long-term forecasts will never be 100 per cent accurate because of the chaotic nature of the atmosphere, the so called “butterfly effect”. It’s the idea that a butterfly could flap its wings in one place, and cause a typhoon somewhere else in a couple of weeks. It’s a good analogy for the weather, because you never know when a seemingly inconsequential error in current observations will develop into something much more significant with time. However, advancements in AI and supercomputing allow meteorologists to generate short-term forecasts much more quickly and more accurately than ever before. In the face of a storm, a few days, or even a few hours, can make all the difference.