It took 47 matches for a batsman to strike the first century of the Big Bash League summer, but two have now been tallied in back-to-back nights.

to catapult the men in lime to the top innings total in BBL history, just one night after Adelaide Strikers gun Alex Carey had broken the century drought.

Hales smashed nine fours and eight sixes in the Adelaide Oval clash as the Thunder eclipsed the Hobart Hurricanes' record innings total of 8-223, en route to 5-232 in the 'Sydney Smash'.

And while captain Moises Henriques (56 off 35), Jordan Silk (42 off 30) and James Vince (38 from 23) all made significant contributions in the chase, the Sixers fell 46 runs short.

Hales' innings was largely a mix of phenomenal power-hitting and deft shots, some of which saw him flick his wrists beautifully and send the ball hurtling to the point boundary.

The 31-year-old, who's played 70 one-day internationals and 60 T20 internationals but has fallen out of favour with England's selectors, brought up his century with a scoop over point for four off the bowling of Dan Christian.

"Right from the word 'go' he middled everything. What an innings. Well played, great entertainment, great ball-striking."

A highlight of Hales' innings was when he blasted a Lloyd Pope delivery for six over cow corner, as the 'Random Souths Guy' took a crowd catch and went berserk in triumph.

A South Sydney Rabbitohs jersey has been spotted at ice hockey in Canada, the box-office Mayweather-McGregor fight and a FIFA World Cup qualifier in Spain - and a BBL match at Adelaide Oval can be added to the list. 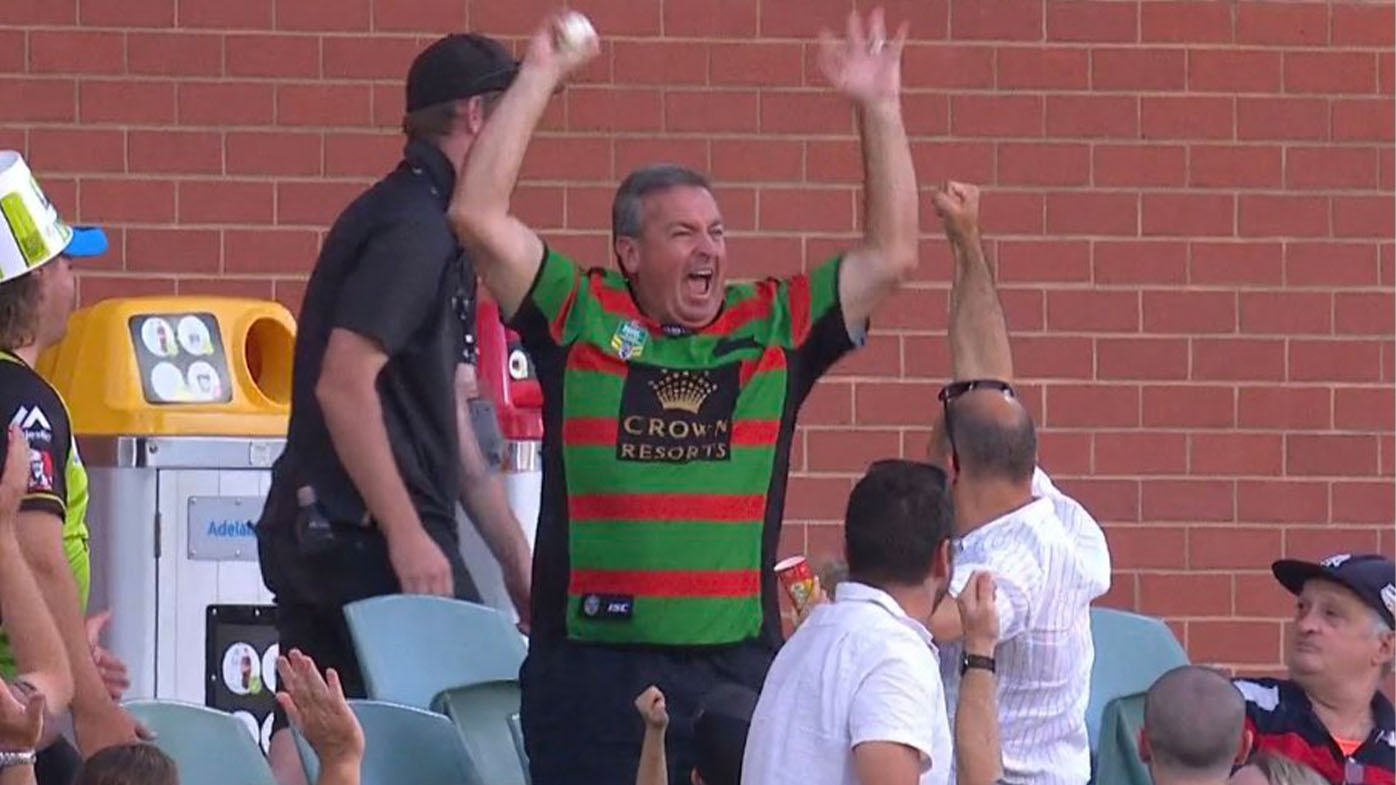