Breaching the safety protocols has cost his place on the UFC roster. revealed that the promotion severed its ties with the undefeated fighter after he helped others enter the UFC’s designated safety zone. Azaitar had a fight as recent as tomorrow at .

Azaitar planned to extend his win streak to 14-0 this weekend by a win over . However, at the time of the weigh-ins, news broke out that the lightweight will not fight this weekend. The UFC later announced that his absence at the event will be due to a violation of the promotion’s health and safety violation. 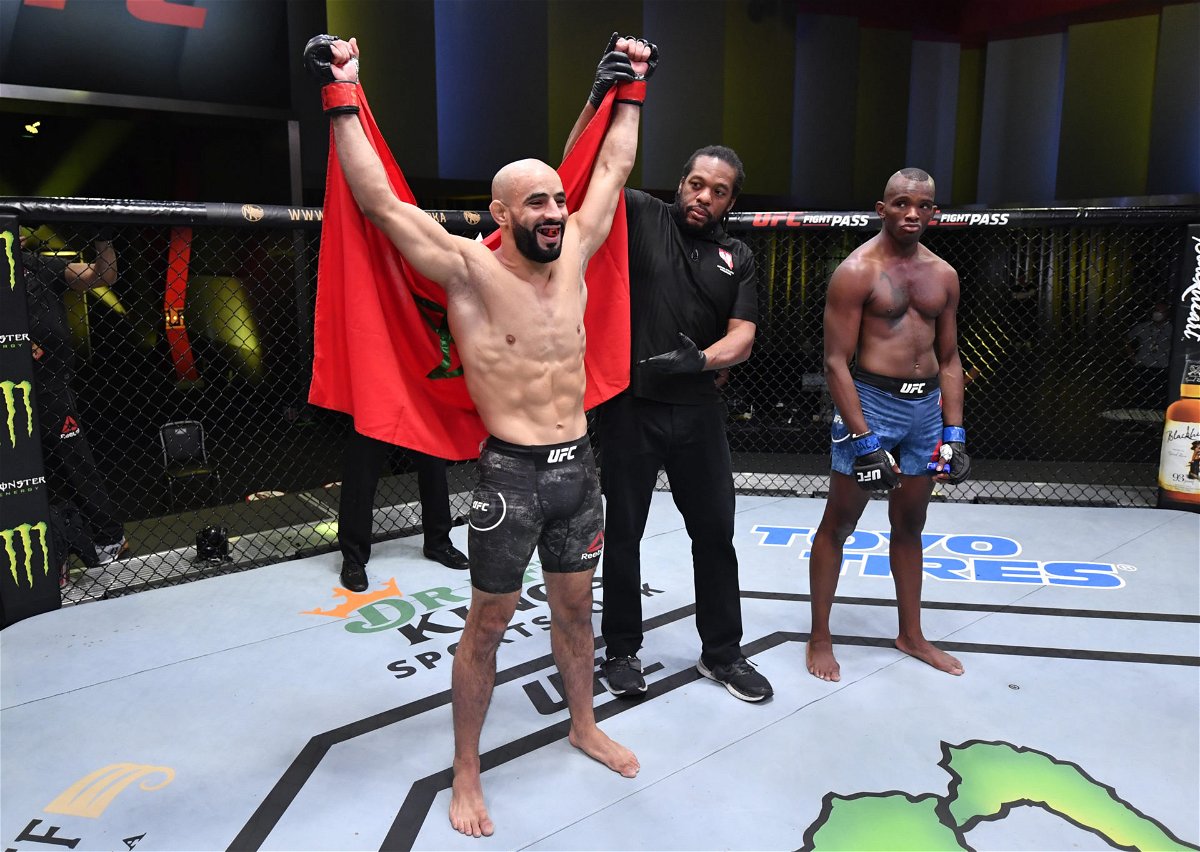 LAS VEGAS, NEVADA – SEPTEMBER 12: Ottman Azaitar of Germany celebrates after his victory over Khama Worthy in a lightweight fight during the UFC Fight Night event at UFC APEX on September 12, 2020 in Las Vegas, Nevada. (Photo by Jeff Bottari/Zuffa LLC)

For his opponent, fortunately enough, he will still retain his spot on this massive PPV event. Frevola will now step up against Arman Tsarukyan in a catchweight fight. Tsarukyan, in turn, had lost his original opponent, , due to an illness.

Dana White clears the air around the cutting of Ottman Azaitar

While talking to , the UFC supremo detailed the story behind the UFC letting go of an upcoming prospect full of potential.

“He and his team cut off their wrist bands, gave them to somebody outside the bubble, I don’t know how they even did it,” White said. “That guy taped them, showed up here with a bag, went into a room, shimmied across four balconies, went in his room dropped the bag off, changed his clothes, and then left.”

“Now when security tried to stop him, he wouldn’t stop, either way and yeah, it’s just… he’s gone. He’s no longer a UFC fighter, and he’s not fighting tonight.”

Dana White explains why Ottman Azaitar has been cut from the UFC following a health and safety breach at .

Azaitar has only had two fights in the UFC so far. The first one came at UFC 242 when he knocked out Teemu Packalen in the very first round. About a year later, ‘Bulldozer’ grabbed his second Octagon win after his over . It’s unfortunate that the 30-year-old will have to find a new promotional home.

The strict action taken by the UFC seems justified when you consider what’s at stake. If someone inside the secured premises tested positive, it would lead to the entire event being in jeopardy.