, a Kenyan insurtech startup that specialises in digital and agricultural insurance to derisk millions of smallholder farmers across Africa, has closed a Series A investment of $6 million.

The round was led by Pan-African early-stage venture capital firm,, with participation from nonprofit . The raise comes after Pula closed $1 million in seed investment from Rocher Participations with support from Accion Venture Lab, Omidyar Network and several angel investors in 2018.

Founded by and in 2015, Pula delivers agricultural insurance and digital products to help smallholder farmers navigate climate risks, improve their farming practices and bolster their incomes over time.

Agriculture insurance has traditionally relied on farm business. In the U.S. or Europe with typically large farms, an average insurance premium is $1,000. But in Africa, where smallholding or small-scale farms are the norm, the number stands at an average of $4.

It is particularly telling that the value of agricultural insurance premiums in Africa represents less than 1% of the world’s total when the continent has 17% of the world’s arable land.

This disparity stems from the fact that the traditional method of calculating insurance through farm visits is often unaffordable for these smallholder farmers. Thus, they are often neglected from financial protection against climate risks like flood, drought, pestilence and hail.

Pula is solving this problem by using technology and data. Through its product, the insurtech startup leverages machine learning, crop-cut experiments and data points relating to weather patterns and farmer losses, to build products that cater to various risks.

But getting farmers on board has never been easy, Goslinga told TechCrunch. According to her, Pula has understood not to sell insurance directly to small-scale farmers, because they can suffer from optimism bias. “Some think a climate disaster wouldn’t hit their farms for a particular season; hence, they don’t ask for insurance initially. But if they witness any of these climate risks during the season, they would want to get insurance, which is counterproductive to Pula,” said the founder in a phone call. 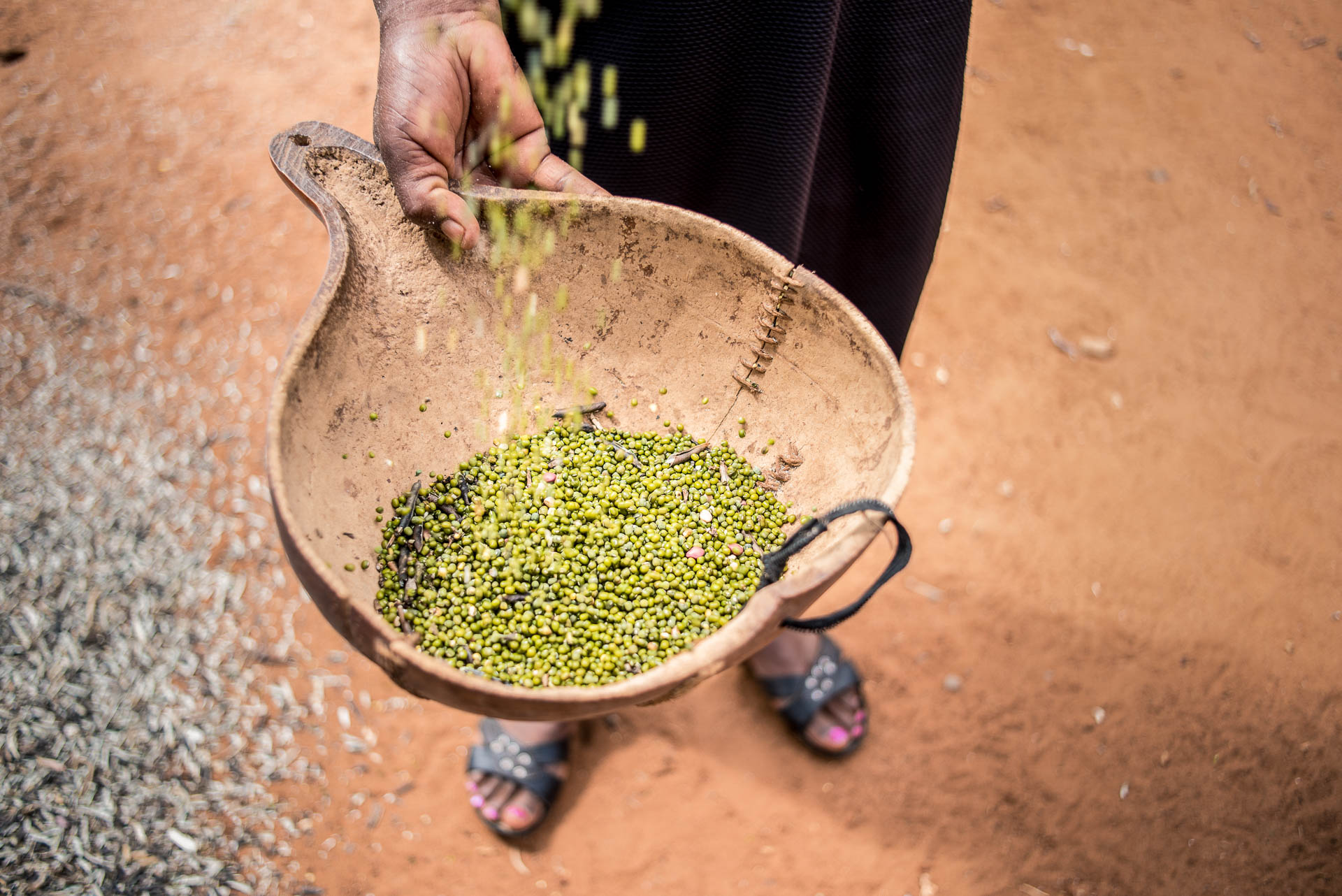 So the startup instead partners with banks. Banks provide loans to farmers and make it compulsory for them to have insurance. With the loan, banks can pay the insurance on behalf of the farmers at the start of the season. But at the end of the season, the farmer has to repay the loan with interest.

“The unit economics doesn’t work for us to work with farmers directly. But with banks, we know they provide loans to farmers with much better margins to pay for insurance. Also, we work together with government subsidy programs since they’re also interested in protecting their farmers.”

Through its partnerships with banks, governments and agricultural input companies, Pula is at the center of an ecosystem that provides insurance to smallholder farmers and has amassed 50 insurance partners and six reinsurance partners.

Its clientele includes the likes of the World Food Programme and Central Bank of Nigeria, as well as the Zambian and Kenyan governments. Social enterprises like One Acre Fund, startups like Apollo Agriculture and agribusiness giants like Flour Mills and Export Trading Group are also among Pula’s clients.

When Goslinga met Njeru in 2008, she worked for Syngenta Foundation for Sustainable Agriculture (SFSA). There, she started as a micro-insurance program for more than 200,000 farmers in Kenya and Rwanda. She met Njeru, who was the lead actuary at UAP Insurance, a partner to the Kilimo Salama program, at the time.

After staying with Syngenta for six years and recognising the need to provide standard insurance products for smallholder farmers, Goslinga left to start Pula with Njeru in 2015. However, it wasn’t until two years later that Njeru joined fulltime as he had a six-year engagement with Deloitte South Africa from 2012 as a consultant actuary. The pair both act as co-CEOs.

“When Thomas and I launched Pula in 2015, we had one goal in mind: to build and deliver scalable insurance solutions for Africa’s 700 million smallholder farmers,” Goslinga said. “With our latest funding, now is the time to break into new ground. In our five years since launching, we’ve built strong traction for our products. However, the fact remains that across Africa and other emerging markets, there are still millions of smallholder farmers with risks to their livelihoods that have not been covered.”

According to Goslinga, the COVID-19 pandemic helped Pula double its footprint and size as rural farming activities and operations continued despite pandemic-induced lockdowns.

Therefore, the new financing will scale up operations in its existing 13 markets across Africa, where it has insured over 4.3 million farmers. They include Senegal, Ghana, Mali, Nigeria, Ethiopia, Madagascar, Tanzania, Kenya, Rwanda, Uganda, Zambia, Malawi and Mozambique. Likewise, the Kenyan startup hopes to propel its expansion for smallholder farmers in Asia and Latin America.

Pula is one of the few African startups disrupting the farming industry with technology. Its Series A investment attests that investors’ appetite for agritech startups is still on the rise.

A week ago, Aerobotics, a South African startup that uses artificial intelligence to help farmers protect their trees and fruits from risks, raised a Series B round of $17 million. Last month, that provides solar power systems, water pumps and irrigation systems for small-scale farmers, raised $14 million.

Another startup is Apollo Agriculture , akin to Pula. Not only did the pair raise the same round, Apollo Agriculture and Pula both deal with providing financial resources to smallholder farmers. But while both companies might look like competitors, even to the admission of Goslinga, she argues that the startups are partners and complement each other.

As part of the new fundraise, TLcom’s senior partner will join Pula’s board. However, it was her colleague, , the firm’s managing partner, who had something to say about the round.

“The potential for the insurance market for smallholder farmers in Africa is huge, and under the leadership of Rose and Thomas, Pula has rapidly established a strong presence throughout the continent and has several high-profile clients on their books. We are confident of Pula’s potential for growth in spite of the pandemic and look forward to partnering with them as they execute the next phase of their journey,” he said in a statement.

For the lead investor, Pula’s investment marks the culmination of its busiest run of investments having led and co-led rounds in , Shara, and Ilara Health within the past year.

, CIO at Women’s World Banking, the other investor in the round, explained that the organisation cut a check for Pula “given the legions of women engaged in small-hold farming and securing the food supply for communities around the globe.”