The sporting world remains divided on the much-anticipated - which many will argue is a stain against the sport - but there is one celebrity who may deserve more credit than he deserves for his transition into the world of professional athletes.

Puerto Rican megastar and rapper Bad Bunny, who was Spotify's most-streamed artist of 2020, should be lauded for his three-month stint on the WWE according to his close friend and WWE superstar, Damian Priest.

Bad Bunny, whose real name is Benito Antonio Martínez Ocasio, earlier this year stunned wrestling fans around the world when he appeared at WWE's Royal Rumble event, where he performed a song before diving off a top rope to take down superstars' The Miz and John Morrison.

The January appearance at Royal Rumble was the beginning of a three-month stint that ultimately saw Bad Bunny team up with Priest, who's also of Puerto Rican heritage, against The Miz and John Morrison at WWE's biggest event of the year, WrestleMania, just last month. 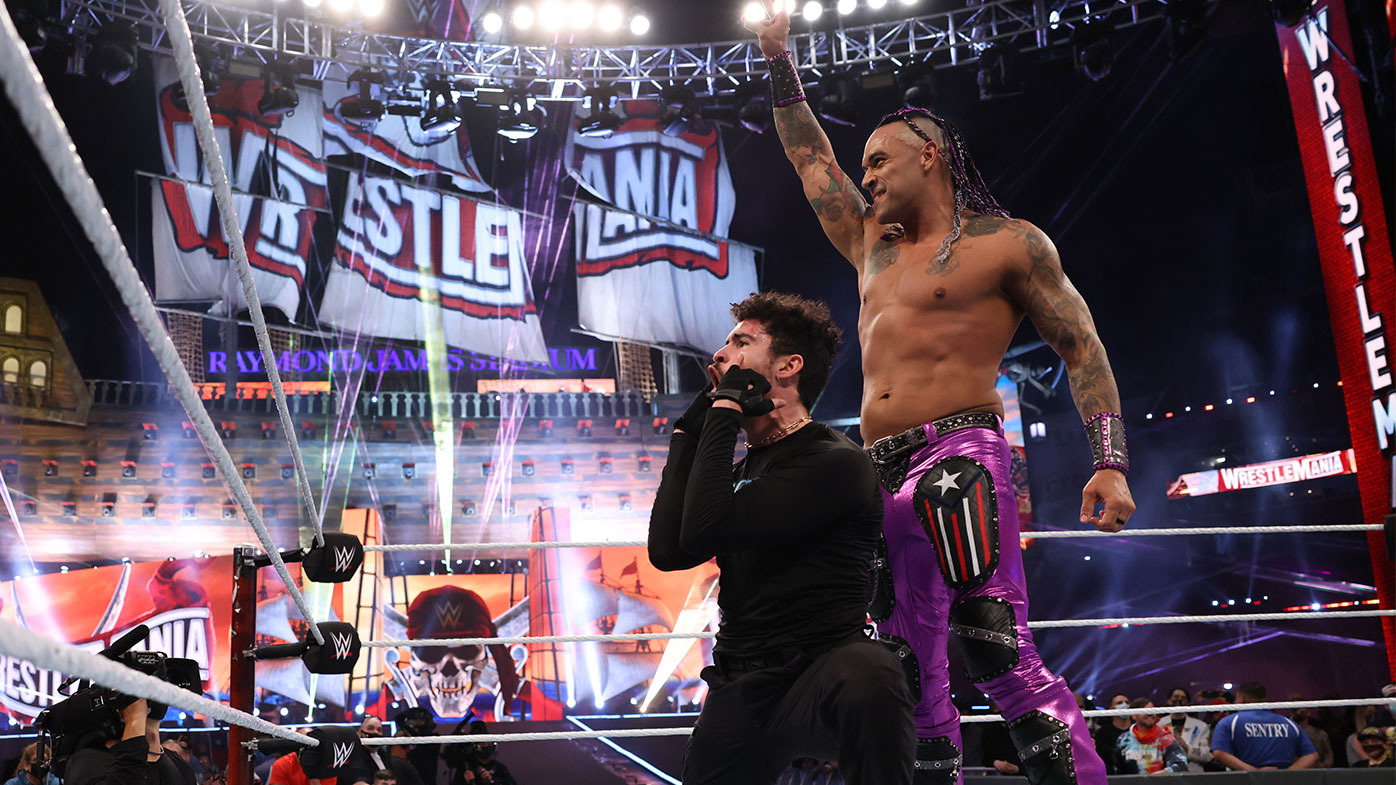 Bad Bunny's stint in the WWE finished with a WrestleMania win, but it was the reggaeton star's ability in the wrestling ring that stunned fans around the world.

"He put in the work. People don't see that side, so they don't know," Priest told Wide World of Sports.

"They figure he's just a celebrity, he's going to get that spot, whatever.

"But he didn't take it that way, he took pride in what he did. He wanted to make sure that he represented himself, his fanbase and his culture in a positive way. 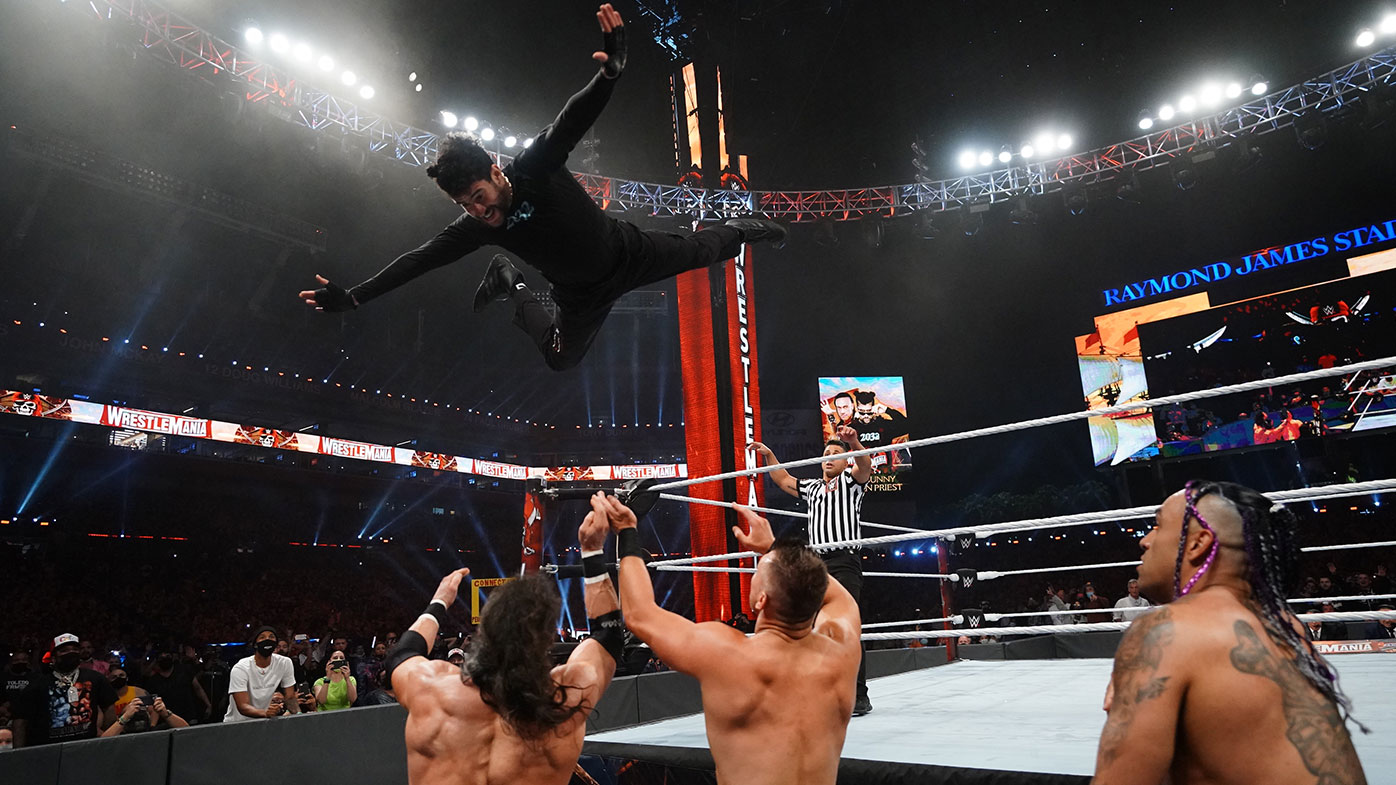 While it's no surprise to see celebrities make a cameo on the WWE and even showcase their skills in the ring, often it's been at the expense and disapproval of the fans.

The likes of movies stars Ben Stiller and Hugh Jackman to former US President Donald Trump and athletes LeBron James and Mike Tyson, are just a handful of A-list stars to have appeared on the WWE.

Priest said he was left most impressed with Bad Bunny's commitment to take the hits and undergo the training required to be a legitimate performer in the professional wrestling business.

"I saw him take his licks and keep getting back up," Priest added.

"He got lumped up, we didn't treat him lightly because he's a celebrity. We treated him like a professional wrestler in training.

"To his credit, he would get back up and say 'let's do it again'.

"We were in there every week with him and it showed at WrestleMania. He killed it, I was so happy and proud of watching him." 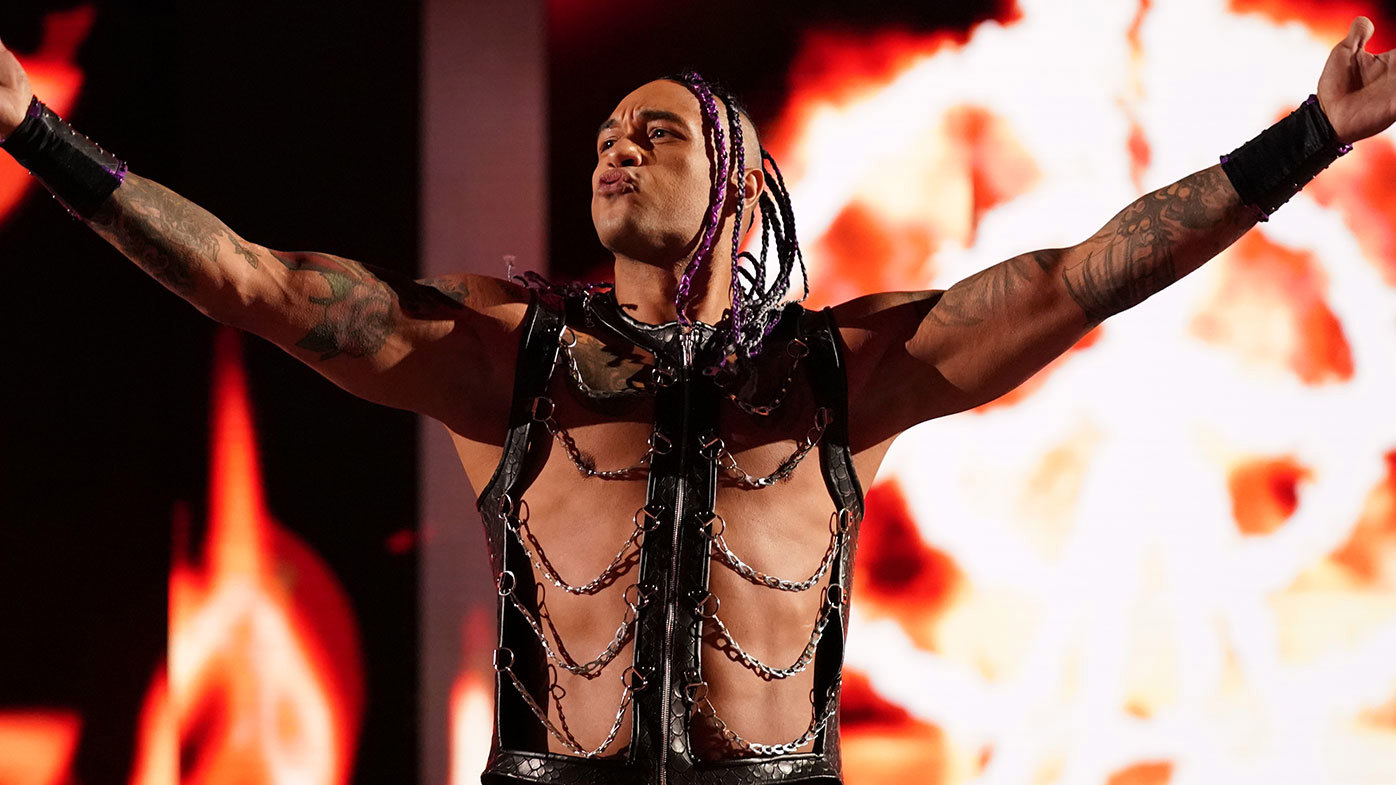 For Priest, 2021 has been a year like no other, which has seen the 38-year-old go from WWE's development brand, NXT, all the way to the company's major show, Raw.

Following two years with NXT, where Priest was a one-time holder of the NXT North American Championship, the Puerto Rican star was thrust into Royal Rumble in January before becoming a full-time member of the Raw roster, and then going on to feature at WrestleMania 37.

"Not surprising [to be promoted to Raw] because that's the goal," Priest said on his rise on 2021.

"We join the company with the hopes of being a Raw or Smackdown superstar, and don't get me wrong, NXT is a big deal.

"But you work in the same company that has these brands so it's expected at some point you will go from brand to brand, that comes with the territory.

"In my head, I had plans on NXT - things I wanted to achieve and people wanted to work with. So it was a little bit of 'Oh, I'm going now?'

"Then everything happened really fast – where it was like 'You're going to the Royal Rumble right after this match, Raw right after, then Bad Bunny and WrestleMania. So everything felt really fast.

"But I'm enjoying every second of it, this is where I want to be.

"For me, it's not crazy, as far as I'm not ready. It's more crazy that I'm happy and that this is so cool.

"Every day I wake up excited for what's coming next."