The AFL has announced the AFLW competition will expand to 18 teams by the end of 2023.

The league has committed to the expansion by its seventh season, following an AFL Commission meeting on Tuesday. However, the competition will remain at 14 teams for the 2021-22 season.

Essendon, Hawthorn, Port Adelaide and Sydney are the clubs currently without AFLW counterparts. The AFL has invited the four teams to submit proposals on joining the competition in 2022, and will use that process to determine whether they’re added for the 2022-23 or 2023-24 seasons.

AFL CEO Gillon McLachlan said the move to 18 teams was only a matter of time.

“We don’t feel the competition is whole without all 18 clubs,” he said.

“We know from the clubs that they don’t feel whole now without an AFLW team. AFLW is not just a competition that makes our game better, but a culture that makes our whole industry better.”

It’s the third round of expansion on the competition since its inception in 2017. Originally beginning as an eight-team league, North Melbourne and Geelong were added for the 2019 season, with Gold Coast, Richmond, St Kilda and West Coast joining in 2020. 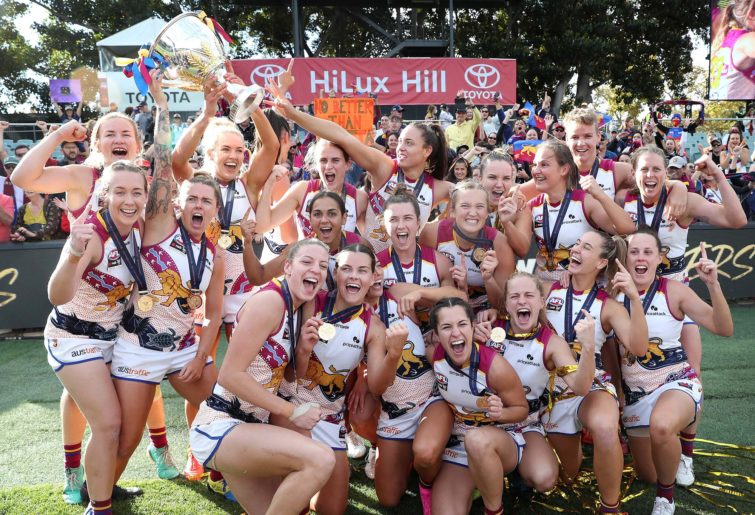 McLachlan urged Bombers, Hawks, Power and Swans fans to get behind their new AFLW sides.

“Clubs and their supporters want to be part of the AFLW, and we want another two million supporters to get behind their AFLW teams,” he said.

“We have seen the interest grow as we went from eight teams to 10, and then to 14, and we expect that growth to continue as we move to engage all 18 clubs and their supporters.”

Next year’s AFLW season will also be brought forward to prevent a clash with the AFL’s opening rounds. The 2021-22 competition will begin in December, with the grand final looking likely to be played the week before the AFL season commences.