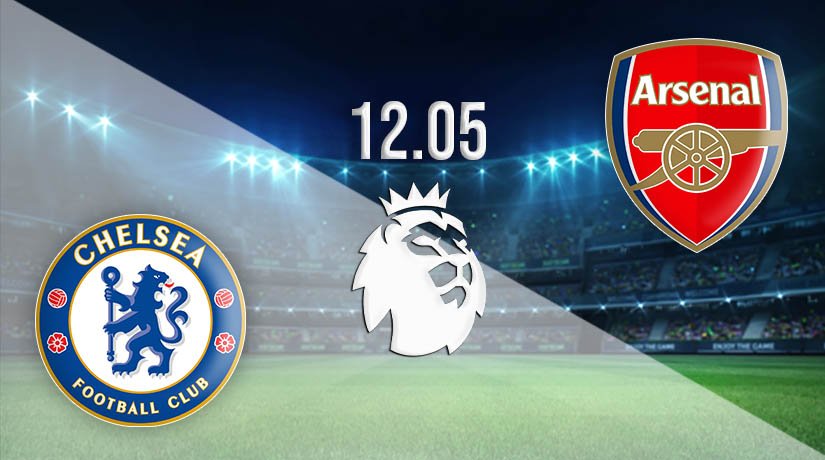 Chelsea may have a Champions League final against Manchester City to look forward to later this month, but the blues must concentrate on what remains of their Premier League campaign. They host fellow London sider Arsenal at from 20:15 GMT on Wednesday, a match you can follow live on television.

These warring neighbours are no strangers to clashing in competitive action, having served up some high-scoring matches over the years. The most recent game produced a 3-1 win for Arsenal at the on Boxing Day, with the goals scored by , and Saka. Chelsea is out for revenge, but will they get it?

This will be round 37 of the English Premier League season and the second from the last match for both clubs. The game remains without fans in attendance, but things are moving in the right direction for sports fans in the UK with fans at recent FA Cup and EFL Cup games and tickets sold for the upcoming Euro 2020 matches at .

Blues holding on to top-four

It has been a long season for Chelsea after suffering a poor end to 2020 and . He was replaced by , who has already worked wonders at the bridge. The new boss already had a talented squad to work with following the club’s summer spending spree. He has them in the top four with a chance of finishing second in the league behind champions .

have two chances to reach the Champions League next season. The most likely is through a top-four finish in the Premier League, with the other option being entry as winners of this season’s Champions League. They will face Manchester City in the UEFA final in Turkey this month and rate their chances of regaining the trophy.

Their domestic form ahead of this midweek game is strong, with Chelsea getting the month off to a winning start. They beat neighbors Fulham 2-0 on the month’s opening day before recording a morale-boosting 2-1 win over Manchester City at the Etihad Stadium on Saturday. The goals that day were scored by and , with the latter coming deep into stoppage time to win it.

It has been a frustrating season for manager Mikel Arteta and followers of Arsenal. The Emirates Stadium has been without supporters this season, and those close to the club may see that as a blessing, given just how poor the Londoners have been. They have no chance of finishing in the top four of the Premier League and will be fortunate to make it to the Europa League spots.

Arsenal is stuck in midtable after a mixed bag of form in recent weeks. They beat 3-0 on the road – a win that was to be expected – but followed that with a 1-1 home draw against Fulham, defeat against and elimination from the Europa League hands of Spanish La Liga side . Most players are looking like they’ll be happy to see the back of this campaign.

The visitors did beat 2-0 at in their first outing of the month, and that’s a result the team deserves credit for. The Magpies can be a tough nut to crack on their patch when in the mood but appear to be struggling without the backing of their world-famous support. Goals from and capped a comfortable three points for the London side.

Both teams have been miles off their best this season, but Chelsea’s form is much better than their opponents. The confidence that comes with a strong run of form, reaching the Champions League final and having home advantage will ensure Chelsea will believe they have what it takes to win this match and stay within touching distance of second.

Arsenal doesn’t have too much to play for in what remains of the season. They were and haven’t given supporters too much to cheer about in recent times. Morale is low in the camp, and it’s likely a few of these players won’t be employed by Arsenal next season. Perhaps even Arteta could find himself out of a job after choosing the Emirates as his first full-time position.

Looking through the stats attached to this fixture, there’s plenty for followers of the form to go on. Many football fans enjoy taking clues from past results when making their predictions on huge derby matches. Interestingly, both teams have scored at least once in each of the last five renewals of this fixture. We’ve been treated to a combined 19 goals in that run of five games, and armchair fans will be hoping this match falls into line.

Aubameyang has scored two goals in the last two games involving Chelsea and Arsenal, and he will be hoping to continue their form against the Blues. It may also be of interest to you that players have been sent off in two of the last three fixtures. Will we see another ordering off here or will the players hold their nerve?

The pre-match betting associated with this fixture at 22bet has Chelsea priced at odds of 1.656 to win the game. Arsenal is the away team and can be supported in the betting at 5.15 while a draw is 3.9.

As well as the match-winner betting, there’s also a long list of specials attached to the match at 22bet. The game has dozens of extra markets available to bettors, including the both teams to score list. Take yes at odds of 1.98 or back no at 1.784.

It doesn’t matter which team takes the three points at the end of the play with that bet. You are betting on both teams to find the net at least once. It gives bettors an interest until the very end. As does the total goals over/under 2.5 market.