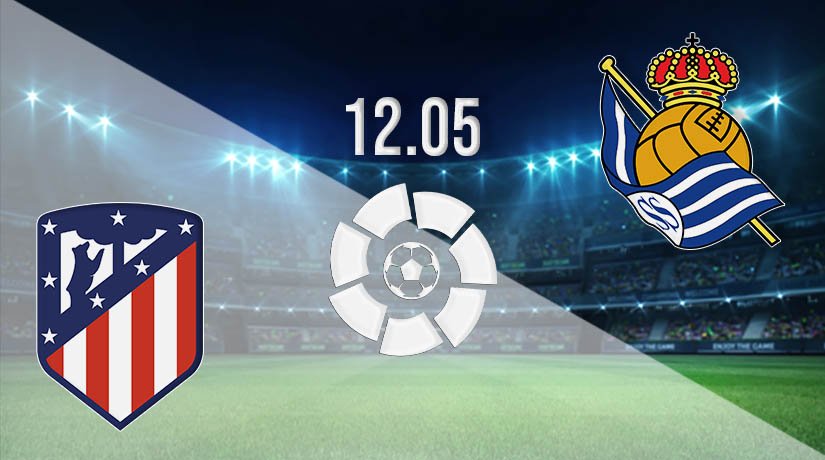 We are approaching a grandstand finish in La Liga with three teams battling it out for the Spanish crown. The race continues on Wednesday when Atletico Madrid hosts Real Sociedad in a match set to kick-off at 21:00 GMT. This will be the highlight of a four-game programme, and the pressure is on the home team to bag the three points and edge a step closer towards the La Liga title.

Atletico Madrid is currently top of the tree but has Real Madrid and Barcelona for company. The title race is likely to go right down to the wire, and Atletico fans can take heart from knowing their team’s fate is in their own hands. Win this game and each of their remaining fixtures, and they will be champions. It’s as simple as that.

These teams have met 47 times already in competitive action, and the head-to-head stats make for exciting reading. Atletico Madrid has recorded 21 wins already, with 18 going to Real Sociedad and eight draws. The most recent clash produced a 2-0 win for Atletico earlier this season, with the goals that day scored by Hermoso and Llorente. Sociedad makes this trip knowing they haven’t recorded a win over Atletico since September 2019, which was three games ago.

Madrid know they must win

Each of the top four teams in La Liga drew at the weekend, meaning the title race remains on a knife-edge. Just six points stand between leaders Atletico Madrid and Sevilla down on fourth. It looks like time is running out for Sevilla after taking one point from the last six available. That leaves us with a three-horse racing, and Atletico leads the charge for the finish line. They carry stats of 23 wins, eight draws and four defeats.

Atletico’s last five league games show three wins, one draw and a defeat. They lost 2-1 away to Athletic Bilbao in their final match of April but bounced back to beat Elche 1-0 on the road before holding on for a tense, significant goalless draw away to Barcelona. Denying Barca the win many pundits had expected of them kept Atletico narrowly ahead, and the players would have breathed a sigh of relief to see Real Madrid also drop two points.

The match at Camp Nou was one both teams knew that if they won, they would have had a great chance to win the league title, but the most crucial thing was avoiding defeat. That made for a tense 90 minutes of football that resembled a chess match with both sets of players warned against taking any unnecessary risks. This match will be similar, but the home team know they must take a bit more of a gamble.

Real Sociedad enter this match eager to hold on to their Europa League qualifying slot. The visitors arrive in Madrid, sitting in fifth place with 56 points on the board, meaning they have no chance of forcing their way into the top four and securing Champions League football for next season. Holding on to what they have got is now the priority for those in the away dressing room. Avoiding defeat at the home of the league leaders in midweek will help them achieve that.

Sociedad travels with their stats for the season, reading 15 wins, 11 draws and nine defeat, scoring 53 goals and conceding 35. It’s worth noting that Real Sociedad has scored more goals than Sevilla in fourth place but have conceded just two more than Barcelona. Fans will be wondering how their team managed to miss out on the top four in such a competitive season with such strong stats. Despite impressive numbers, Sociedad is four points better than Villarreal in sixth place and five ahead of Real Betis, who are on an unbeaten run.

In their last five league matches, Sociedad has won three and lost two. They started the month with a surprise 1-0 defeat away to Huesca but bounced back to winning ways at the first time of asking. Hosting Elche on Friday, Sociedad eased to the three points thanks to a 2-0 win. Elustondo scored the first goal that day on 72 minutes and Oyarzabal deep into stoppage time in the dying seconds of the match.

The pressure is on the home team to make a timely return to winning ways and protect their place at the top of the league. They are in the drivings seat in the closing exchanges of the season, but with Barcelona and Real Madrid waiting to pounce on any mistakes in the coming weeks, the pacesetters can’t afford any more slip-ups. It will be a tense finish to the season, with the league champions being the team that holds their nerve under increasing pressure. Will Atletico be that team?

Real Sociedad don’t have a lot to lose here. They are involved in a battle to hold their ground and secure Europa League football and understand the burden on their hosts. Sociedad could sit back and frustrate the home team, looking to keep the scores level for as long as possible in the hope of catching Atletico Madrid on the break.

The last three meetings of these teams have produced exactly two goals in each game. That was a 2-0 win for each club, with the spare being a 1-1 draw. Going back further, we note exactly two goals were scored in each of the last five.

The all-important pre-match betting odds at 22bet has Atletico Madrid priced at 1.58 with Real Sociedad a 6.1 place. Fancy the draw? That’s available at 3.9.

Other markets of note in the pre-match betting include under 2.5 goals, both teams to score or not and the correct score. When the action gets underway, there will also be in-play betting available throughout the 90 minutes. There you will find most of the original markets remain live with the odds updated to reflect the score.

Make sure to bet on with 22Bet!