Open E is a tuning that makes your open strings spell out an E Major chord.

It is different from tunings such as Open D or G in the sense that this one requires you to tighten some of your strings, while most of the open tunings consist of down tuning certain strings.

Because of this, you might actually benefit from a lighter string gauge.

It is usually recommended to upgrade to heavier gauges when you experiment with the other open tunings just mentioned such as Open D or G, so take this into account if you’re curious about trying Open E.

Having your lowest string tuned the same as in standard tuning and being able to play major chords with a one finger barre shape will feel comfortable right off the bat, as you don’t need to relearn that string!

One of the biggest Open E players nowadays is Derek Trucks. He’s arguably the best slide player around today, and he’s been playing in this tuning since he was a kid, heavily influenced by his idol, Duane Allman from The Allman Brothers Band.

By the way, make sure to check out our guides to and tuning.

How To Tune Your Guitar In Open E tuning

That means that instead of the usual EADGBE you have in standard tuning, you’ll have the following notes (starting from the lowest string):

You might have noticed already that the notes on the 5th, 4th and 3rd strings are actually higher pitched than they usually are in standard tuning. This will increase the tension on your neck, so be wary!

A good thing to do if you’re planning on keeping a guitar in Open E for extended periods of time is taking it to a professional who can set it up perfectly for this tuning. You don’t want to damage the neck on your guitar by increasing the tension from the strings.

Also, if the strings feel too stiff, consider lighter strings.

If you haven’t got a tuner handy, you can go from standard tuning to Open E by ear, but a tuner is most definitely recommended.

One of the ways you can use to go from one tuning to the other would to do the following:

Despite being perfectly acceptable to tune your guitar this way, a tuner is still recommended, as the tuning stability isn’t perfect when changing tunings, and you most likely need to readjust all strings after you finish tuning for the first time.

How to play chords in Open E tuning

Major chords consist of a root note, a major third and a perfect fifth.

The Open E tuning makes playing major chords a breeze, because you can literally play them with one finger across the neck, just like in the other open tunings you might have tried out.

Since the 6th string is still an E, it is even easier to find your root notes than it is in Open G or D, since you do have to drop that string to a D in those tunings.

Here are a couple of examples of how you play major chords in Open E: 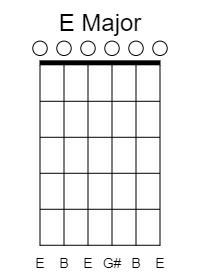 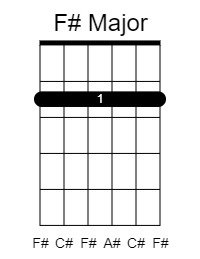 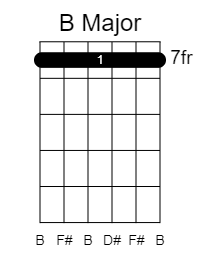 Minor chords contain a root note, a minor third and a perfect fifth – drop the 3rd by a semitone on a major chord and you now have its minor counterpart.

Because of this, you can’t play them with a one finger barre shape, but they aren’t super challenging to play either.

Here are some examples to get you started: 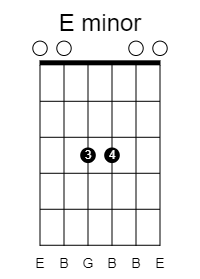 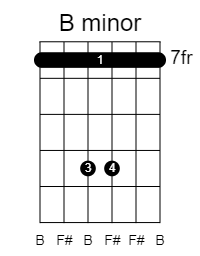 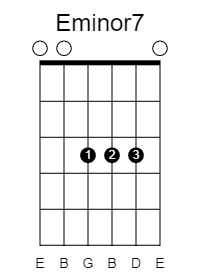 Seventh (or dominant) chords contain a root, major third, perfect fifth and a minor seven. The tritone interval found in them makes them dissonant, which is why they sound great when you resolve them into its corresponding first degree chord (for instance, resolving G7 into C Major).

They appear all the time in all music genres, but you’ll find them even more frequently in blues. Since this tuning is quite blues oriented, these are a must know!

Find some suggestions on how you can play these chords in Open E. 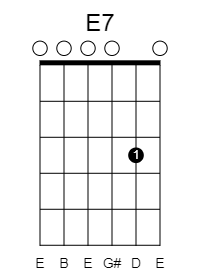 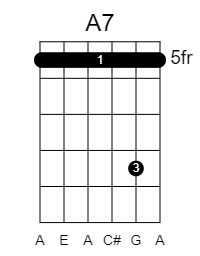 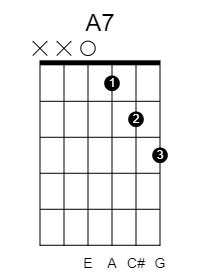 In some contexts, nothing beats the sound of a full bodied chord with open strings ringing. This is a resource that guitarists should take advantage of when they can.

Here you have a few examples of open chords you can play in Open E: 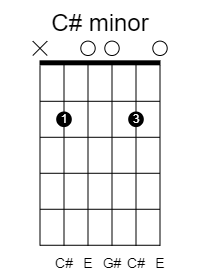 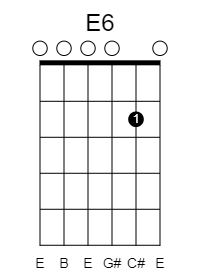 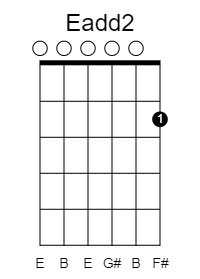 Since we don’t have our strings tuned by fourths anymore when we’re in Open E, the finger patterns that worked to play scales before have to be relearned in this new tuning.

This section will show you where you can find the notes for the most commonly used scales in Open E.

Here’s where you’ll find all of these notes on your fretboard when you tune your guitar to Open E:

In E Major, this translates to the notes E F# G A B C and D.

The following diagram illustrates where those notes are found in Open E:

A tried and tested scale for melodic ideas and solos across any genre, the minor pentatonic scale uses the following notes: 1 b3 4 5 b7.

Here’s the location of those notes on the fretboard of a guitar in Open E:

The minor blues is another great choice for soloing, especially in a blues context.

In summary, it is the same as the minor pentatonic scale, but with an added note, which we call the blue note (b5 of the scale).

In E, this translates to the following notes: E G A Bb B and D.

Find those notes on the following frets after tuning to Open E:

Another popular choice is the major blues scale.

It is basically the same as the major pentatonic scale, but with an added b3 (the blue note in major blues).

Here are the frets that correspond to those notes in Open E tuning:

You’ll notice that The Allman Brothers Band has an extensive catalog of songs written in Open E, the tuning that the legendary guitarist Duane Allman mainly used for his classic riffs and slide licks.

Statesboro Blues is a great starting point to learn some blues language in Open E.

Joe Walsh also played in Open E in some songs such as Rocky Mountain Way.

This song features easy to learn phrases that you could apply to other songs with ease, making it a great choice to learn.

The Rolling Stones – No Expectations

The Rolling Stones used open tunings on almost every song in their discography, and although most are in Open G, some other tunes like No Expectations are played in Open E.

Remember, you can always use a capo to transpose your favorite riffs to other keys. For instance, place it on the second fret and you’ve got Open D. 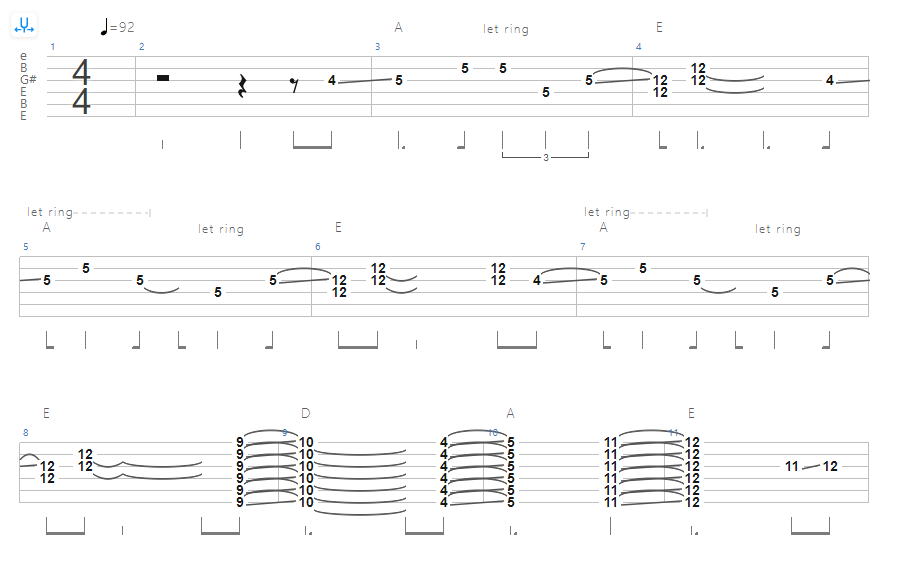 A classic song by Joni Mitchell, Big Yellow Taxi uses very simple one finger barre voicings and other easy chord shapes that will get you used to this tuning in no time.

The heaviest sounding song on this list, Headlong Flight by Rush proves that Open E is useful for more genres of music other than blues and classic rock!

Open E is a fantastic choice if you’re curious about open tunings. One of the main reasons is that you don’t need to relearn your lowest string, which will help when you need to quickly find the root notes of your chords.

However, take into account that you’ll be subjecting your guitar to a higher tension on its neck, so be careful not to damage it.

Make sure to experiment with a slide, your guitar action, string gauge and you might find that this is the tuning for you!