Study: Wake Up an Hour Earlier, Cut Your Depression Risk by 23 Percent 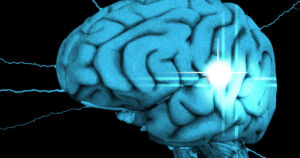 Anyone who’s not a morning person knows how patently wrong the 9-to-5 schedule of the world can feel. After all, the early bird gets the worm, and the Snooze button (a least to us non-morning people) is less a simple extension of sleep, and more an opioid-like drip of shelter for five more minutes from the hellish break of day.

So we’ll take all the motivation we can get — like this new finding, that waking up an hour earlier can cut your depression risk by 23 percent.

Yes, that’s right: 23 percent. The , published this week in JAMA Psychiatry, was conducted by researchers at the University of Colorado Boulder, Harvard, and MIT.

They combed over the genetic data of over 800,000 subjects from 23andMe and UK Biobank (data that’s been described as the “world’s largest imaging sample” in ). Of these subjects, 85,000 of them wore sleep trackers. Another 250,000 of them filled out sleep preference surveys, in which participants self-identified as larks (or morning people), night owls, or whatever’s in between.

On average, most people went to bed around 11PM and woke up around 6AM. The researchers then compared that information with a dataset of genetic information that included things like medical records, whether or not they’ve been prescribed anything for depression, as well as whether or not they’ve been diagnosed with any kind of depressive disorder.

The results were striking: “Genetically proxied earlier diurnal preference was associated with a 23 percent lower risk of depression.” In other words, those with genetic variants marking them as morning people were 23 percent less likely to be predisposed towards depression than those who weren’t. The study found that moving back one’s bedtime by only an hour — and sleeping the same amount —could knock 23 percent off their risk for depression. Just as wild is the finding that cutting one’s bedtime back two hours (and again, sleeping the same amount) could reduce the chance of depression by 40 percent.

According to a by the University of Colorado Boulder, the study’s lead author Iyas Daghlas, M.D. explained: “Our genetics are set at birth so some of the biases that affect other kinds of epidemiological research tend not to affect genetic studies… We live in a society that is designed for morning people, and evening people often feel as if they are in a constant state of misalignment with that societal clock.”

Daghlas was careful to note that a larger, random clinical trial is needed to certify the determination that waking up earlier can actually reduce depression for people who wake up later, as opposed to finding a simple correlation between bedtimes and depression. But he’s getting at something important, up there: It’s not just the genetics of late-risers making them more prone to depression. It’s that their genetics exist in a society that moves at a different pace, on a different timescale than them. As a result, that can make them feel behind, alienated, or like they’re always catching up in some way, or struggling in a way many people don’t.

This is good news, in the sense that taking action against being a late-riser could result in positive gains, in spite of those predispositions. Night owls aren’t doomed, in other words. And while a night owl attempting to become a morning person faces an uphill battle, it’s entirely possible that with a little bit of work, and , it’s a change most of us are more than capable of making. It just takes a little willpower. There’s a lot to be said about waking up on the right side of the bed. As it turns out, there might be more to be said about which side you fall asleep on it, or at least what time you do.