One CRISPR Treatment Lowered Cholesterol in Monkeys by 60 Percent 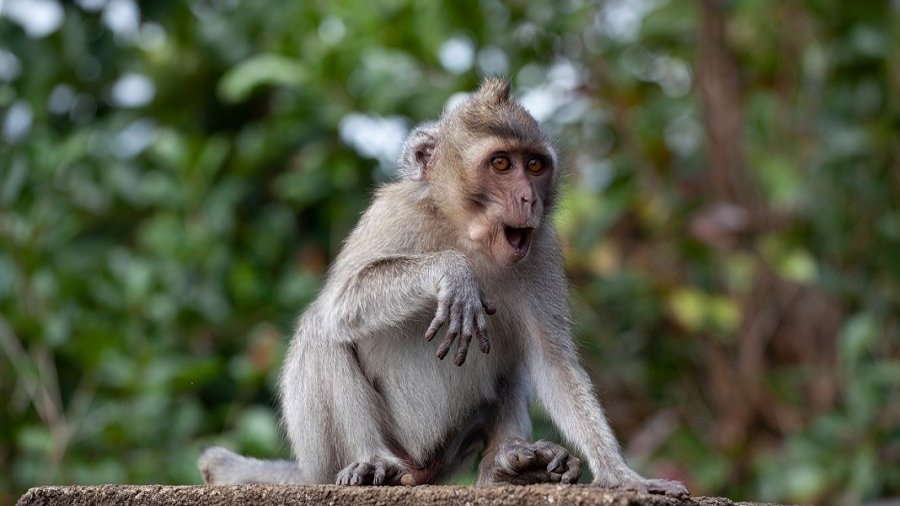 More than one in three American adults have , which can lead to serious health problems like heart disease and stroke. The best remedies we have right now are cholesterol-lowering drugs called , a diet rich in vegetables and low in fat, and good old-fashioned exercise. But in the future, there may be another way to reduce our cholesterol levels.

A published last week in Nature described how a team of scientists from the University of Pennsylvania and biotech company used the gene editing tool CRISPR to lower LDL cholesterol in monkeys by 60 percent in just one week. And, the monkeys’ cholesterol levels stayed low for over eight months after a single dose of the treatment.

Because of the health problems associated with too much of it, we often think of as a bad thing. But it’s actually essential to multiple functions in the body; cholesterol helps form the protective layer of the cell membrane, and helps the body make bile, vitamin D, and certain hormones.

The two main types of cholesterol are LDL and HDL, or low-density lipoprotein and high-density lipoprotein. LDL is the bad guy, as an excess of it often means it starts building up on artery walls. In extreme (but not so rare, if you look at heart disease rates) cases, LDL cholesterol can cause a total blockage of an artery and lead to a heart attack.

A gene called is in charge of making a protein (of the same name) that regulates cholesterol. Mainly active in the liver, the protein doesn’t break down cholesterol directly, but breaks down the receptors on the surface of liver cells that bind to LDL particles. Too much PCSK9 protein means more breakdown of receptors, which means fewer receptors standing ready on cells to do their job of removing cholesterol from the blood.

Conversely, if there’s less PCSK9 floating around in the blood, more LDL receptors will bind to cells, and more cholesterol will get cleaned out of the system.

In the study, the team manipulated the PCSK9 gene by changing a single nucleotide from A to G at a specific location. The adenine , which don’t strand like the original CRISPR-Cas9 tool does, were encoded in mRNA then injected into the monkeys using (these are, in simple , tiny balls of fat, and were a key ingredient in the mRNA vaccines).

This seemingly tiny edit to the gene was enough to largely disable it; the gene stopped making as much PCSK9 protein, so there were more receptors on the monkeys’ liver cells to absorb and break down the cholesterol in their blood.

The result? The monkeys’ LDL cholesterol levels went down by an average of 65 percent within a week after receiving the treatment. Monkeys that received a higher dose of the treatment (but still just one injection) had their LDL stay 60 percent lower for 8 months—and counting.

Blocking the PCSK9 protein isn’t a new idea. The FDA approved the first two —alternatives to statins—in 2015. The drugs need to be injected into recipients every two to four weeks. Other therapies that target PCSK9 also require frequent dosing, from every six months down to every day.

A study similar to this one was , also led by Verve Therapeutics; it showed a 59 percent decrease in monkeys’ LDL cholesterol after 2 weeks, but didn’t report on longer-term effects.

Though many believe there will never be a true substitute for a healthy lifestyle, this also isn’t the first study that suggests we might be able to science our way out of some big health problems one day. Scientists are working on an “” that would be pretty much what it sounds like: you’d take a pill that would cause your body to mimic the chain of events that occurs when you exercise, reaping the same health benefits without having to hit the treadmill or the weight room.

Similarly, last year researchers to increase muscle mass in mice, with much success; the muscle mass and strength level of the treated mice more than doubled in four months, while the mice ate a diet high in fat and did minimal exercise.

The gene editing method used to lower the monkeys’ cholesterol won’t be used on humans anytime soon, but the tool’s success shows promise for a similar therapy to one day be approved for humans.

Derek Lowe of Novartis Institutes for BioMedical Research, who was not involved in the study, wrote in an accompanying , “There are a lot of disorders…that could be potentially targeted by such genetic fixes, and most of them frankly have no real therapeutic options at all as things stand. We are getting closer…to being able to work down that list, to reach into the body and fix such defects by a technology that (if you’d shown it to people a few decades ago) would have been hard to distinguish from magic. These are great times.”