Humans are making it tough for seabirds to breed 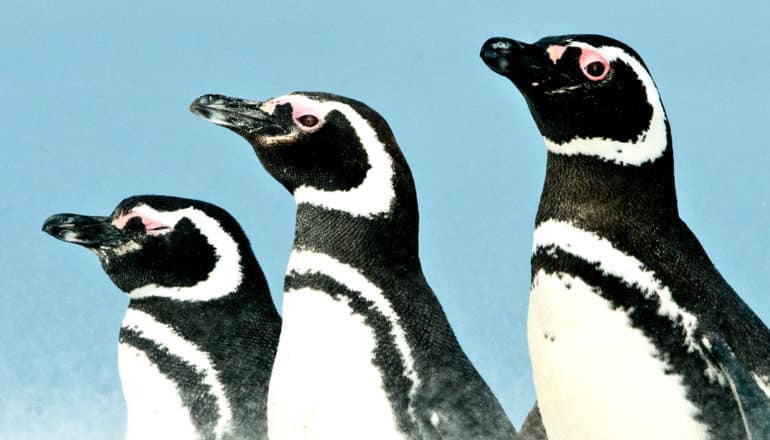 These are the conclusions of a study in  analyzing more than 50 years of breeding records for 67 seabird species worldwide.

The researchers discovered that reproductive success decreased in the past half century for fish-eating seabirds north of the equator. The Northern Hemisphere has suffered greater effects from human-caused climate change and other human activities, like overfishing.

Seabirds include albatrosses, , murres, penguins, and other birds. Whether they soar or swim, all seabirds are adapted to feed in and live near ocean waters. Many scientists view seabirds as sentinels of habitat health because their lives and well-being depend on sound conditions both on land and at sea, says coauthor P. Dee Boersma, a professor of biology at the University of Washington and director of the Center for Ecosystem Sentinels.

“When seabirds aren’t doing well, this is a red flag that something bigger is happening below the ocean’s surface…”

“Seabirds travel long distances—some going from one hemisphere to the other—chasing their food in the ocean,” says Boersma. “This makes them very sensitive to changes in things like ocean productivity, often over a large area.”

In addition, seabirds congregate at particular sites along coasts to breed and , which makes them vulnerable to changing shore and surface conditions and restricts how far they can travel for food while still successfully raising their chicks, Boersma says.

Seabird diets play a major role in their ability to rear chicks. In the north, fish-eating seabirds saw a significant decline in reproductive success over the study period. In addition, surface-feeding birds in both hemispheres were more prone to reproductive failure, regardless of whether they ate fish or smaller plankton, like krill. 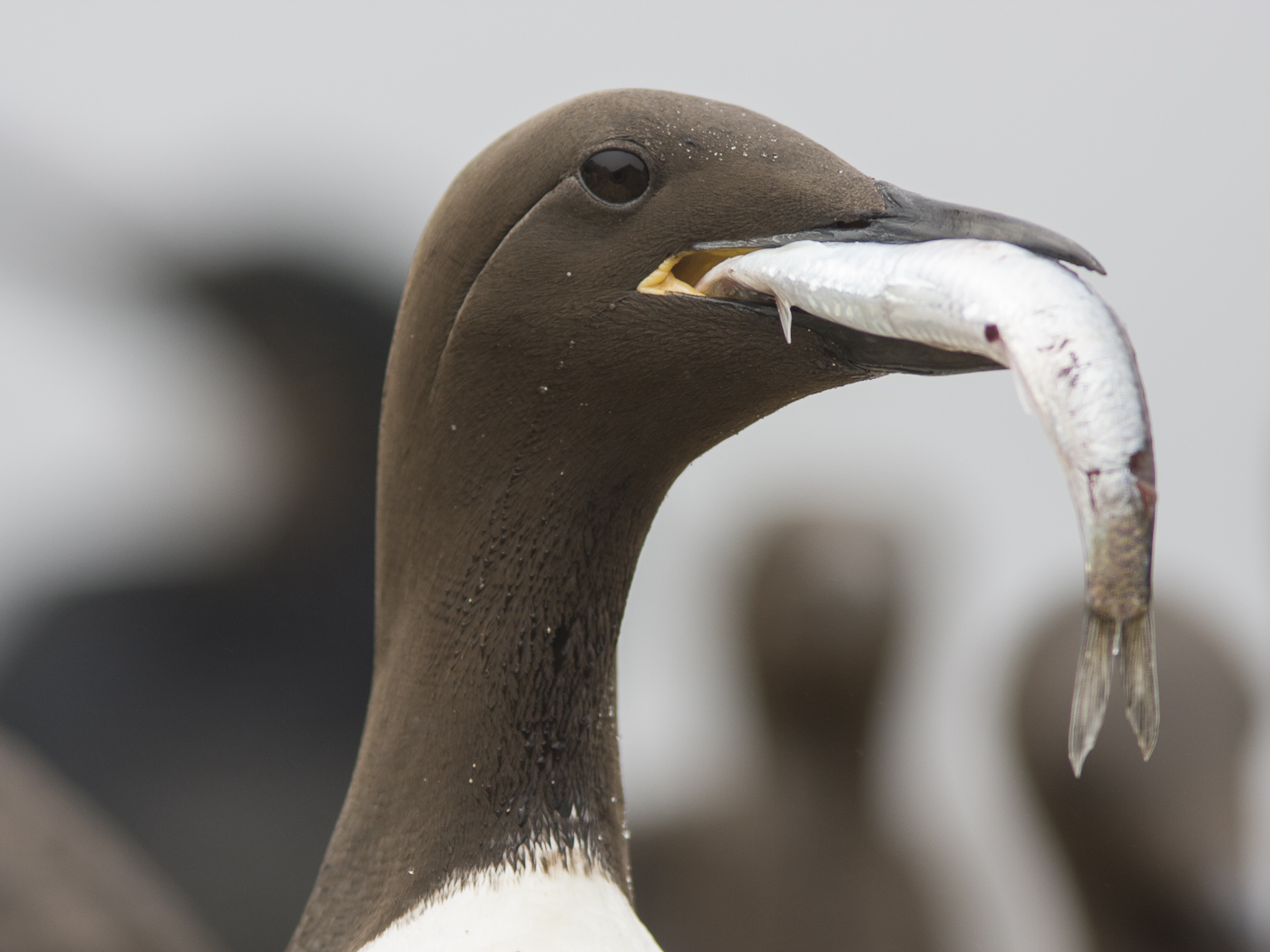 A common murre delivering an anchovy to its chick on Southeast Farallon Island in California. (Credit: Ron LeValley)

The researchers believe changing environmental conditions are to blame. Seabirds must travel far for food, and eat a lot—murres, for example, must consume half their body weight in fish daily. Nearly 1 million murres starved to death and breeding colonies crashed in 2015-2016 due to a long-term marine heat wave that disrupted food webs in the northeast Pacific. Climate change is causing more frequent and more extreme events like those heat waves, and seabirds out in the ocean face other threats as well.

“They have to compete with us for food. They can get caught in our . They eat our plastic, which they think is food,” says Boersma. “All of these factors can kill off large numbers of long-lived seabirds.”

These changes have implications beyond seabirds.

“What’s also at stake is the health of fish populations such as salmon and cod, as well as marine mammals and large invertebrates, such as squid, that are eating the same small forage fish and plankton that seabirds eat,” says William Sydeman of the Farallon Institute in California.

“When seabirds aren’t doing well, this is a red flag that something bigger is happening below the ocean’s surface which is concerning because we depend on healthy oceans for quality of life.”

The team found high variability in reproductive success among species, showing that additional research is needed to understand all of the factors that shape feeding and breeding for these species.

Boersma’s research on South American penguins illustrates just how much local conditions at sea and on land shape reproductive success. For the study, she contributed more than 35 years of data on breeding success at Punta Tombo, a site with one of the largest breeding colonies for Magellanic penguins in southern Argentina. Over nearly four decades, Punta Tombo has changed rapidly.

“Today the breeding population at Punta Tombo is about half of what it was in the early 1980s,” says Boersma.

During the breeding season each summer, must frequently return to the water to catch fish for their chicks. Changing ocean conditions mean that adults must travel farther from Punta Tombo to find food, increasing the risk of chick starvation, Boersma says. Conditions on land, such as frequent storms, can also destroy nests and kill chicks, she adds.

Conditions far out at sea, where Magellanic penguins spend months feeding each winter after the breeding season, are also shaping Punta Tombo. The proportion of male Magellanic penguins at that site has risen over the years, and as a result many males cannot find a mate. Boersma and her team have found that harsh oceanographic conditions punish more than males. In addition, juvenile females are more likely to die at sea while they’re trying to find food.

Southern seabirds fared better overall, the researchers found. But over time, southern conditions may catch up to the already-poor conditions in the north, Boersma says.

These findings can be a call to protect sentinels like seabirds, as well as other species affected by rising ecosystem stress, the researchers say. This requires protecting seabirds across all of their habitats, on land and at sea.

On land, seabirds can attract a lot of attention from people, especially during breeding seasons. But this doesn’t necessarily translate to greater protection for breeding colonies.

For example, Boersma and two colleagues recently surveyed almost 300 breeding colonies for penguins around the world that are open to . Fewer than half had management plans to protect the environment, parents and chicks from curious human visitors.

At sea, establishing marine preserves would protect seabird feeding waters from overfishing, vessel traffic, pollution, and energy extraction—giving these birds a much-needed boost in the face of climate change.

“By knowing what is important to a species for success, we can make the world a better place for its survival,” says Boersma.