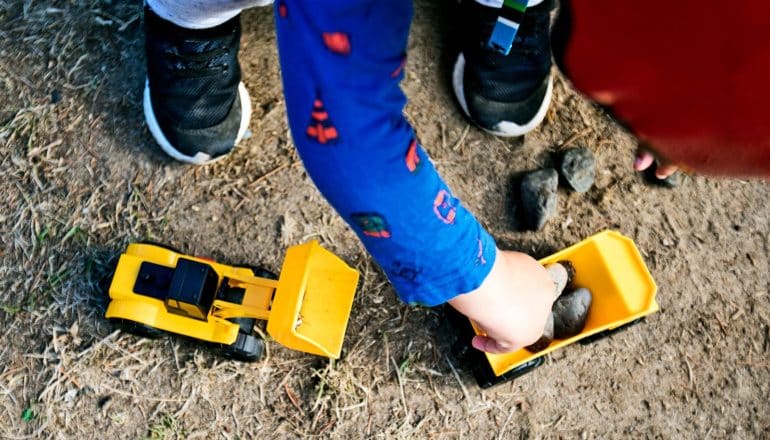 Decades after federal bans ended widespread use of lead in paint and gasoline, some urban soils still contain levels that exceed federal safety guidelines for children, a new study finds.

Researchers analyzed and mapped soil lead concentrations along 25 miles of streets in Durham, North Carolina, a city of about 270,000 people. They found that while soil lead levels have generally decreased since the 1970s, they have decreased much less near residential foundations than along streets.

The researchers collected near foundations of houses built before 1978. Samples within a meter of the older homes averaged 649 milligrams (mg) of lead per kilogram (kg) of soil, more than three times the average level detected near streets, which was 150 mg/kg.

EPA guidelines say exposure to soil lead concentrations above 400 mg/kg is associated with potential long-term health risks to children, including possible damage to the brain and nervous system, slowed growth and development, learning and behavior problems, and hearing and speech problems.

“Urban soil processes are driving lead concentrations down over time, but it’s alarming that lead levels in some locations—typically older, —still far exceed safe levels decades after leaded gasoline and lead paint were phased out,” says lead author Anna Wade, a postdoctoral researcher at the US Environmental Protection Agency and a 2020 PhD graduate of Duke’s Nicholas School of the Environment.

The researchers shared their findings with Durham public health groups and plan to conduct similar mapping studies in five or six other cities nationwide.

Determining where contamination risks persist, and why contamination is decreasing at different rates in different locations, is essential for mitigating those risks, Wade says. However, many cities lack the resources to conduct the regular city-wide sampling needed to obtain that data.

“Our study had to go all the way back to the 1970s to find comparable data for portions of the 35-square-kilometer area [about 13.5 square miles] we sampled,” Wade says.

“There’s been a lot of interest in mitigating lead exposure in cities, but most is focused on reducing risks within the home. Our study reminds us about the outdoor environment where exposure risks also exist,” says Daniel D. Richter, professor of soils at Duke.

Curbside soil lead levels have dropped over time as the result of human and natural causes, the study suggests. Those causes include accelerated erosion and , which has carried away some contaminated surface soils, depositing them in nearby floodplains.

Digging for road construction and repair also contributed to the drop by mixing and burying some contaminated soil deeper underground.

Foundation soils are less affected by these processes. Also, soils near many older homes continue to receive chips and dust from old leaded paint. Soil lead levels are thus decreasing more slowly near older homes, and those soils continue to pose a higher risk.

In larger cities that see more traffic, such as New York or Chicago, soil lead levels along heavily travelled streets have historically been high. In larger cities, those levels may still be unacceptably high, Wade says. Implementing regular, widespread soil testing is the only way to know for certain.

“Large-scale sampling reveals patterns of soil lead distribution that you miss through spot checking,” Richter says. “That can make the problem more predictable and remediable and encourage cities to act on this issue rather than just letting it be.”

The study appears in . Additional coauthors are from Duke and Indiana University.