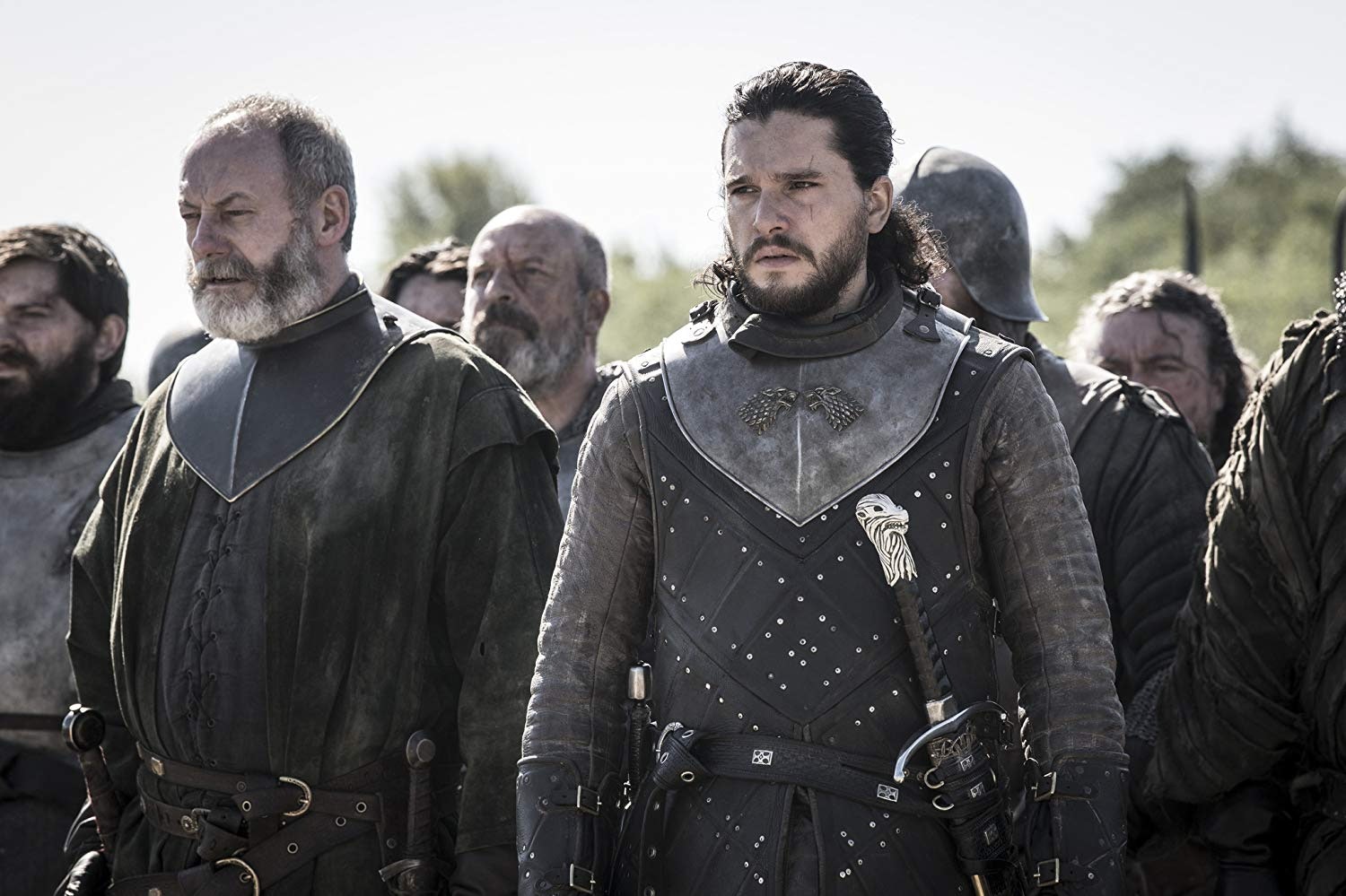 The White Walkers are being left out in the cold.Back in 2019, a was confirmed to be on the way, complete with a cast and crew already filming the first (of hopefully many) seasons. Though the show went ahead and filmed a pilot, it was surprisingly canceled by HBO.

its run on HBO in May 2019. With eight seasons under its belt, the series will be remembered as a critically-acclaimed series that was arguably one of the last great watercooler series of the modern era. Featuring an ensemble cast led by Peter Dinklage, Lena Heady, Kit Harington, Emilia Clarke, Sophie Turner, and Maisie Williams, the world of and characters in Game of Thrones are now lovingly and permanently a part of the fabric of pop culture. Considering how big the first series was, it’s hardly a shock the prequel series was greenlit.

Here’s everything we know about what could have been with Bloodmoon, the Game of Thrones prequel.

When was the Game of Thrones prequel supposed to release?

An exact release date was unknown. Principal photography for the prequel pilot began in early May 2019 in Belfast, Ireland, according to . George R.R. Martin provided a hopeful message in , saying that post-production was completed on the pilot. The show was expected to air at some point in 2020, a year after the final season of Game of Thrones.

HBO programming president Casey Bloys seemingly confirmed this information in 2017. Reported via , Bloys commented, “My guess is it would be at least a year before you saw anything else” after the final season of Game of Thrones. What I don’t want is the attention to be drawn from the final season, which I think is going to be epic and amazing, and somehow have the distraction of a new Game of Thrones airing right after that. It’s best to separate it and that’s what we’ll do.”

However, the new HBO boss Bob Greenblatt seemed a bit more hesitant about GoT spinoffs. “I think to figure out a way to sustain Game of Thrones or the Game of Thrones world for the future is a really good idea — if it makes sense creatively and if everybody is on board,” he said to . “Because the last thing you want to do is roll out a spinoff or two and they’re not up to the standard of the original show and then you’ve just sort of failed miserably.”

“Can you really do two spinoffs? I don’t know,” Greenblatt said. “I’m not even sure you can do one.”

What was the Game of Thrones prequel’s actual title?

While speaking with , Martin reconfirmed the prequel series doesn’t have a title. Since the Game of Thrones series finale was titled “The Long Night,” it’s unlikely the prequel series would also have the same title even though Martin wrote on he had suggested it.

Per , it was previously believed that the new working title for the prequel series is Bloodmoon. A source speaking with ES shared that “those working on the set in Belfast are referring to the series as Bloodmoon. Producers have put together a stellar cast and it will be must-watch telly for anyone who loves Game of Thrones.”

What was the Game of Thrones prequel’s plot?

HBO hasn’t revealed much about the prequel, but it has released a description.

“Taking place thousands of years before the events of Game of Thrones, the series chronicles the world’s descent from the Golden Age of Heroes into its darkest hour. From the horrifying secrets of Westeros’s history to the true origin of the White Walkers, the mysteries of the East to the Starks of legend, only one thing is for sure: It’s not the story we think we know.”

Martin narrowed down the timeline a bit more and gave a few more details in an interview with . “It’s closer to 5,000 years,” he said. “Westeros is a very different place. There’s no King’s Landing. There’s no Iron Throne. There are no Targaryens — Valyria has hardly begun to rise yet with its dragons and the great empire that it built.”

In July 2019, interviewed Martin again. This go-round, he revealed five key facts about the prequel series. The information Martin revealed ties directly to the plot, including what the sociopolitical structure of Westeros will look like, which characters to keep an eye on, which Game of Thrones character could return in a big way, and what familiar locations will be revisited. Martin’s reveals are:

Who was in the Game of Thrones prequel cast?

was meant to star as “a charismatic socialite hiding a dark secret,” according to .

The prequel had also cast Miranda Richardson as what would have been a series regular if HBO ordered it to series, reported.

The rest of the cast included Josh Whitehouse, Naomi Ackie, Denise Gough, Jamie Campbell Bower, Sheila Atim, Ivanno Jeremiah, Georgie Henley, Alex Sharp, and Toby Regbo. However, no details about any of their characters were ever revealed.

Who was part of the Game of Thrones prequel crew?

Clarkson also directed the pilot. She previously worked on The Defenders and Jessica Jones and will direct the next Star Trek film.

When was the Game of Thrones prequel canceled?

In true Game of Thrones fashion, the death of the prequel was sudden and came out of nowhere. In October 2019, multiple outlets reported that HBO with the series. But looking further behind the scenes, it begins to come clear why it happened. Much like Game of Thrones, the prequel pilot’s filming . The episode underwent massive changes, including recasting, reshooting, and redeveloping. HBO allegedly even expressed dissatisfaction with the pilot, asking for new edits before scrapping the project entirely.

Will there be other Game of Thrones prequels?

While The Long Night is over, there are still plenty of Westeros-based projects on deck for HBO. , another prequel series that focuses on the history of the Targaryen family is currently filming. It is scheduled to release with 10 episodes in 2022.

And there’s plenty more where that came from! In early 2021, HBO revealed that they would be in early development for a series based on Martin’s novella . announced that an animated drama is in early development at HBO Max. And a couple of months later, revealed there were three MORE spinoffs in development! They include 10,000 Ships, a reference to the voyages made by warrior queen and future Dornish founder Princess Nymeri; 9 Voyages, about the voyages of Corlys Velaryon on the Sea Snake; and a project based on the King’s Landing slum Flea Bottom.

All of Game of Thrones is currently streaming on HBO Max.