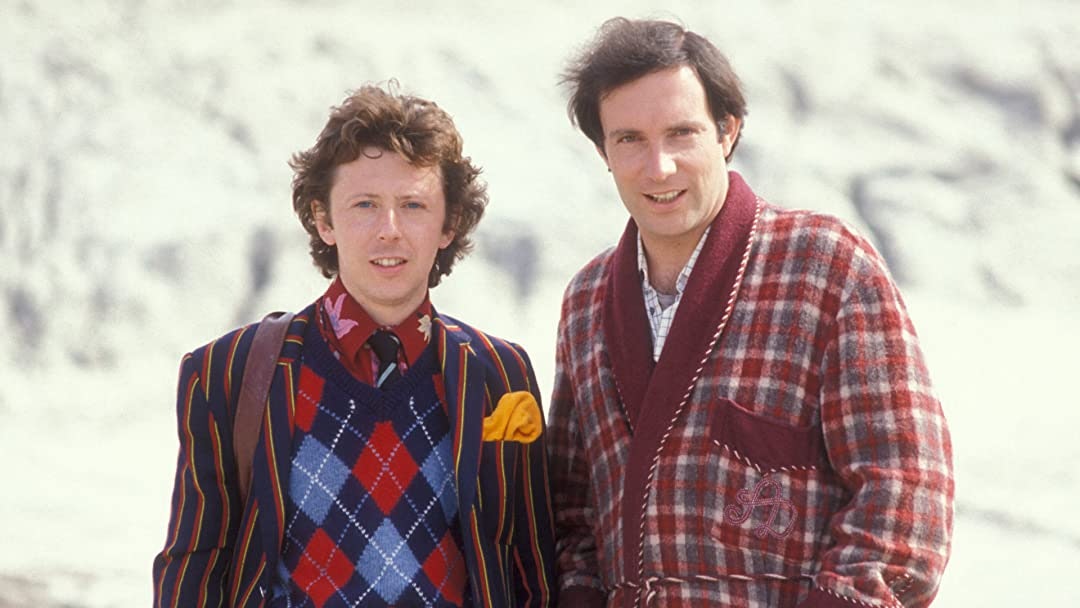 Only one sci-fi franchise could get away with destroying the planet at the very beginning of its story, and not making that a big twist. In the immortal Douglas Adams best-known novel — and the adaptations it inspired — Earth is obliterated to make way for an interstellar highway — and things only get weirder after that.

If you’ve never read any of the books in series, here’s one amazing way you can approximate that experience. Yes, the 2005 film starring Martin Freeman, Sam Rockwell, and Zooey Deschanel is a serviceable adaptation — and the starshiplooks great — but the second half of the film deviates enough from the source material to the point where it’s hard to recommend it over the books.

Enter the 1981 BBC miniseries, adapted by Adams himself. It’s the funniest old-school sci-fi show you can watch right now, especially if you want to give yourself a crash course in all things Hitchhiker. Here’s how to watch the ‘80s Hitchhiker's Guide to the Galaxy and why you’re going to love it.

How many books does the Hitchhiker's Guide show cover?

The 1981 Hitchhiker’s Guide to the Galaxy TV miniseries aired on BBC 2 and covers the events of the first two novels: The Hitchhiker’s Guide to the Galaxy and The Restaurant at the End of the Universe. The third book in the series, Life, the Universe and Everything wasn’t published until 1982, so, for the most part, events from that book don’t make it into the series. The scripts for the TV show were mostly adapted from a ‘70s radio drama (also written by Adams), which means this is really the only filmed version of Hitchhiker that Adams worked on directly.

The fact that the series covers two books is kind of great because it means the big climax of the first book — in which you discover a we’re-all-living-in-a-simulation-twist involving super-intelligent mice — actually happens in Episode 3, about midway through the series.

Something that works against the 2005 film is that its production values are fairly high, making the special effects feel somewhat realistic. And a slick-looking Hitchhiker’s Guide is actually not what you want, at all. The grainy, super-low-budget feeling of the 1981 series is, ironically, part of what makes the show nearly timeless. If the humor feels too mired in 1980s British-witticisms, spoiler alert: it’s supposed to. Trying to make Hitchhiker’s Guide look good or feel somehow realistic, or funny outside of its place in ‘80s British culture, misses the point.

The performances in the series are also laugh-out-loud funny. This is partly because, like the prose itself, line deliveries from Simon Jones and David Dixon — Arthur Dent and Ford Prefect, respectively— aren’t trying to be goofy. The material is just deadpan funny, and the actors read the lines like guest stars on Fawlty Towers, which I mean as a huge compliment.

On top of that, neither Jones nor Dixon distracts by being more famous for another role, at least to an American viewer in 2021. (This is not like the famous John Cleese cameo in the Doctor Who episode “City of Death.”) You just believe these actors are the characters, an awesome achievement given how intentionally thin and absurd they are on paper.

Why Hitchhiker’s Guide will remind you of Doctor Who

By the time Hitchhiker’s Guide was developed for BBC, Douglas Adamswas finishing his job as a script editor for Doctor Who. In fact, some of the scripts for the second radio series version of Hitchhiker’s Guide were written by Adams at the same time he was working on Doctor Who. Now, if you’ve ever watched one episode of the Tom Baker-era Who, then you’ll know that era of the show feels like it could comfortably fit inside the same fictional Hitchhiker’suniverse as the Vogons, Zaphod Beeblebrox, and all the rest. In fact, Hitchhiker’s influence on Who was so strong that the era contains more than one reference to the series, including the 10th Doctor spending the entirety of his first episode in his bathrobe, Arthur Dent-style.

The charm of the 1981 series is that it has the same jaunty, teasing tone of the Tom Baker-era Who, without some of the slower pacing. Despite its hilariously low budget, Hitchhiker’s Guide to the Galaxy is perfectly paced. It’s a fantastic, binge-worthy miniseries you can knock out in a couple of days – and feel smarter, happier, and considerably less panicked once you’re done.

The Hitchhiker’s Guide to the Galaxy is streaming on and right now.