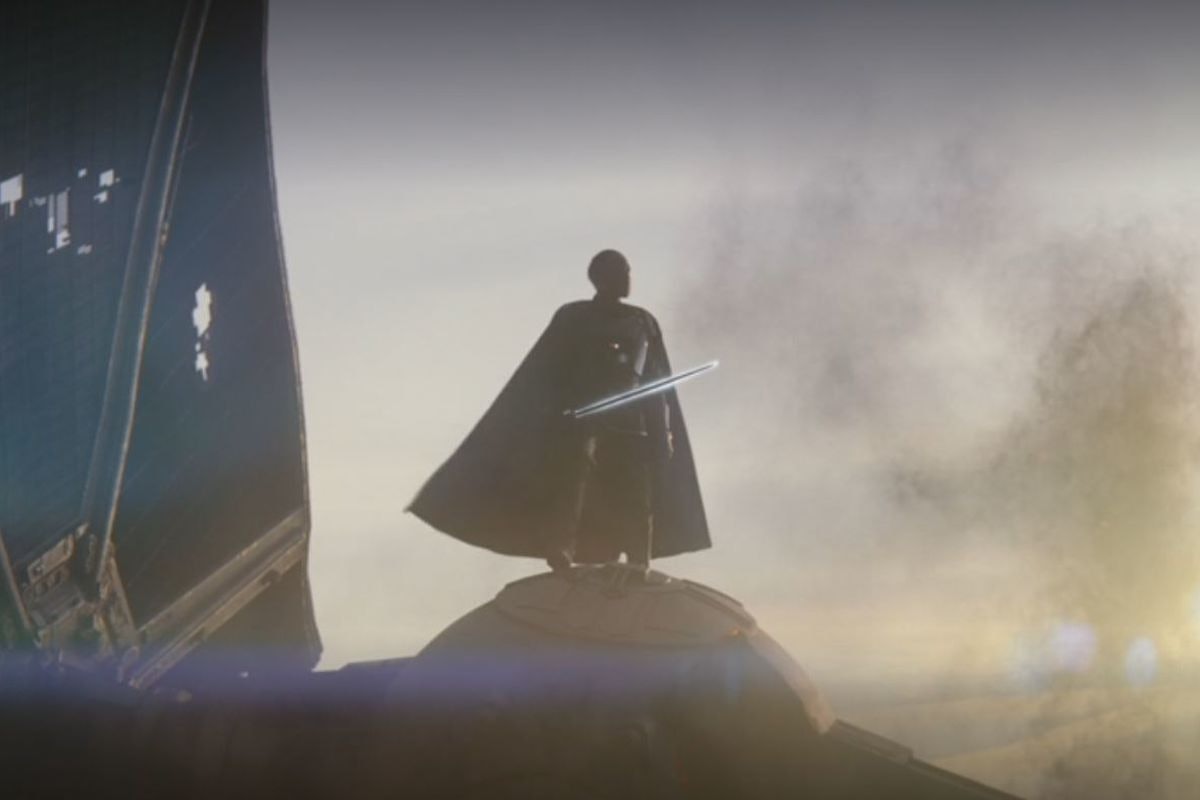 The Mandalorian Season 1’s last shot changed everything. Previously, Moff Gideon had represented little more than the last gasps of a fallen empire, but the season-ending shock reveal found him emerging from his TIE fighter with none other than — the infamous Mandalorian weapon seen throughout Star Wars: The Clone Wars and Star Wars: Rebels.

The Mandalorian Season 2 built on that reveal, ending with Din Djarin becoming the new owner of the Darksaber, which finally returned to Mandalorian hands.

With , how can the series’ ambitious plot top its past two seasons? This super-weapon could hold the key. Within the Star Wars novels lurks another Darksaber, one that could pose a deeply ironic danger to Din Djarin – and fix a conspicuous absence in The Mandalorian.

is an Inverse series about the forgotten lore of our favorite stories.

The Theory – Inspired by a previous Inverse Lost Legends article on , Reddit user theorizes that, if any all-powerful spaceship were to be introduced in The Mandalorian Season 3, it would be a vessel known as the Darksaber (as distinct from the weapon bearing that same name).

This titular spaceship was first featured in Darksaber, Kevin J. Anderson’s 1995 non-canon novel. The book follows Luke, Han, and Leia as they return to Tatooine in an attempt to communicate with Obi-Wan Kenobi. Instead, they find Kurga the Hutt – one of many Hutts in organized crime – building a super-weapon with all the might of a Death Star but much more maneuverability.

Darksaber takes place around the same time as The Mandalorian Season 3 in the Star Wars timeline. In the novel, Luke is establishing a Jedi Academy, similarly to how he’s mentoring Grogu in The Mandalorian. The Darksaber seems like the perfect spaceship for Moff Gideon to commandeer during this time – down to its on-the-nose name, inspired by the ship’s hilt-like shape.

Darksaber 2.0 – There’s just one problem with this theory: the ship was a complete failure.

In Darksaber, Durga the Hutt stole the plans for the Death Star from Leia and used them as the basis for the spaceship, but Durga only required the new ship to house a laser powerful enough to rival the Empire’s preferred planet-killing weapon. Everything else, from deflector shields to crew cabins, was cut from the ship’s blueprints.

Such shoddy plans begat equally shoddy construction, courtesy of the hive-minded Taurill alien species. To quote Lucasfilm creative executive : “While some believe a million monkeys on a million typewriters might some day produce Hamlet, it turns out thousands of simple-minded Taurill workers can't construct a working deep space cannon.”

But while the Darksaber of Anderson’s novel was a comedy of errors and easily dealt with, the vessel still could make an appearance in The Mandalorian. Despite the series focusing on bounty hunters and the galaxy’s criminal underworld, we have still to see a Hutt. Perhaps after escaping from the events of the Season 2 finale, Gideon learns of a Death Star successor being built on Tatooine and is motivated to steal the ship for himself.

This would allow for Durga to make an appearance on The Mandalorian while subverting audience expectations. After all, it is a truth universally acknowledged that every Big Bad with loyalties to the Empire must be in want of a super-weapon. After losing his first one, Gideon’s first attempt at a new one could turn out to be another failure, but it’s the only chance he’d have against the Darksaber weapon now wielded by Din Djarin.

The Inverse Analysis — Of course, Star Wars canon could work its magic and change key elements of this fearsome non-canon spaceship to suit its needs. A canon version of the Darksaber vessel could be in working order, not linked to the Hutts, or even an Empire-approved back-up plan stolen by the Hutts. The name could even be changed to avoid confusion (though calling it the Darksaber does heighten the absurdity of a laser cannon floating around in space).

Even if Moff Gideon’s future doesn’t lie with the Darksaber, this theory highlights a key flaw in any threat the Empire poses to the galaxy throughout Star Wars: these villains are only as powerful as their weapon. Especially given Moff Gideon’s lack of Force sensitivity, if he wants to go up against Din Djarin and Grogu, he needs a contingency plan – and fast.

The Mandalorian is now streaming on Disney+.