In the last few years true crime podcasts, movies, and shows have become extremely popular. And no wonder, there’s just something about the true crime genre that draws people in.

Maybe it’s the fact that the titles that are part of it are inspired by events that actually happened. Or maybe it’s because we get to piece together the mysteries just as the people on screen or the voices on the podcast do.

Whatever it is, true crime has found a huge audience for itself and is here to stay. And in this review we’re looking at one of these true-crime TV shows, a German mini-series called Dark Woods.

In the summer of 1989, Barbara Neder disappeared from her home never to be seen again. And Dark Woods explores the investigation that followed which coincided with the murder of two couples in the nearby woods in Weesenburg.

At a first glance, there is no connection between the murder cases and Barbara’s disappearance. Especially, since the investigation in Barbara’s disappearance was ordered by Barbara’s brother Thomas Bethge, who’s the Head of the Hamburg State Office of Criminal Investigation and therefore has no jurisdiction in Lower Saxony. While the murdered couples were investigated by Weesenburg’s own police officers Anne Back and Frank Behringer.

But as the years go by, the connection between the cases starts slowly emerging. And over the course of the six episodes, we see Thomas’s desperate search for his sister and the toll that the 30-year-long investigation takes on him and the rest of the family.

After watching this six-part miniseries, I’m convinced that it has to be on the must-watch list of anyone who loves a good true crime story.

Really, it’s no wonder Dark Woods was so well-received in Germany and . It has everything – a good murder mystery (several, in fact), striking characters, and storytelling that makes you root for the lead characters. But more than that, it’s a deep examination of what unsolved murder can do to the family of the victim.

Although the series starts off slowly by meticulously introducing us to the characters and the relationships that exist between them. After the story has set up, the pace picks up with every new episode culminating in an explosive sixth episode that wraps up the mystery in a neat little bow. That’s not to say that everything is resolved, but by the end of Dark Woods season 1, you will definitely feel like the series has come to a natural and satisfying conclusion.

Visually, Dark Woods might not be the most exciting of series to watch. The shots are often dark and moody. However, that’s what also gave the series the feel necessary for us to really immerse ourselves into the story because it’s a dark one. And really, when it comes down to it, the best series are ones that use every tool in their arsenal to convey a story. And Dark Woods definitely is one such show.

One thing I loved about Dark Woods when it comes to the visual style of the show is its brilliant use of makeup, clothing, and such to age the characters as the story unfolded. 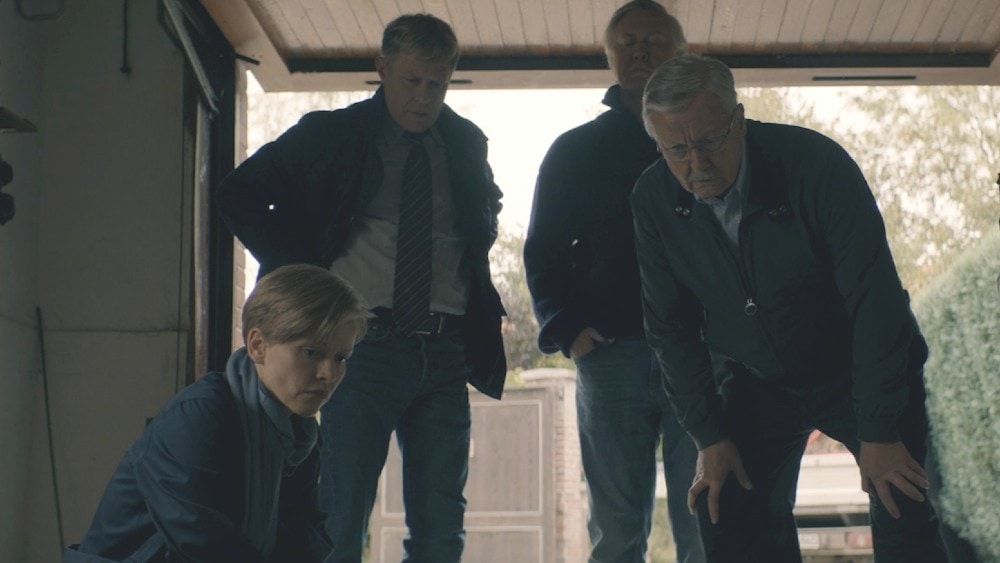 All the characters started out fairly young. However, as the story progressed and we skipped first 4 years into the future and then to modern-day times, the characters aged as well. And it wasn’t achieved by replacing actors like it so often is. Instead, the show used things like makeup, wigs, and clothing to really portray that time has, in fact, passed and that we find out characters in a different moment in their lives.

This allowed me as an audience member to maintain the connection with the characters and the actors that are playing them. Which also served greatly to the overall telling of this story because it let me see the subtle differences in the characters as they aged and as the events of the show weighed on them.

One of my absolute favorite parts of the show was the journey of Anne Bach (played by Karoline Schuch).

During the series, we saw Anne go from a new homicide investigator who’s not yet sure about her skills to an experienced policewoman, who’s not afraid to speak up and do what needs to be done. And her journey to success despite misogynistic colleagues and a corrupt local system alone is a good reason to check out Dark Woods. 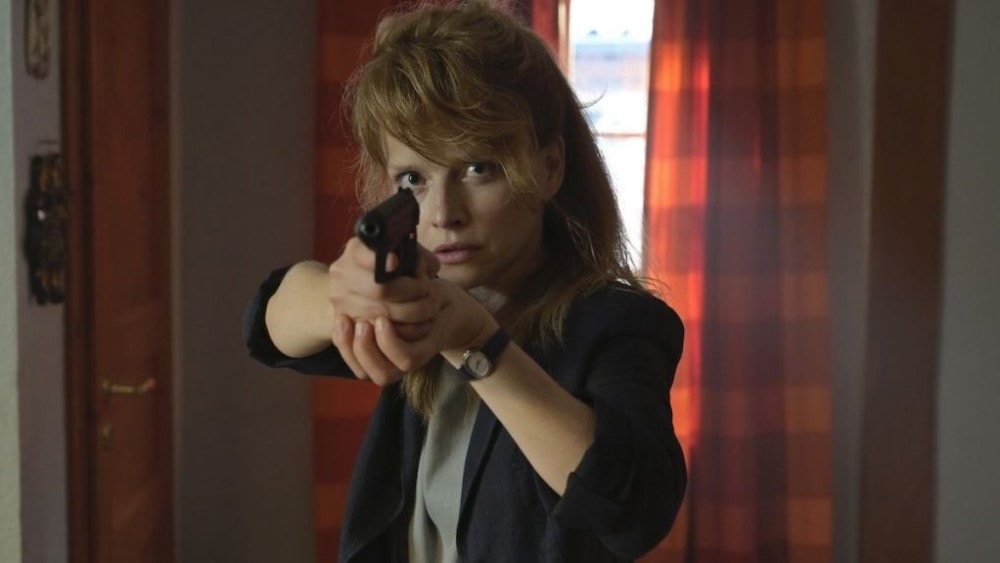 But really, all of the cast was fantastic. From Silke Bodenbender as the alcohol-loving soon-to-be divorcee turned victim to Hanno Koffler as the charismatic yet menacing cemetery gardener who you love to hate and Matthias Brandt as the distressed brother who needs to keep up appearances while going through an unimaginable family tragedy. Each and every cast member added layers to the story that were so exciting to discover as the series went on.

So, if you’re looking for a new true-crime series to watch and don’t mind a foreign-language title, you should absolutely give Dark Woods a watch.

It’s a miniseries that will suck you in and will not relent until you’ve seen all six episodes and experienced the story fully. And with all of its shocking twists and turns you better block off an afternoon to binge-watch the show in one sitting, because, if you’re anything like I was, you won’t want to stop watching until you know how the story ends.

You can watch all episodes of .