We’re sad to say goodbye to Trevor, Alucard, and Sypha, but there’s still a ton of content to explore out there outside of the show, and even more if you consider the impressive legacy the franchise has left behind in the world of gaming. Since its release in 1986, Castlevania, along with its counterpart Metroid, have the distinct honor of codifying an entire genre, something not even achieved by Mario (unless we want to start calling all sidescrolling platformers “Marioers”).

One reason the show exceeded even its creators' expectations is because of how faithfully it captured the vibe of the original games, something most video game adaptations struggle to do because of the intense, disparate lore surrounding games like Castlevania, as well as the loss of interactive storytelling. The show has paved the way for other Western-made anime like Blood of Zeus and this year’s Yasuke, and there’s surely more to come following in the Castlevania style, much like Castlevania games led to countless similar titles.


Here’s a small collection of games that were inspired by Castlevania, whether that be the franchise's iconically difficult gameplay, symphonic soundtrack, monster designs ranging from silly to horrifying, and/or Ayami Kojima’s impeccable art created for the series. It’s a testament to just how connected video games are; even titles of wildly different genres have threads of Castlevania’s DNA. Whether you’re a new fan of the franchise or an oldhead, there’s something here for you to get lost in. 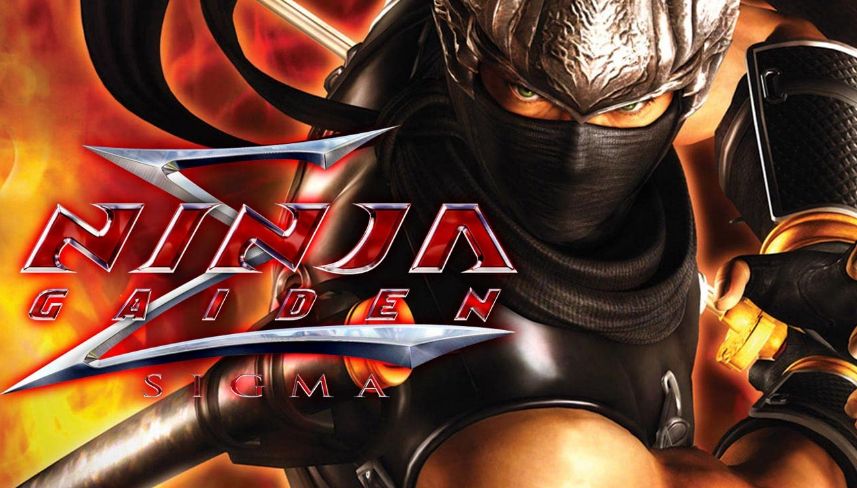 If you squint hard enough, you can see Castlevania in nearly every game, and Tecmo’s legendarily difficult Ninja Gaiden franchise is no different. These elements are perhaps most prominent in Ninja Gaiden Sigma, a reworked version of the series’ 2004 Xbox reboot. Hyperviolent and starring an eclectic cast of enemies from supersoldiers to gothic haunts, the game is notable for its sheer lack of restraint and creative approach to combat, similar to the approach former Castlevania lead producer Koji Igarashi brought to the series.


The game cleverly hides Zelda and "Metroidvania"-style progression behind its cleverly rendered levels, which feature a ton of vertical mobility and fancy parkour thanks to protagonist Ryu Hayabusa’s acrobatics. Sigma proudly acts as a bridge between classic arcade action and the more atmospheric, world-centric style of Dark Souls, and is a proper history lesson for anyone interested in brutally difficult games. Sigma, along with its two sequels, are currently slated for an HD re-release in mid-June.

Really any of the games in the Souls series is a worthy contender for this list, but the recent rework of 2010’s Demon’s Souls shines as the franchise’s most apt. Featuring more colorful monster designs and an emphasis on castle exploration, Bluepoint Games’ adaptation will have you flitting between everchanging worlds as you explore the dying kingdom of Boletaria. Series director Hidetaka Miyazaki took liberally from the games of the 80s and 90s, and Castlevania’s aesthetic influence is prominent not just within the medieval walls and infernal pits of Demon’s Souls but also in the gothic cityscape of Bloodborne and the overwrought world of Dark Souls.


FromSoftware’s vision is on its plainest display in Demon’s Souls, and any fan of the Castlevania anime will surely get lost in the game’s rich environment and flashy spellcraft. It’s also, like its series counterparts, incredibly replayable. You could sink hundreds of hours just in one Souls game and still find new things to experience and enjoy. 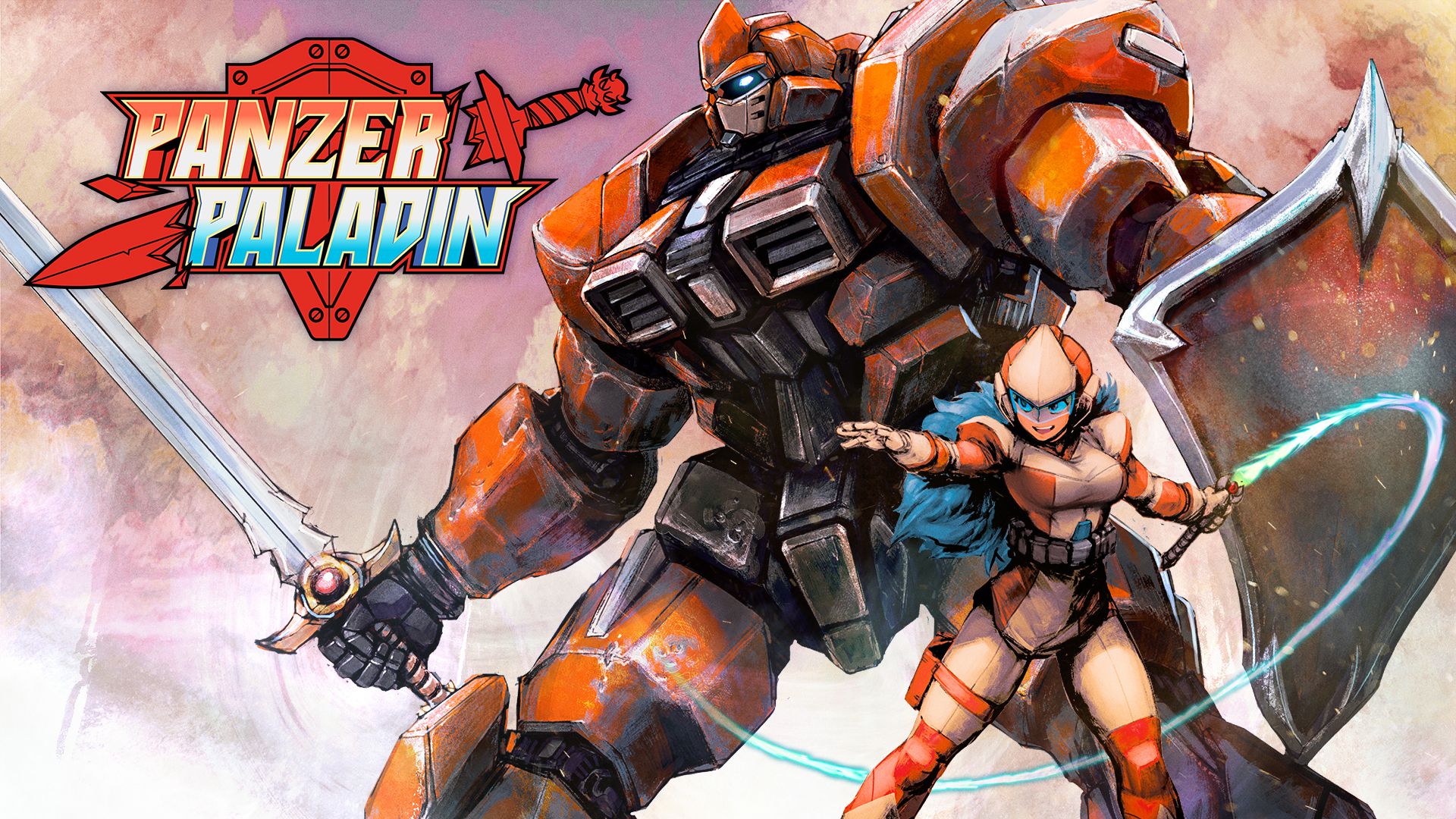 Combining all the challenge of The Adventure of Link, Mega Man, and Castlevania, Panzer Paladin is a love letter to NES-era video games that offers both a ton of style and difficulty. The game, like Castlevania, emphasizes the use of a ton of different weapons while controlling the game’s mech. The mecha also allows you to eject the pilot, who plays quite similarly to Castlevania characters like Simon Belmont thanks to her laser whip.


If you’re a person who values challenge above all else, Panzer Paladin’s certainly for you. With memorable battles and thoughtful level design, the game is as brutal as it is entertaining and always keeps you on your toes. Being a modern 8-bit style game, Panzer Paladin also has tons of quality-of-life elements and interesting modes, like a speed-run setting, that keeps the game fresh and replayable where older games struggle to remain accessible.

These two high-octane hack-and-slashers are packaged together because they really offer a similar experience for the errant Castlevania fan: Incredible monster designs, devilishly detailed supernatural worlds, high thresholds of challenge and replayability, and truly incredible soundtracks. Castlevania’s aesthetic could certainly be described as “metal band iconography rendered through a heavy filter of camp,” and the same can be said for both of director Hideki Kamiya’s most popular franchises.


Most of Devil May Cry can be easily accessed thanks in part to 2018’s HD Collection, and Bayonetta’s got her third entry coming in the foreseeable future (despite Kamiya’s reticence to discuss the game’s release). DMC’s iconic star Dante’s most recent appearance, however, is in the newly remastered Shin Megami Tensei III: Nocturne, where he appears as a guest character, now fully voiced by Dante’s voice actor since DMC3 Reuben Langdon. 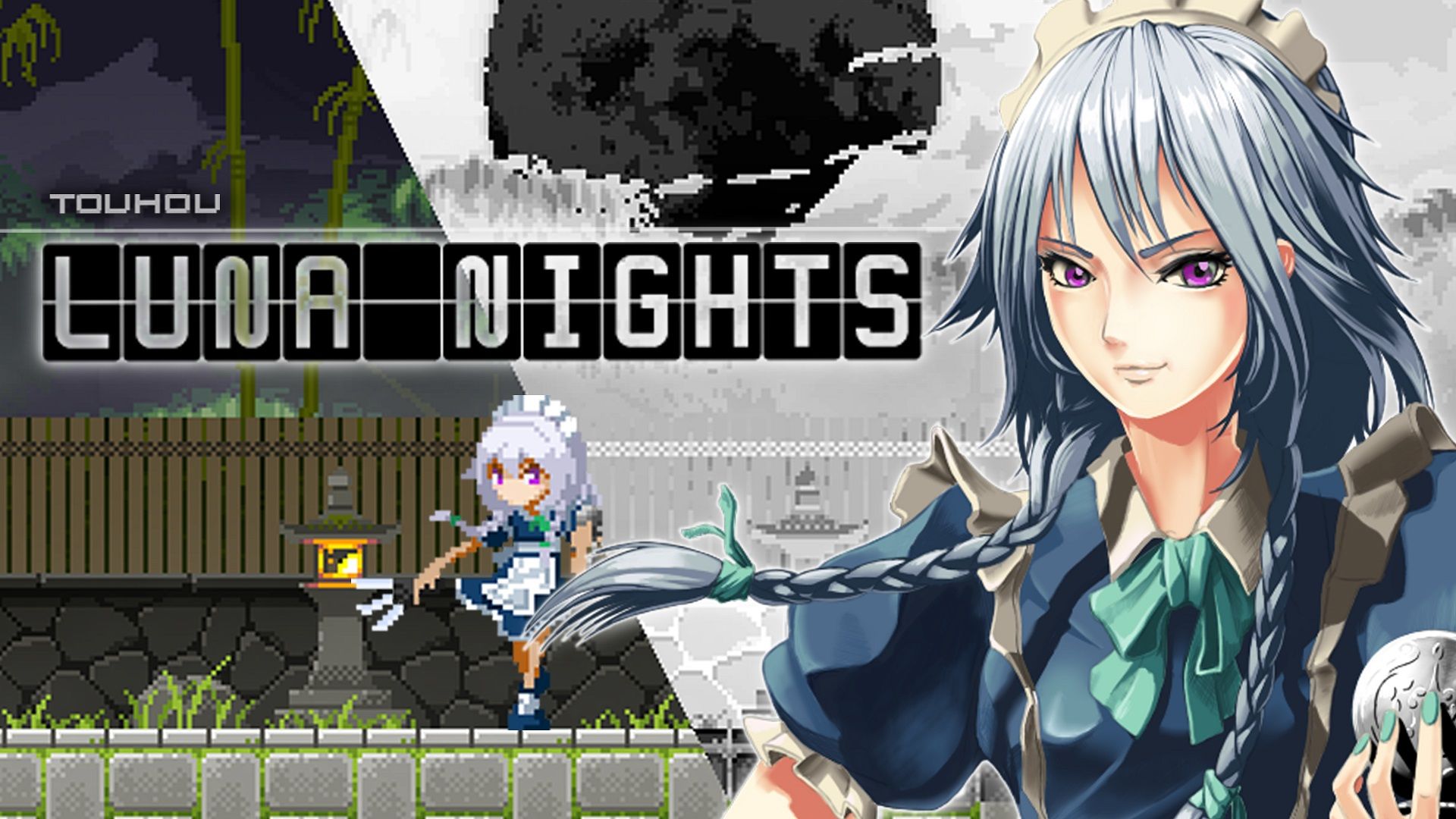 Metroidvanias vary wildly in quality, being one of the most prolific styles iterated on both in the AAA and indie realms, but Team Ladybug is inarguably one of the genre’s most talented and effortless developers. Known for their fan games made in the same engine as Krobon Station’s Pharaoh Rebirth, Team Ladybug gained notoriety after being commissioned by Atlus to produce a companion game to the rerelease of Shin Megami Tensei: Strange Journey. What they came up with was a tight, compact Metroidvania featuring Ikaruga-style switching between series mascots Jack Frost and Pyro Jack.


Ladybug’s true claim to fame, though, is the impeccably made Touhou Luna Nights, based on the doujin bullet hell series Touhou. In the original series’ spirit, the game follows Sakuya Izayoi, a knife-carrying maid and former boss from 2002’s Embodiment of the Scarlet Devil, as she explores a castle in an alternate dimension created by the head of the household she serves. Like most Touhou games, it’s mostly focused on fine-tuned gameplay, featuring a repleting MP system and time-freezing mechanics. Besides its obvious use of Castlevania conventions, the game features fun and cutesy monsters as well as stunning graphics and music. It’s a joy for both old and new fans of Castlevania.

Hollow Knight is an action-adventure game that takes liberal influence from both Castlevania and Dark Souls but manages to stand on its own as a distinct and unique experience separate from its inspirations.


In Hollow Knight, you control an insectoid warrior who tours the ruins of the Hallownest kingdom, a subterranean network of tunnels and caves overtaken by a gross infection. The game’s mournful tone is offset by simple-yet-effective combat and increasingly hard boss encounters, with nonlinear platforming segments interspersed between. The game’s story is communicated in a much similar way to Castlevania, being a blend of environmental cues and brief, strange NPC encounters that give you just enough seeds of information to propel you along. There’s a ton of content to keep you busy in Hollow Knight, and it’s a great place to start if you’re wanting to explore modern takes on the Metroidvania style. Team Cherry is currently working on the game’s sequel Silksong, which features one of the game’s bosses, Hornet, as its protagonist.

There have been many attempts to adapt the Metroidvania style into 3D (including entries of varying success from both the Metroid and Castlevania franchises). Arkane Studios’ 2017 reimagining of Prey is one of the most successful efforts to do so, and it truly shows just how connected every genre of game really is. Fusing the stealth-based immersive sim elements of Thief and Arkane’s own Dishonored with Castlevania’s own “find a locked door before you find a key” progression, the game’s spooky semi-open world slowly unravels as a verifiable horror game.


Prey takes place on Talos I, a derelict space station besieged by the elusive Typhon alien species, which the crew members were researching. The Typhon are way more poltergeist than they are Xenomorph; they can mimic common objects, have psychokinetic abilities, and appear as shadowy, flitting specters. The game is something of a haunted house experience and even draws some comparisons to the original Resident Evil, and is certainly for anyone that enjoys the creepier aspects of Castlevania or the crazier first-person gunplay of Bioshock and Fallout.

Hear me out on this one. This Sega Genesis classic starring the world’s most recognizable mouse has nearly everything a Castlevania game would. Perhaps the best-licensed Disney game to date, Castle of Illusion is a certifiable 16-bit gem. While certainly more E-rated than Castlevania, Castle of Illusion has truly incredible art direction, music, and level design, and poses way more of a challenge than most kids games these days. I, for one, certainly never managed to save Minnie back in the ‘90s.


Released just a year after Castlevania III: Dracula’s Curse (which coincidentally stars Trevor Belmont), the game has arguably aged more gracefully than early Castlevania titles. It’s still a joy to play and look at, and a true essential for anyone looking to get into 2D platforming classics.


The easiest way to play Castle of Illusion is almost certainly the game’s 2013 remake, which shifts to more of a 2.5D game design. The remake’s not quite as effusively fun as its Genesis counterpart, but it’s a great platformer in its own right and follows on the game’s legacy with dignity and love. Be sure to check out Sega’s later Illusion games, all of which star Mickey (and some Donald, too!).


Though any of Metroid’s many mainline games (sans Other M perhaps) would serve as a proper entryway into the franchise, Fusion is exemplary of how the series started out, as well as what it can still become. The game is far more linear than other Metroid entries thanks to its semi-streamlined story but still features the intuitive and massive 2D platforming experience offered by Super Metroid.


Like in Castlevania, you’ll mostly be hopping from room to room in search of power-ups, keys, and solutions to puzzles that allow you to progress further in the game’s central dungeon. You really start quite de-powered here, which makes it all the more satisfying as you slowly recover parts of Samus’ body that were lost after being attacked by the parasitic X organisms. Fusion can be a bit hard to access these days due to being a GameBoy Advance title, but hopefully Nintendo will realize how much Metroid means to its fans and put it, as well as the Prime trilogy, on Switch. 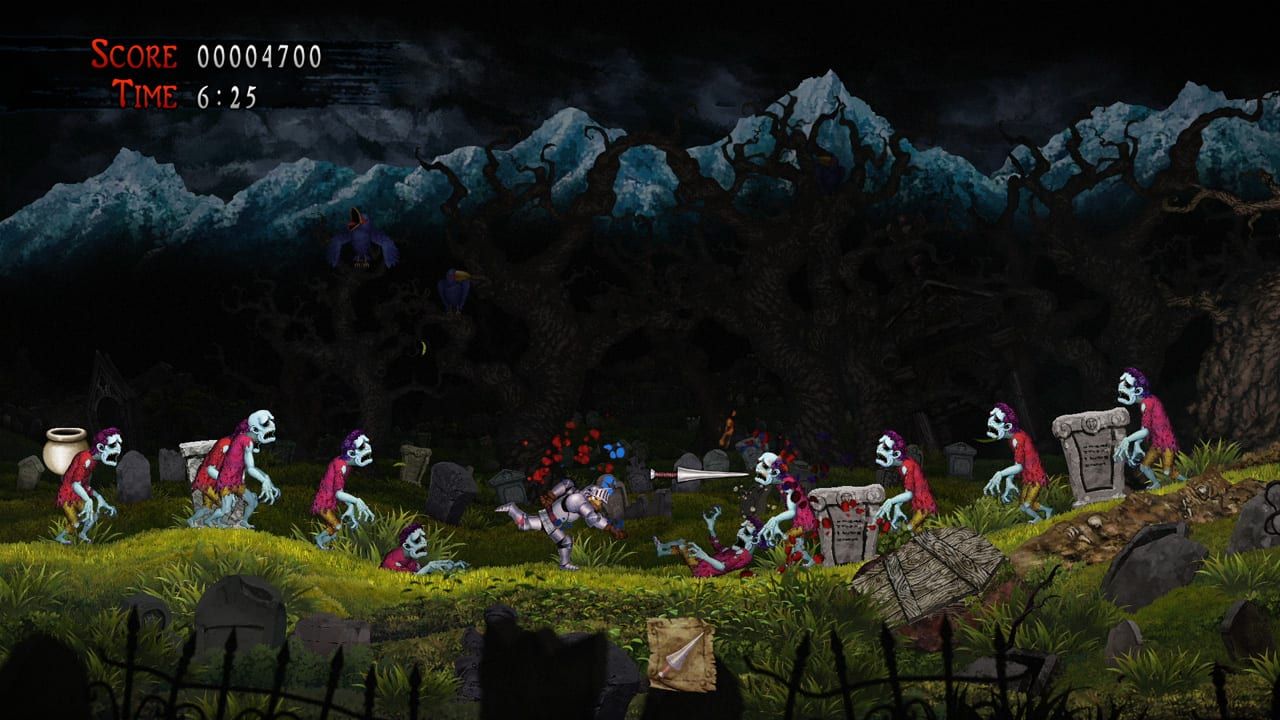 Capcom’s sidescrolling classic Ghosts 'N Goblins returned this year due to the overwhelming interest in 2D action platformers over the last few years, which is thanks in part to the popularity of the Castlevania anime. The game is a more traditionally medieval approach to Castlevania’s dark European aesthetic and finds the player going up against skeletons, ogres, and zombies as they battle their way to save Princess Prin Prin. If you couldn’t guess, the game is much more focused on moment-to-moment play than an overarching narrative, and it’s better off for that.


Originally known as a quintessential “hard” game, Ghosts 'N Goblins Resurrection features multiple difficulty settings to make the game more accessible for new fans. Director Tokuro Fujiwara said of the change that they wanted to emphasize “accomplishment” when completing a particularly difficult feat, and the changes only serve to balance that sense for all players interested in the game. It’s a fun and lighthearted romp to pick up and play whenever you’re wanting to impale some ghostly baddies with a salvo of lances, and it’s definitely for anyone that loves the Universal Classic Monsters vibe of Castlevania.