Motion design agency моушн дизайн студия заказать » Телевизор » Brian And I Went On A “Date” And Left The Kids Alone For The First Time. Here’s How It Went…
На главную
телевизор

Brian And I Went On A “Date” And Left The Kids Alone For The First Time. Here’s How It Went… 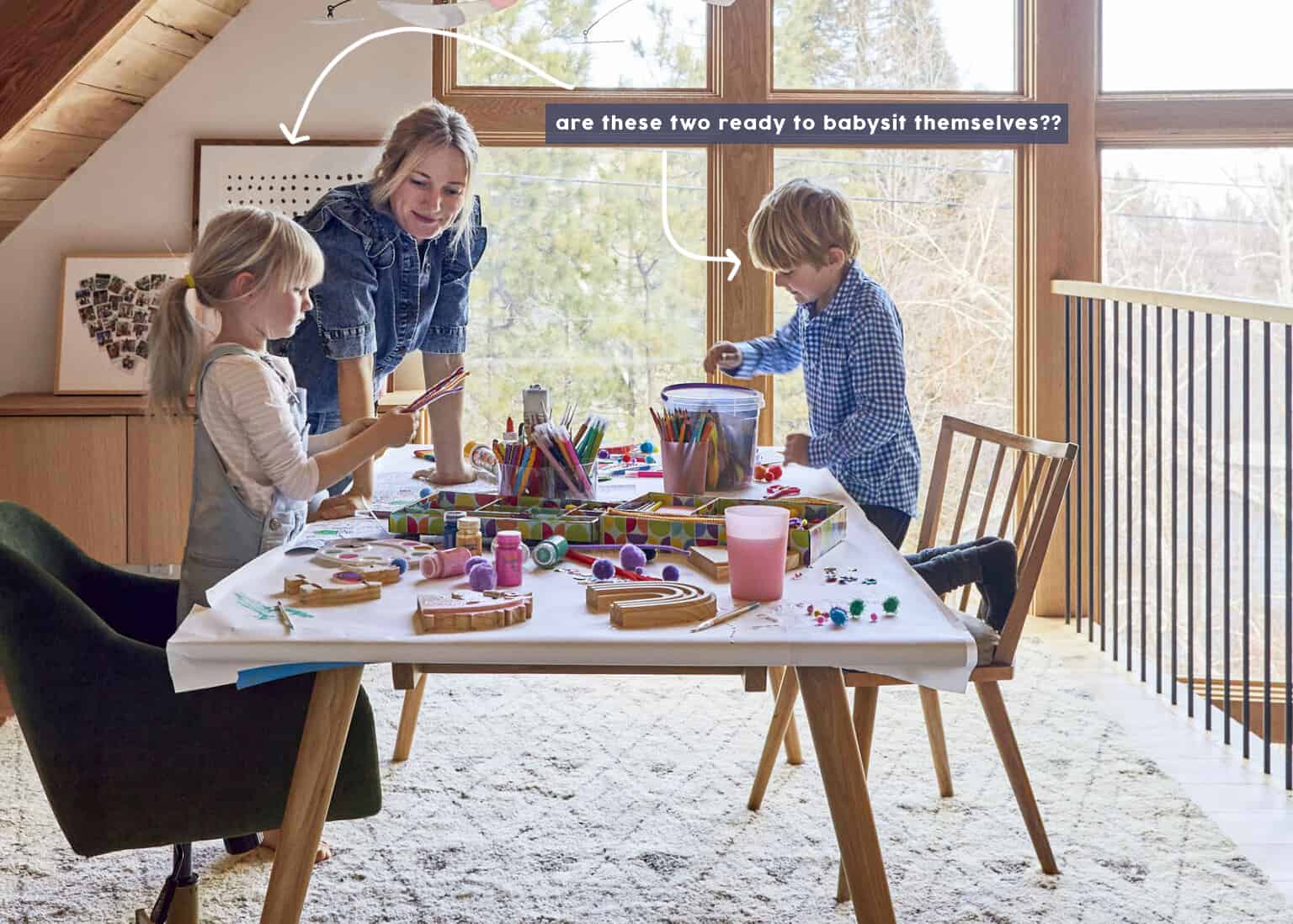 Helping our kids feel independent and develop autonomy during Covid has obviously been hard. We are alone, together. Up next in the post-Covid emotional roller coaster is the oh so fun ‘separation anxiety’ segment of this ride making the move to Oregon harder (what with the rental house + new school + making new friends). But these kids are craving independence and at 5 1/2 and 7 1/2 we are starting to trust them (as much as I think you can). They seem to be making good decisions without us – we can overhear them, we get a sense of it all. So we decided to let them have the house to themselves while we went on a “date”. We talked about it all week, they had to show us extra good judgement, show us how they would call us in emergency (we would give them one of our phones as we don’t have a home phone) and promise to just make themselves sundaes and watch a parent approved show.

They were ABSOLUTELY giddy with excitement and couldn’t stop talking about it the whole week. They are such a team and nothing makes us happier than them plotting without us – not against us but with eachother. I’m a big free range parent advocate (for our family, you do whats best for yours) and after years of “helicopter deprogramming” Brian is now, too. I’ve read a lot of articles, listen to podcasts, etc, about treating kids older than they are when it comes to responsibility – giving them more than you think they can handle, (or than is convenient to you) which helps them grow their confidence and independence. One thing I chant internally all the time that I learned from a child psychology podcast (as you do) was “competance = confidance”. Remember that one – I didn’t coin it but of course that makes sense. It’s the same as us – as grown-ups. Achieving makes you empowered to try to achieve more and thus you feel proud of yourself = confidence. I can see it with all the more complicated chores that we do around the house. It’s a battle, truly, but they feel so good after they wash, dry, fold and put away all their laundry and I’ve even heard them tell their friends on the portal about their laundry – so proud of themselves. Listen, we have lots of problems, and we don’t push our kids academically (um … they are still being “homeschooled”) and often I worry that we don’t know how to discipline because we are both so soft, but yes I do ask them to perform life tasks beyond their years including cooking, cleaning and now babysitting themselves. We all have our strengths and weaknesses. I’m still learning my totally weird parenting triggers, patterns and quirks and some are NOT GOOD (like since I was raised/ingrained to never yell I end up getting so frustrated that I’ll start crying and throw a stuffed animal SO HARD in a way that I think disturbs us all, including the animal and then I have to apologize and we all cry and its SO DUMB). We ware a product of our parenting and environment. Everything we do and learn beyond that or against that is really, really hard work.

Anyway, it was a Sunday night and they finished their chores and bath so they are allowed a big old sundae after dinner while we watch a movie. We told them that we’d be back in 2 hours. If they needed anything they can call us obviously. They thought we were going to this lake viewing area that is walking distance from our house, with a glass (or two ) of wine. BUT the truth is that it was kinda cold and Brian and I just wanted to watch a grownup movie in bed together (not like that, I think we watched two episodes of Lupin . So we said goodbye, then snuck around the side of the house, took the back stairs up to our bedroom, took off our coats and laid down. Then we heard screaming … 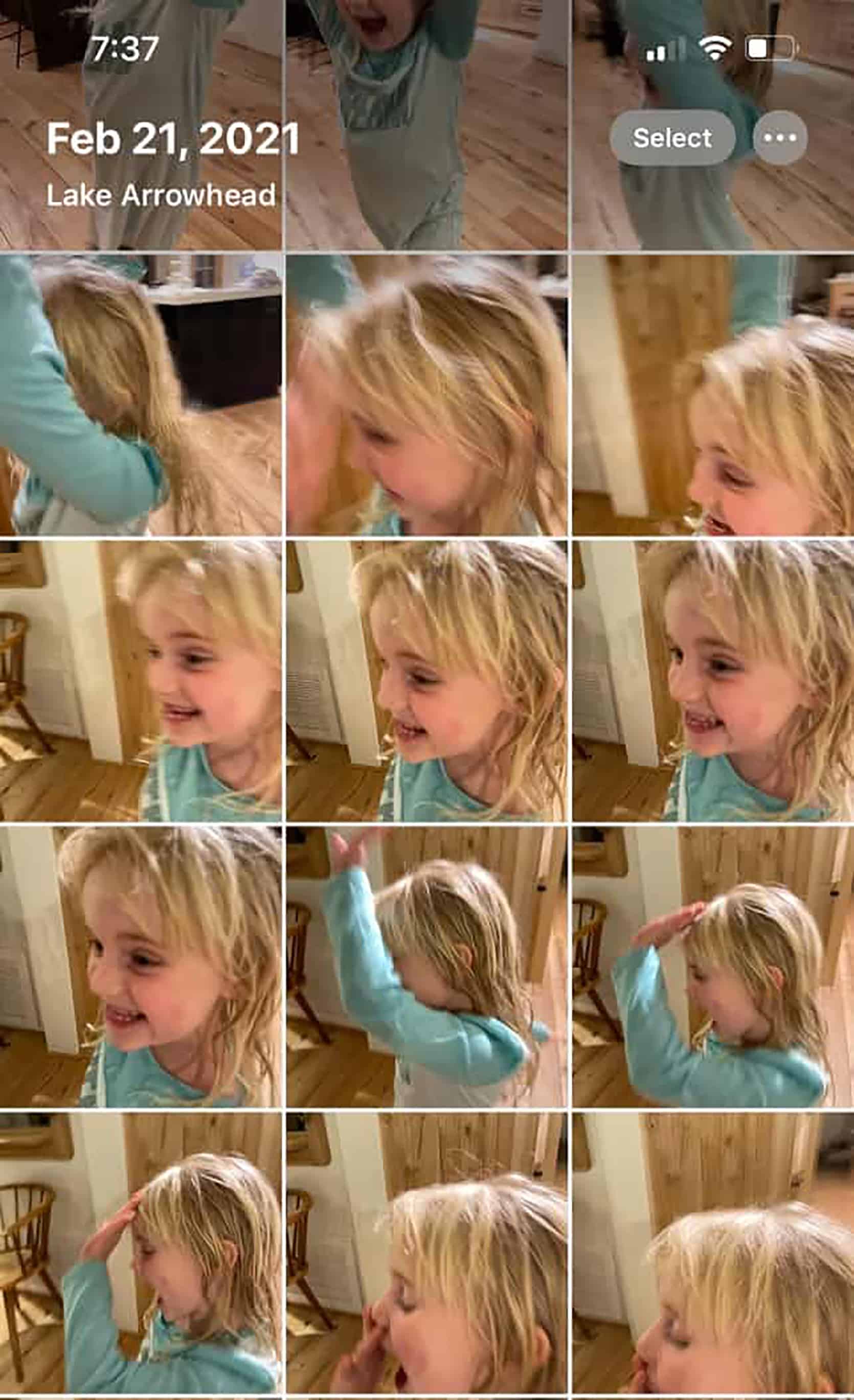 … LIKE A FRAT PARTY. They blasted the music. They were dancing while making sundaes. They were squealing in delight or more likely the primitive sounds of the first feeling of independance. I still remember my first car ride to the beach with 16 year old friends – I could still describe the way the wind smelled. They took like 50 photos with my phone of their sundaes (I get that) until they settled in to watch Onward. We heard them let the dogs out over the next two hours and heard their dishes clank in the sink when they were done. Brian and I kept looking at each other with that knowing glance that only parents do when reflecting on the collective joy and relief that is parenting. We didn’t mess it up and IT WAS SO CUTE.

After 2 hours we put our coats and shoes back on, walked around the house and came through the front door. Their movie was over. The dishes were in the sink, not the dishwasher but pretty close! We praised them a ton for how responsible they were, how much we now know we can trust them again, etc, etc. It was honestly such a WIN WIN. While we weren’t at a restaurant there was something really seedy and special about us just watching a movie in bed at 6pm on a sunday without them knowing. Perhaps we needed to feel a little independent and autonomous, too. Funny how that works.

They are begging to do it again and while I don’t think I’m ready to actually leave them while we go to dinner (especially without a home phone) we might try a trip to the market, or both of us take the dogs for a long walk. Baby steps – for them and for us. All in all I’m excited to get a home phone, teach them more about strangers and answering the door (or NOT!) and going on an actual date. But for now, the walk, the drive, the fake bedroom movie session did something for all of us that I think we needed during quarantine and we will absolutely be doing again.

Now I know a lot of you are going to say that you left your kids at a young age in the 80’s (we were left all the time), but with the rise of helicopter parenting (due to the media and societal pressures) it’s not so common practice now (don’t let me get started on this). I know that it absolutely depends on your kids maturity and frankly where you live (up here we feel super super safe where we might not in a big city). So I’m curious about current parents and how old your kids were when you started leaving them alone? But from that positive experience we are pretty into giving the kids more freedom when they show us they can handle it….

Opener Image Credit: Photo by | From: