It’s difficult to imagine a time before . These tinted specs are such a key part of modern menswear, shielding our eyes from problematic UV rays and the rest of the world from our problematic hangovers. They’re a Hollywood hallmark, a universal symbol of cool, and one of the few ways a man can add a bit of flair to his day-to-day looks.

But such a time did exist. Before Bausch & Lomb created its now-iconic aviator frame, sunglasses were mere tools, not the stylish accessories we know them as today. It was the aviator that paved the way for sunglasses to go mainstream and without them, who knows where we’d be.

Today, the aviator’s status as the original trendsetter is set in stone. Since Bausch & Lomb launched its original version back in the mid-1930s, every brand from Gucci to Garrett Leight has used it as a reference point from which to create its own twist.

In light of this, we’ve compiled a list of the best aviator sunglasses models along with some key buying information to help you choose the right ones for you.

What Are Aviator Sunglasses? 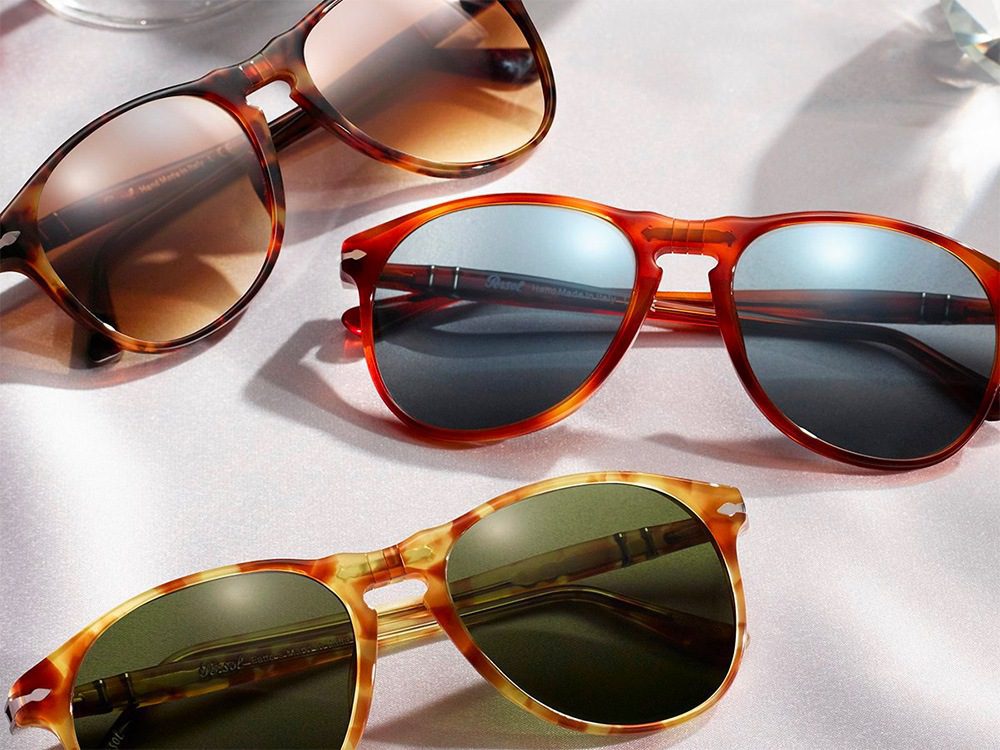 Aviators are a style of sunglasses characterised by their metal frame, double bridge and large, rounded lenses. The style was created by Bausch & Lomb in 1936 for use by military pilots and subsequently patented as the Ray-Ban Aviator.

Aviators may have been designed for military use, but it was when civilian stars of stage and screen got their hands on them that things really started to gather momentum. Ray-Ban, the civilian arm of Bausch & Lomb, launched advertising campaigns in the 1950s and 1960s featuring stars of the time, including Elvis Presley, positioning the aviator as the go-to frame of the rich and famous.

In the decades that followed, they famously graced the brows of everyone from Michael Jackson to David Bowie, further cementing their status as a must-have item.

Which Face Shapes Do Aviators Suit? 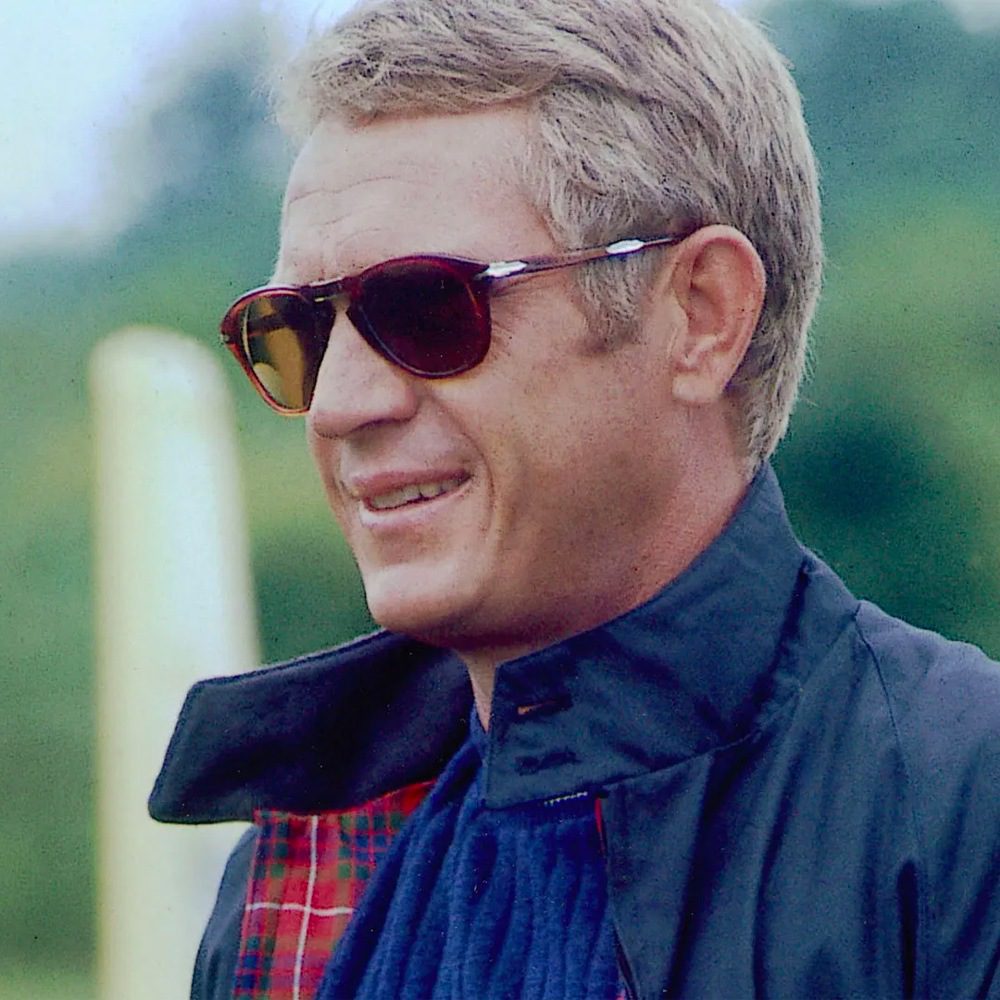 There’s a lot to love about aviators. They’re timeless, they’re accessible for most budgets and they look great. However, what really sets them apart from other styles is the sheer versatility they offer in terms of face shape.

Usually, certain eyewear shapes work best with certain face shapes. This has a lot to do with whether the frames are round, square or otherwise and how that matches up with the roundness or squareness of the face in question.

Thanks to the aviator’s winning mix of hard and soft lines, it works well on pretty much any face shape you could care to think of. So, if you regularly find yourself struggling to find sunglasses that suit you, aviators should be your first port of call.

With every eyewear brand and fashion label imaginable making its own version of the aviator, how do you know which are worth your hard-earned cash? Easy – we tell you.

Yes, there are lots of options out there, but there are also a select few that are far superior in terms quality, looks and heritage. From the all-time classics to indulgent premium options, these are the best aviator models money can buy.


An that should need no introduction, Ray-Ban is the name behind the original aviator frame and the company that started it all. If you’re new to the aviator party, this would be the obvious place to start – a true classic, absolutely timeless and priced within reach of most budgets. What’s not to like about that?


Persol is synonymous with sunglasses and has been responsible for some of the most iconic designs in the history of eyewear. It’s also one of the oldest names in the game, and since 1917 has been honing its craft and making some of the world’s coolest frames.

The 649 is probably Persol’s most recognisable style and boasts that classic aviator shape, along with an acetate frame, keyhole bridge and iconic arrow branding to the hinges.


Tom Ford’s signature brand of sleek, premium sexiness has made his eponymous label the go-to for menswear’s sharpest dressers. Aside from the , indulgent casualwear and , eyewear is probably what the brand is best known for.

At first glance, Ford’s Holden frame is a textbook aviator shape. However, upon closer inspection, details like the acetate-covered brow bar and unusual criss-cross bridge make themselves apparent. Overall, it’s an upscale twist on an eyewear classic.


After meeting one another at optometry school in London in the 1960s, Graham Cutler and Tony Gross joined forces in business. Their mission: to make eyewear fashionable. The brand’s high-end specs have become a staple of fashion mags, runway shows and a regular sight on the shelves of the world’s most exclusive stores.

It creates fashion-forward frames that go against the grain but also makes elevated versions of classic eyewear silhouettes, including iconic styles like the aviator.


Warby Parker offers high-quality, stylish frames at truly competitive prices. It was born out of frustration with the lack of affordable eyewear options and so started creating its own.

Yet the prices aren’t even the best part – for every pair bought, Warby Parker donates a pair of glasses to a visually-impaired person in need. So, if you like the idea of doing some good with your next eyewear purchase, this is the way to go.


Gucci is the . Helmed by Alessandro Michele, it’s currently known for its distinctive 1970s aesthetic, as well as its core classics. These include everything from its legendary horsebit loafers to its luxury eyewear, with the aviator being a key style.


London’s Kirk Originals launched in the 1990s when its founders discovered a trunk of vintage mid-century frames made by their family. They began to make new frames that drew inspiration from those original styles and the brand quickly amassed a cult following.

Today, Kirk Originals is still putting its own spin on classic styles, including, of course, the aviator.


Oliver Peoples has been crafting high-end frames that blend classic and contemporary since 1987. Inspired by vintage styles, the brand’s glasses offered some respite from the OTT eyewear dominating fashion at the time.

This classic aesthetic remains at the core of everything Oliver Peoples does, making it one of the most dependable names in the business when it comes to timelessness and quality.