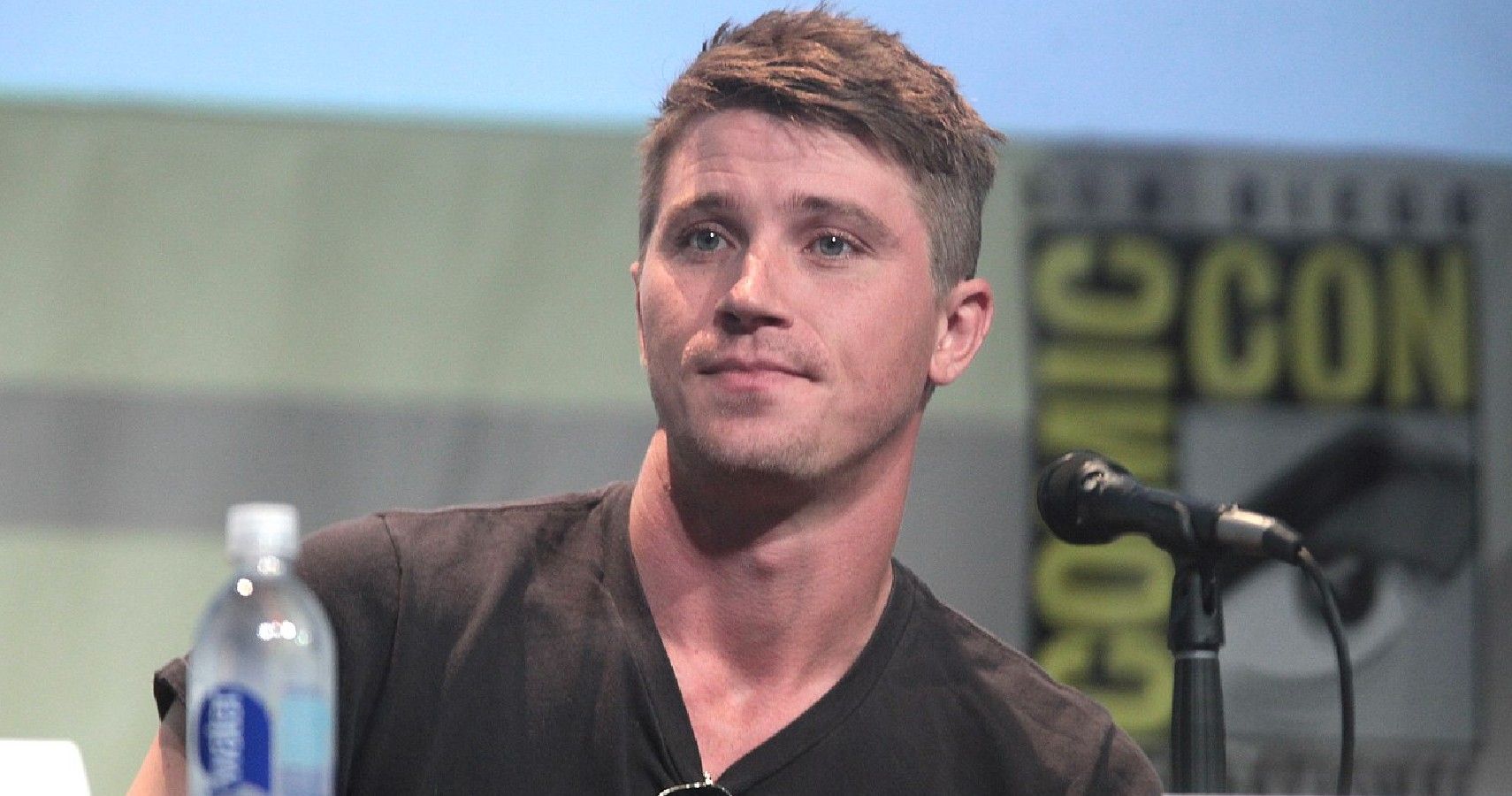 Garrett Hedlund and became first-time parents when they , at the end of last year Now, Garrett is opening up about how his life has changed since becoming a father.

During a new interview with , the actor revealed that he’s done a lot of “dad things” with the newborn. Recently, the family was staying in Boston for Emma’s work. Garrett explained he’d spend a lot of the daytime with their son while Emma was busy. He said that while he’s had a lot of great memories so far, his favorites with his son happen at bedtime.

“My favorite part of everyday was the bedtime stories [with] me telling him stories of his grandfathers,” Garrett said, adding he loved the opportunity it gave him connect with his son.

Overall, the Country Strong star said that He added that “everyday seems to get better and better.”

Emma gave birth to their son in December 2020, though his birth wasn’t confirmed to the public until the following month. Sharing with her 16.7 million followers, Emma posted an image in early January showing herself in an orange dress cradling the newborn.

“Thank you 2020 for getting one thing right,” she captioned the photo. Emma also revealed the newborn’s full name – Rhodes Robert Hedlund.

The couple originally revealed they were expecting in August 2020. Emma shared several images on Instagram. The first showed the actress in a floral dress with her baby bump on full display, while the second featured the couple sitting sweetly together. In the caption, Emma confirmed it would be a .

The Unfabulous alum went on to show off her baby bump on the cover of December issue, which was released in November. During the interview, Emma said she always saw herself having kids by the time she was 24. However, she was only a few months away from turning 30 by the time her pregnancy was revealed.

At the time, the actress admitted she struggled to get pregnant after being diagnosed with endometriosis, a condition in which the tissue that’s supposed to line the inside of the uterus grows on the outside. It can result in as well as painful menstrual cycles. After her diagnosis, Emma was advised to look into freezing her eggs to increase her options for starting a family. However, she said that as soon as she “stopped thinking about it,” she became pregnant with Rhodes.

Garrett and Emma were . Emma was previously engaged to her American Horror Story co-star Evan Peters, while Garrett dated Kirsten Dunst for four years before splitting in 2016.