A flask of goo that moves to the groove 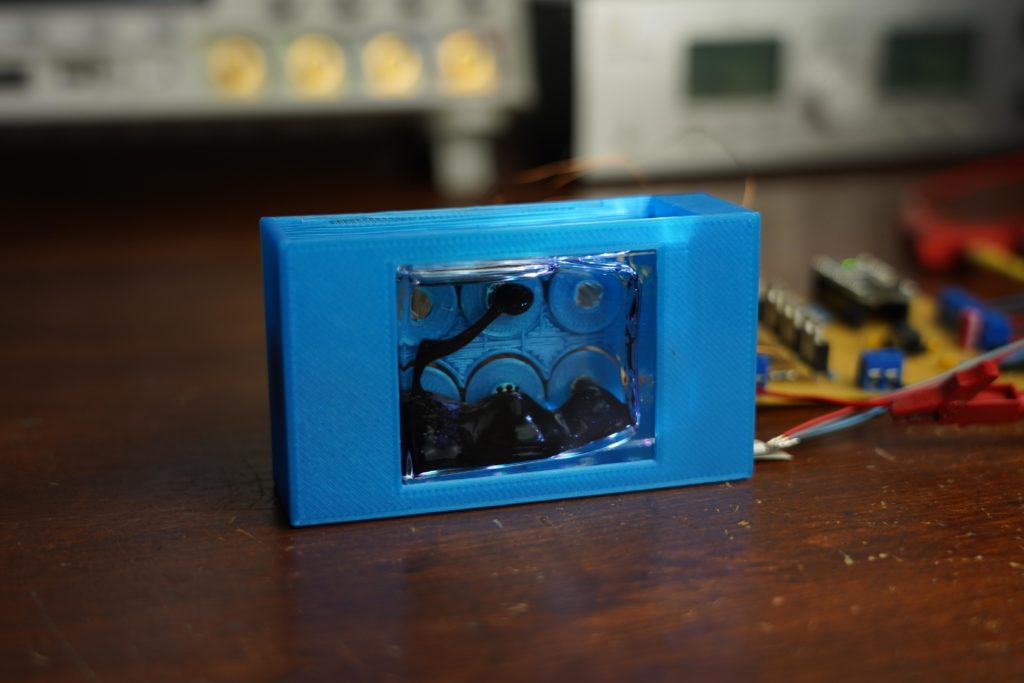 Ferrofluid is an interesting substance that is attracted to a magnetic field. While manually playing with a flask of such goo is interesting for a few minutes, GreatScott! had other ideas.  arranges a half-dozen custom electromagnets on the side of the flask. This allows an to control the magnetic field arrangement, and thus fluid movement, with the help of six MOSFETs.

To make things a bit more interesting, the build integrates an MSGEQ7 chip to analyze sound frequencies, which enables it to bounce the ferrofluid up and down as a three-zone VU meter. The setup also features a strip of addressable LEDs on the bottom for a lighting effect, creating a neat visual complement to your tunes!