This magnetically levitated globe is an attractive piece of home decor 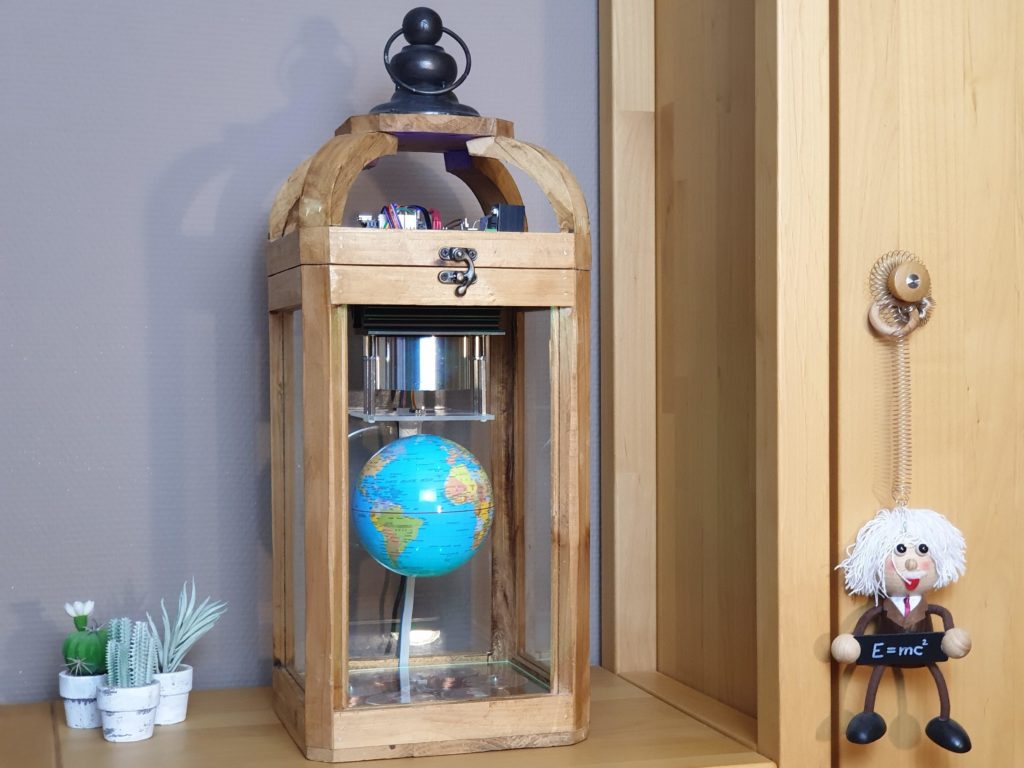 While trying to think of his next project, Herwig Taveirne came up with the idea to craft some kind of  that can showcase certain objects. Some of the criteria included completely magnetic levitation, stable floating, and overall safety since magnets can get quite hot when in use.

Taveirne’s floating globe case was constructed with a wooden lantern as its base, which helps everything look cleaner. The top of the lantern houses a large electromagnet that faces towards the bottom, along with a Hall-effect sensor that dangles below it to measure the distance between the globe and the magnet. An is responsible for controlling the lifting magnet based on what the sensor reads in order to keep a stable position. There is also a set of six other coils at the base that get activated depending on the current rotation of the globe, and these provide small boosts to one side of the globe to keep it spinning smoothly.

Safety was a large concern for this project, and because of this, the primary lifting magnet is surrounded by a heatsink to dissipate excess thermal energy. A temperature sensor was attached too that can alert the Arduino if the device is getting too warm. Finally, a string of RGB LEDs lined the bottom of the lantern housing to give both ambient color and the current status of the system.

Taveirne’s project was recently named a first prize winner in the . To read more about this decorative piece, check out .