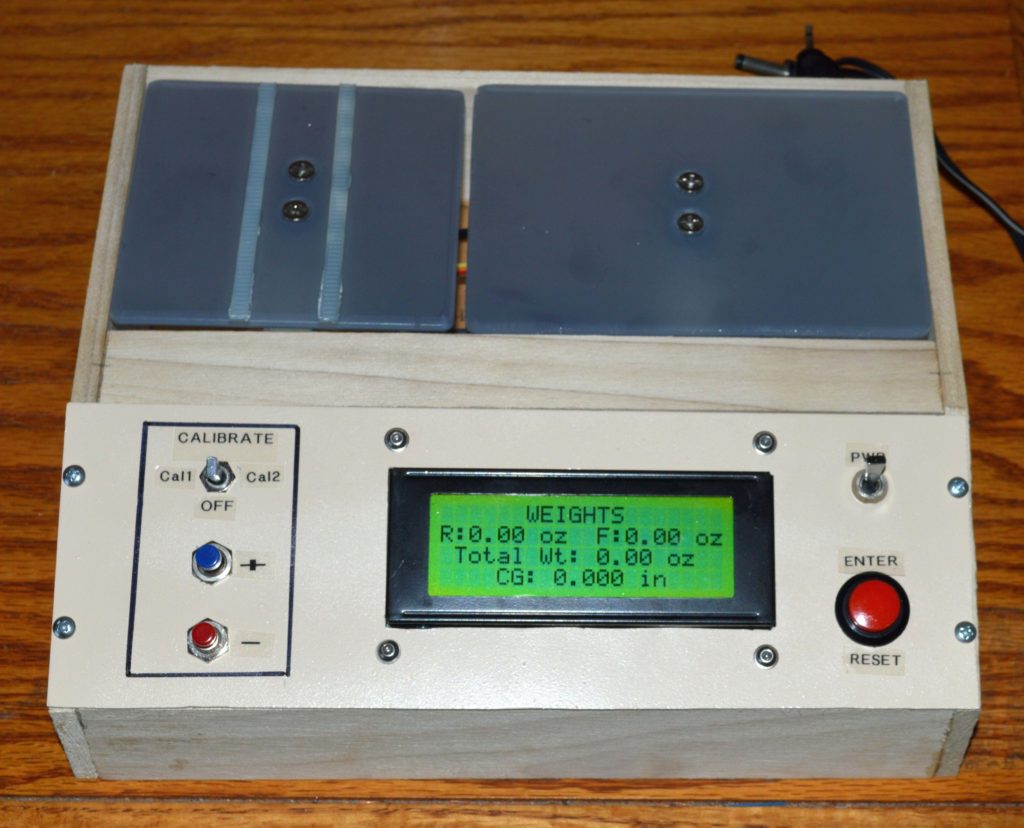 Constructing and racing a pinewood derby car is a great way to introduce young children to the world of engineering and mathematics. Many competitions will limit how heavy a car can be to avoid unfair advantages when it comes to momentum, meaning that contestants will try to add as much weight as possible. However, the center of gravity is also important since having it too far forward or backward can affect the acceleration or traction of the car. To address this problem, willemvl on Instructables  scale that measures exactly where this center lands on the car to assist in balancing.

The main portion of the scale is the set of two load cells that measure the force being applied to their tops. They are connected to the underneath via two digital IO pins. Data such as the front, rear, and total weight are displayed on a large 20×4 I2C LCD screen in the middle which is flanked by a set of buttons to calibrate the scale and begin measurements. 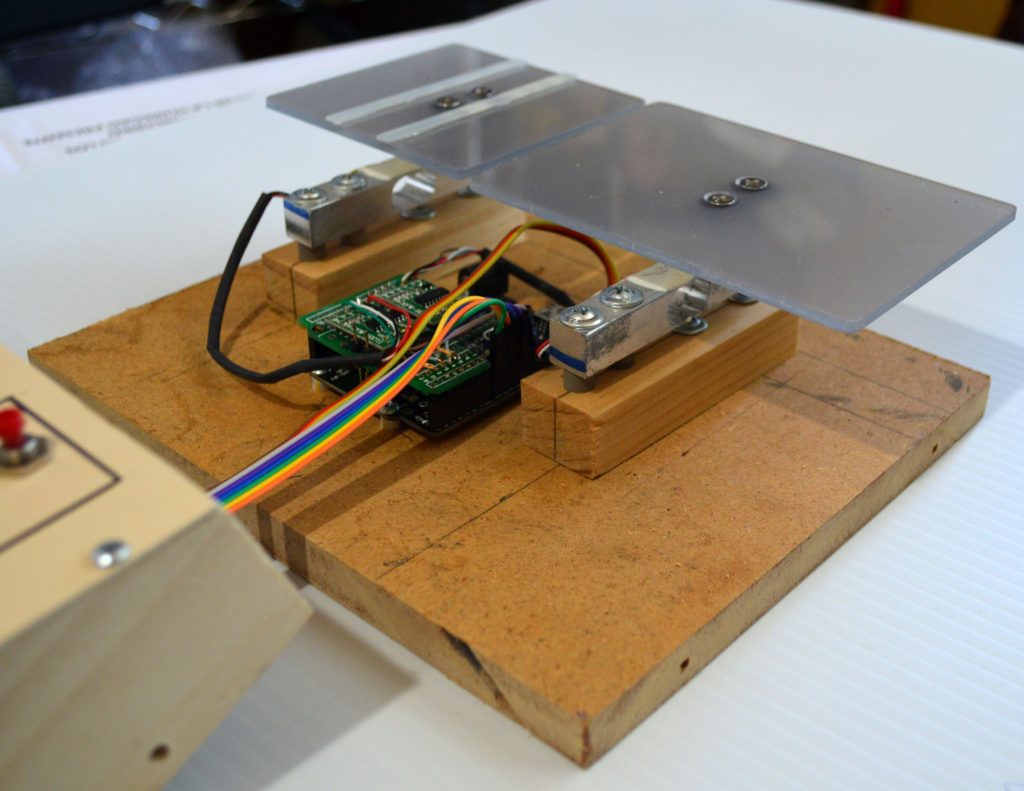 After going through the calibration process with a series of known weights and setting their calibration factors, the scale was ready to use. As can be seen , the center of gravity calculation is amazingly accurate, and it was used to help willemvl when he went to readjust the weights on the pinewood derby car. 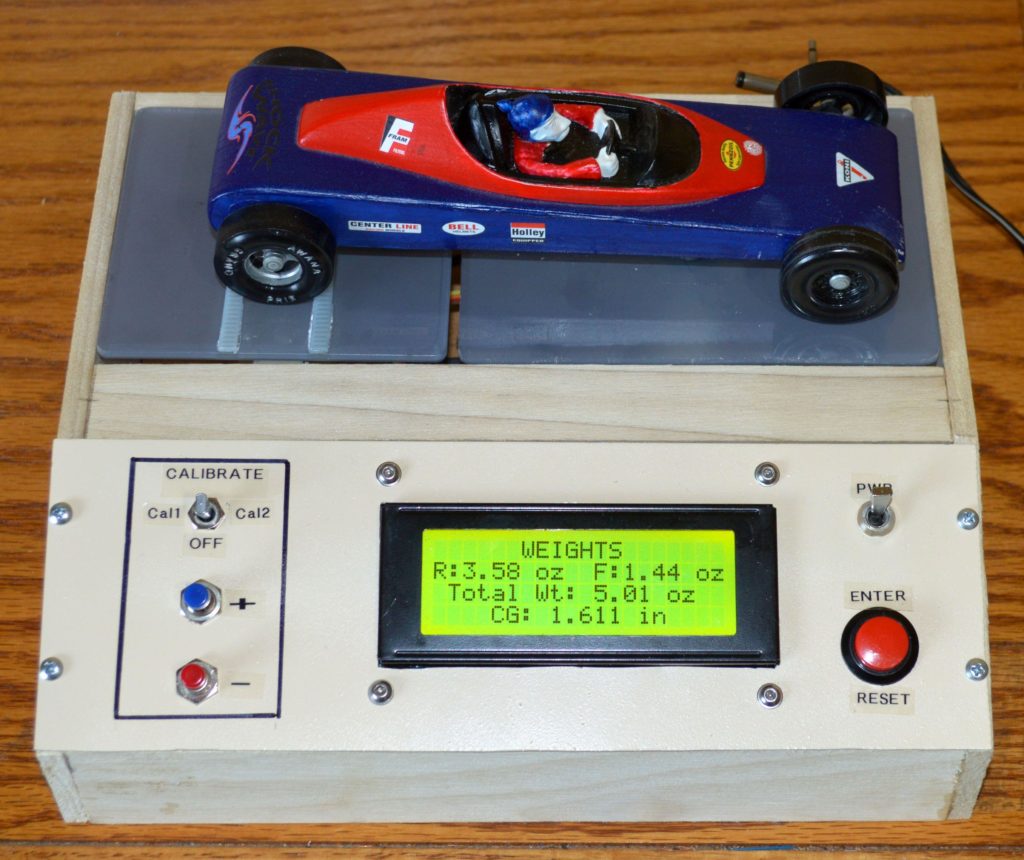