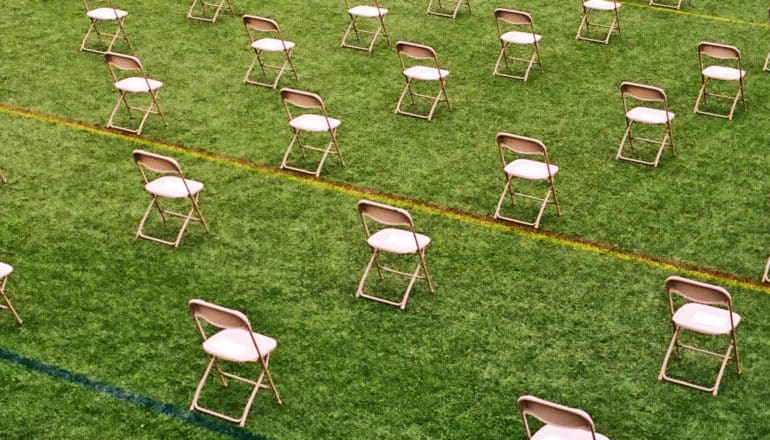 Non-pharmaceutical interventions can be effective at limiting the spread of COVID-19, but individual states need to consider their geographical neighbors for mitigation strategies to be successful, according to a new analysis.

The researchers also report that these interventions need at least three to four weeks to have a measurable effect in dampening COVID-19 spread.

“Simple measures like and restrictions on gatherings can have considerable impact on the number of cases and trajectory of infections,” says senior author Seema Lakdawala, associate professor in the University of Pittsburgh School of Medicine’s microbiology and molecular genetics department.

“As we face an uptick in SARS-CoV-2 infections and suboptimal vaccination rates, it is important to identify strategies that can keep virus-related hospitalizations down.”

In the months after the World Health Organization declared COVID-19 a global pandemic, states across the nation implemented varying strategies to control the spread of the virus.

To compare different interventions and determine which strategies were most effective, Lakdawala and colleagues partnered with Rebecca Nugent, professor and department head in statistics and data science at the Dietrich College of Humanities and Social Sciences at Carnegie Mellon University, and colleagues. They scoured state government and governors’ websites of all 50 states and the District of Columbia to painstakingly reconstruct the progression of the pandemic over the past year.

The analysis revealed that, not surprisingly, stronger —such as universal masking mandates, gathering restrictions, and restaurant and bar closures—implemented between March 2020 and March 2021 were associated with fewer COVID-19 deaths.

“We discovered that some groups of states located geographically close to one another—such as in the Midwest—had similar patterns in , despite the fact that their mitigation strategies were different,” Nugent says.

“The clustering that we observed may be correlated with environmental conditions, such as temperature and humidity, but we think that it’s most likely a reflection of intermingling due to travel.”

The researchers also found that nearly a month is needed to observe whether the interventions had a desired effect on reduction of COVID-19 cases.

“When tracking the efficacy of public health interventions, it’s important to be patient. There was a three- to four-week lag between when interventions were put in place and when their effects became apparent,” says Nugent.

“It may take a while to see the impact of restrictions, so it’s important not to lift them . We should also consider implementing them earlier when cases begin to go up, before it’s too late to stop the large surges in case numbers.”

The researchers have created an interactive dashboard, , that reflects the dynamics of implementation of non-pharmaceutical interventions and COVID-19 cases. They urge local governments to consider these insights in guiding the public health response and pandemic preparedness as the Delta variant gains a foothold in areas of the country with low vaccination rates.

“ remain the single most effective way to control the spread of the virus and lead us out of this pandemic,” says Lakdawala, also a member of the University of Pittsburgh’s Center for Vaccine Research. “But vaccines aren’t the only strategy that we have available. Simple interventions, like universal masking mandates, are extremely effective in curbing the spread of this deadly virus and should be used when other options aren’t available.”

The findings appear on the preprint website . This preprint paper has not undergone peer review and its findings are preliminary. Additional coauthors are from Carnegie Mellon University and the University of Pittsburgh.