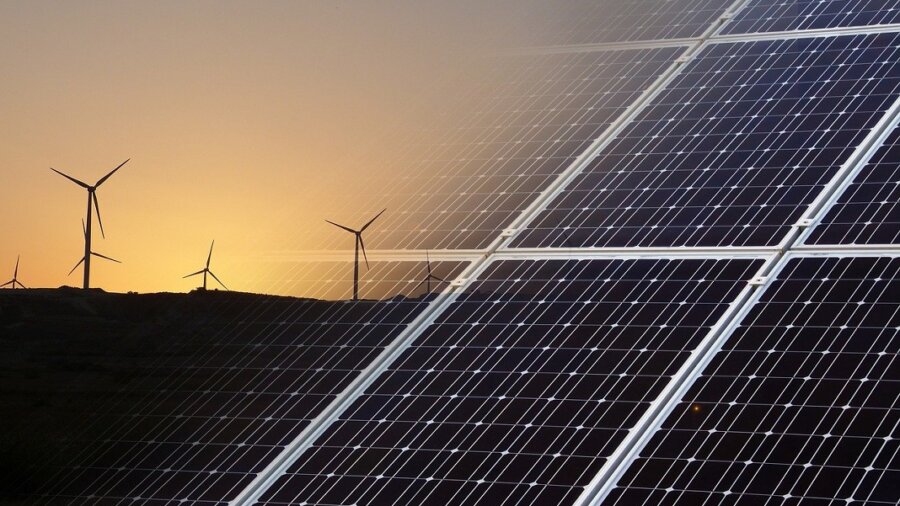 Finding a way to store large amounts of energy at low cost will be vital if we want to shift our grids to renewable energy. A that can deliver power for 100 hours at one-tenth the cost of lithium ion could be the key.

Rapid improvements in the cost and capacity of lithium-ion batteries are transforming the transport sector, helping go toe-to-toe with gas-powered cars. Prices have dropped so low that lithium-ion batteries increasingly make sense for large-scale applications, such as for when the sun doesn’t shine or the wind doesn’t blow.

But there’s one place where they’re still of little use: storing energy for multiple days. This is crucial, because a grid reliant on large amounts of renewables doesn’t only have to contend with daily variations in sun and wind—a major storm can block out the sun or an extended period of calm can bring turbines to a halt for days at a time.

A secretive startup backed by Bill Gates’ Breakthrough Energy Ventures thinks it may have the answer, though. , which was co-founded by the creator of Tesla’s Powerwall battery, Mateo Jaramillo, and MIT battery guru Yet-Ming Chiang, has unveiled a new battery design that essentially relies on a process of “reversible rusting” to provide multi-day energy storage at ultra-low costs.

“With this technology, we are tackling the biggest barrier to deep decarbonization: making renewable energy available when and where it’s needed, even during multiple days of extreme weather or grid outages,” Jaramillo .

The company’s batteries are each about the size of a washing machine, and are filled with iron pellets and a water-based electrolyte similar to that used in AA batteries. To discharge, the battery breathes in oxygen from the air, converting the pellets to iron oxide, or rust, and producing electricity in the process. To charge, the application of a current converts the rust back into iron and expels the oxygen.

The key to their approach is the low cost of the constituent materials. Today’s lithium-ion batteries cost $50 to $80 per kilowatt-hour thanks to the expensive minerals required to make them, like nickel, cobalt, lithium, and manganese. According to the , Form can make theirs for just $20 per kilowatt-hour, and they will be able to provide power for 100 to 150 hours, depending on the configuration.

That’s significant, because recent found that below this cost, the combination of energy storage and renewables could provide reliable baseload power 100 percent of the time in places with abundant renewable energy, like Texas and Arizona, making it possible to completely do away with fossil fuel power plants.

These batteries aren’t small, though, and certainly won’t be finding their way into electric vehicles or consumer electronics. Form plans to create megawatt-scale “powerblocks” made up of thousands of its batteries, which can then be combined in tens or hundreds depending on the desired amount of storage.

So far the company has only built a prototype of a single battery cell, but it has already inked a deal for a 300-megawatt pilot project with Minnesota-based Great River Energy that will go live in 2023, . It also has significant backing from steel giant ArcelorMittal, which will be providing the raw materials for its batteries.

Battery technology is notoriously difficult, and many seemingly promising startups have struggled to make the transition from successful demo to commercially viable product. Form also faces considerable competition from developing new long-duration battery chemistries, as well as others building a variety of thermal, mechanical, and storage alternatives.

But with a simple chemistry, high-profile backers, and considerable expertise, it seems Form is in a good position to make reliable, long-term energy storage a reality.