This Robot Taught Itself to Run, Then Proceeded to Knock Out a 5K 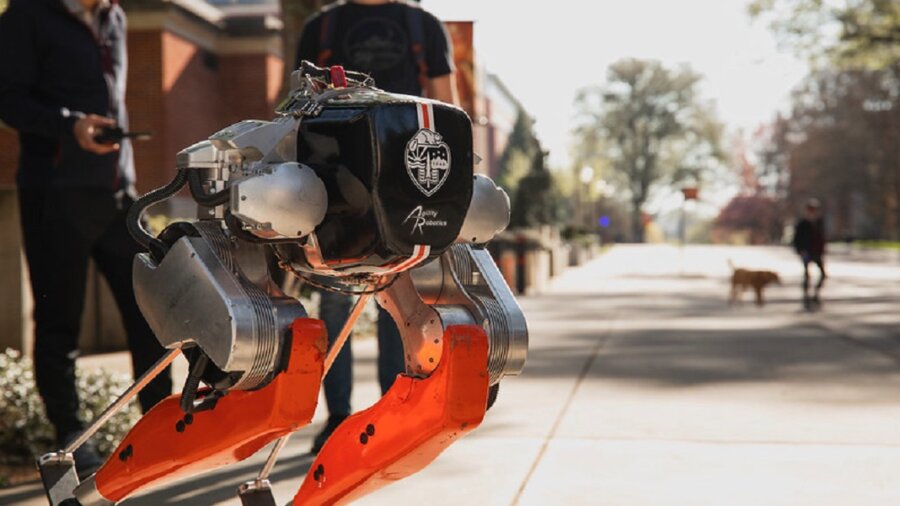 In the last few months, robots have learned some pretty cool new skills, including performing a sweet coordinated and from start to finish. Now there’s another accomplishment to add to the list: .

Made by , which was spun out of Oregon State University, Cassie was developed using a $1 million grant from DARPA. The robot is basically a pair of mechanical legs with a battery pack sitting on top. Thanks to the design of its hip joints, its legs can move forward, backward, or side to side.

Earlier this year, a group of students at Berkeley to teach Cassie to walk. But making the leap from walking to running wasn’t as straightforward as you might think. To us, running is just a faster version of walking, and we don’t often consider the various skills and regions that go into even a short jog around the neighborhood.

Our core muscles engage to help keep us balanced as we’re in constant motion. Our vision scans the area in front of us for obstacles to avoid, changing course as necessary. Our heart rate kicks up a few notches, and our respiratory system regulates our breathing.

Granted, it’s a little different for a robot, since they don’t have lungs or a heart. But they do have a “brain” (software), “muscles” (hardware), and “fuel” (a battery), and these all had to work together for Cassie to be able to run.

The brunt of the work fell to the brain—in this case, a machine learning algorithm developed by students at Oregon State University’s . Specifically, they used , a method that mimics the way humans learn by using a trial-and-error process guided by feedback and rewards. Over many repetitions, the algorithm uses this process to learn how to accomplish a set task. In this case, since it was trying to learn to run, it may have tried moving the robot’s legs varying distances or at distinct angles while keeping it upright.

Once Cassie got a good gait down, completing the 5K was as much a matter of battery life as running prowess. The robot covered the whole distance (a course circling around the university campus) on a single battery charge in just over 53 minutes, but that did include six and a half minutes of troubleshooting; the computer had to be reset after it overheated, as well as after Cassie fell during a high-speed turn. But hey, an overheated computer getting reset isn’t so different from a human runner pausing to douse their head and face with a cup of water to cool off, or chug some water to rehydrate.

Cassie isn’t the first two-legged robot to run. Honda’s  robot had a slow jog down in 2004, and Boston Dynamics’  (sort of frighteningly) like a person when it runs, moving its arms in coordination with its legs. But it is notable that Cassie taught itself to run, as it shows off machine learning’s potential in robotic systems.

And this feat is just the beginning. “The students combined expertise from biomechanics and existing robot control approaches with new machine learning tools,” said Jonathan Hurst, a robotics professor who co-founded Agility in 2017. “This type of holistic approach will enable animal-like levels of performance. It’s incredibly exciting.”