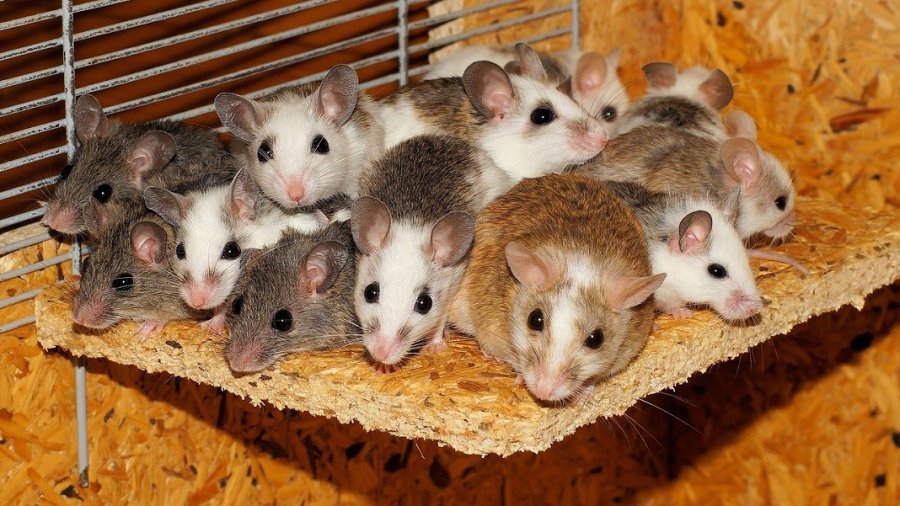 The baby mice popcorning around their cages looked utterly normal. But in fact, they’re a technological wonder: they were born from bioengineered eggs matured inside a man-made ovary. Even crazier, both the eggs and the ovary were grown from stem cells.

is the brainchild of Dr. Katsuhiko Hayashi of Kyushu University, who’s led the pursuit of making gametes—sperm and eggs—without the constraints of a living body. If adapted for humans, these wild reproductive pursuits are bound to shake up our entire conception of the beginning of life—similar to the way “test-tube” babies did when (IVF) was first introduced.

Hayashi dreams of even bigger possibilities. Because stem cells can be rapidly or other cells, they are an endless source of raw material to make sperm and egg cells. If fully functional, these basic components of reproduction can merge into a fertilized egg inside a test tube, be transplanted into a surrogate, and birth a new generation without ever seeing testes or ovaries.

“This technical breakthrough…holds enormous potential for germ cell research,” commented Drs. Lin Yang and Huck-Hui Ng at the Genome Institute of Singapore, who were not involved in the study.

The technology, in vitro gametogenesis, or IVG, comes with mind-bending possibilities. Researchers can use these lab-grown models to better understand how reproductive cells form and mature—and how the process can falter. For couples struggling to conceive, or people who’ve lost reproductive function due to diseases like cancer, IVG would offer a new route towards pregnancy. It also raises the potential of same-sex couples conceiving children with their own genetic makeup.

To be clear: there are far more hurdles to clear before IVG can be tested in humans. But Hayashi shows a rainbow of potential applications ahead—and reigniting debates on the limits of how IVG should be tested and used in humans.

For the past decade, Hayashi has been rewriting the classic tale of boy meets girl. Or rather, sperm meets egg. His secret ingredient? Stem cells.

Stem cells are like the playdough of our bodies. By dousing them with specific mixes of biomolecules, it’s possible to nudge them into different types of cells—including sperm and egg. , Hayashi dazzled the world of reproductive science. By bathing stem cells in a particular chemical soup, his team was able to make the precursor to sperm cells outside the body. It didn’t matter where the stem cells came from. Those naturally occurring in embryos or those “reversed” or “deprogrammed” from skin cells, called induced pluripotent stem cells (iPSCs), both had the capacity to turn into functional sperm.

, and the team achieved the same with eggs in mice. Using stem cells, they were able to mimic the entire process of how ovaries make eggs. The tube-grown eggs went on to create healthy, living mouse pups—another scientific first.

During the study, however, the team ran into a massive technological bottleneck. Eggs made in a test tube couldn’t develop naturally outside the ovary. For the cells to mature, the team had to incubate them with fresh ovarian tissue from mice—a workaround that’s both a bit icky and totally impractical for any future infertility treatments.

The new study tackled that bottleneck: Is it possible to make an artificial ovary floating in a dish?

The team honed in on support cells that normally encapsulate a developing egg. These support cells thrive inside the ovary and secrete hormones and other nutrients that help support the metabolic needs of an egg. “This connection is crucial for many developmental milestones,” explained Yang and Ng, including forming ovarian follicles, or fluid-filled sacks in the ovaries that work as living incubators for the eggs to mature.

Similar to any other cell type, these ovary-supporting cells can also be made from stem cells—if we know the secret chemical recipe. After five long years of tenacious work, Hayashi figured out the keys to building these ovary tissues. Many have fanciful names—for example, sonic hedgehog (SHH)—but most of these proteins are in a family called morphogens, in that they can morph the physical structure and identity of a tissue.

After dousing stem cells with this soup, the cells shed their previous identity, instead adopting that of fetal ovary supporting cells. Their gene expression profile also closely mimicked that of their natural counterparts.

The team next mixed in a dose of precursor immature egg cells, also made from stem cells. Together, the cells coalesced into tiny ovarian follicles, with support cells forming a bubble that tightly hugged the developing egg. The eggs were then fertilized with sperm, transplanted into surrogate mouse mothers, and after normal pregnancies, gave rise to roughly a dozen healthy pups. The baby mice, covered with a silky coat of white or brown fur, eventually gave birth to babies of their own.

This is the “gold standard” of making sperm or eggs inside a test tube, said Yang and Ng.

“It’s a very serious piece of work,” Dr. Richard Anderson at the University of Edinburgh, who was not involved in the study.

A New Concept of Reproduction?

The new paper has been hailed as a “technological breakthrough” with enormous potential.

For one, it opens the floodgates for researching the very early stages of how our bodies make reproductive cells—something that remains relatively mysterious. One clue is that the artificial ovary produces mature eggs less effectively than its natural counterpart, suggesting there’s much we still don’t know.

As for assisted reproductive technologies in humans, this particular technology is still decades away. That said, “the proof-of-concept study…has made clear strides towards enabling IVG at scale,” wrote Yang and Ng. What remains to be seen is how much the method translates to humans. Compared to mice, our reproductive cells take far longer to mature, and likely require different supporting nutrients for the sperm, egg, and surrounding tissue.

The team is now testing their chemical soup in marmosets. If successful, they may move towards nonhuman primates before attempting to create life for expecting parents.

Even with these cautions, it’s easy to see how things could go wrong when it comes to creating a new human being. So far, we don’t yet have existing international legal or ethical frameworks around IVG babies—humans essentially made from stem cells, or even skin cells—largely because the technology isn’t there. But it’s not too soon to consider the ethical implications and potential impacts on society as a whole.

Hayashi is taking it very slow, while welcoming public discourse before even considering any clinical use. The first step, he said, is to verify the quality of the lab-made eggs, adding, “That could take a long, long time.”