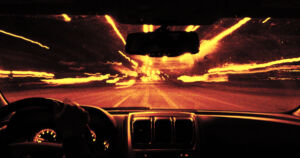 In the near future, you may need to prove to your car that you’re sober before you’re allowed to take the wheel.

Buried on page 1,066 of the newest version of currently being debated by Congress is a provision, , that says every new car built from 2027 onward would need to include some sort of monitoring system to catch anyone trying to drive with alcohol in their system. It’s an interesting idea for how the automotive industry could in preventing drunk driving, but as Motherboard notes, there’s some reason to be skeptical of alcohol-detecting tech currently under development.

Right now, the breathalyzers that can be attached to drunk driving offenders’ cars have a low but non-zero error rate, Motherboard notes. If everyone in the country had to blow into one to start their vehicle, the publication’s back-of-the-envelope math suggests that there would be millions of false positives keeping people from where they need to go per day.

But that doesn’t seem to be what the infrastructure bill is calling for. The draft legislation doesn’t refer to any program or tech by name, but Motherboard notes that it does seem to imply future adoption of technology that’s currently under development by the Driver Alcohol Detection System for Safety Program (DADSS), an amalgam of various government and industry agencies collaborating on the problem.

DADSS is working on two passive systems meant to catch drunk drivers in the act. One monitors the air inside a car for whiffs of alcohol, and the other measures blood alcohol levels through the driver’s skin when they press the car’s engine button.

Right now, DADSS’ breath sensor seems to operate on an all-or-nothing basis — it detects the presence or absence of alcohol rather than being able to accurately determine whether the driver’s blood alcohol concentration is above the specific legal limit. But the organization says it’s working on upgrades that will make the tech both more accurate and less intrusive, so hopefully it will be ready by the potential 2027 rollout date.