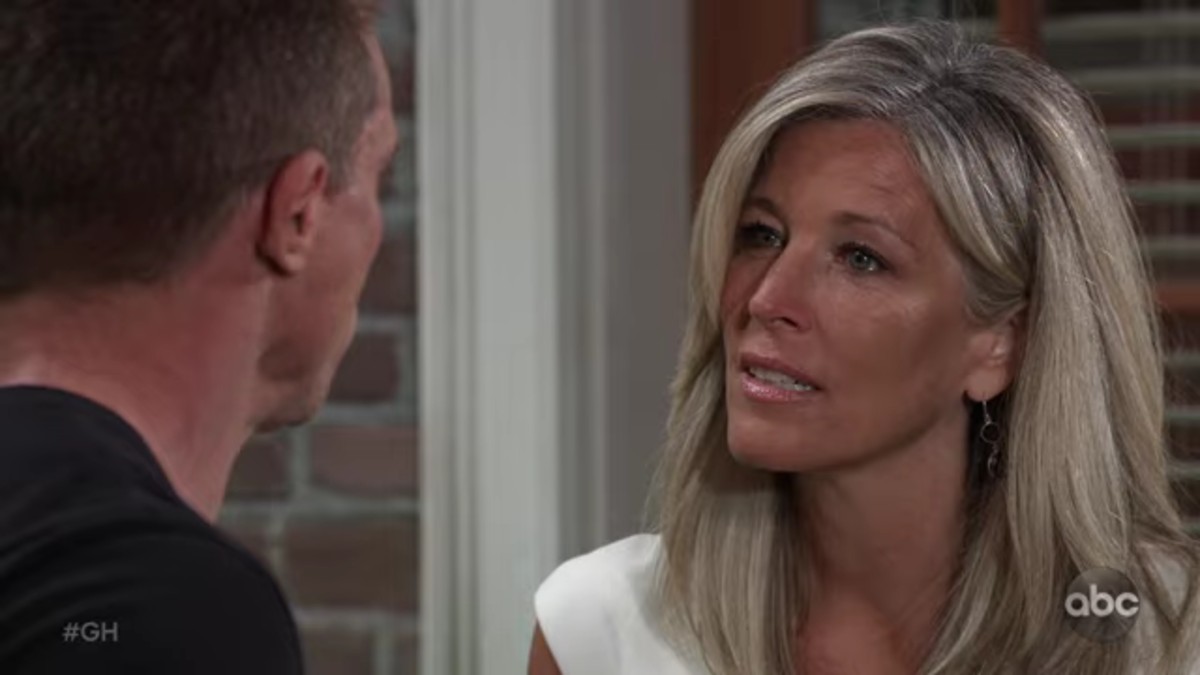 
General Hospital spoilers reveal that the upcoming week in Port Charles is going to be a wild one.

A party, a concerning letter, and a break in a case will give way to what the next week holds.

It’s been a while since a party at Wyndemere happened, but that will also change in the coming days.

After Joss (Eden McCoy) and Cam (William Lipton) were confronted by Joey Novak (Patrick Zeller), her safety is being questioned. Jax (Ingo Rademacher) isn’t happy about Carly’s (Laura Wright) choice to marry Jason (Steve Burton) and remain in the mob life, so this encounter leaves everyone rattled.

Of course, Jason and Carly are going to work harder to provide a united front. With the Novaks pushing harder than ever, it is time for them to shine.

Jax will have something to say when he confronts Jason at the end of next week. Joss’ safety is one of his biggest worries, and new that Jason has allowed the Novaks to breach the family, daddy dearest, isn’t happy.

Trina (Sydney Mikayla) has pushed der Chavez) to host a party at the grand estate. Back in the day, there were plenty of parties and other things gone awry there. Now, it’s time for the new teen scene to break it in.

When Cam and Spencer get ready for the party, there may be some hangups. Will they be able to pull things off and present a good time for Joss and Trina? Something tells us everything won’t go as planned.

Meanwhile, Nikolas (Marcus Coloma) is worried about Spencer. He is close to figuring out that his son is the one who has been terrorizing him and Ava (Maura West).

Sam and Dante work together

As Sam (Kelly Monaco) works to figure out who had Hayden (Rebecca Budig) shot, she will enlist Dante (Dominic Zamprogna) to help.

Shawn (Sean Blakemore) is getting closer to learning the truth. He went to prison for shooting Hayden, even though it wasn’t his bullet that hit her. viewers know that Nikolas had her shot, and the closer Shawn gets to the information, the more the world closes in on Nikolas.

By the end of the week, look for a meetup between Sam and Dante, and maybe a little more than friendship happening.

While things get tenser in Nixon Falls, Nina (Cynthia Watros) and “Mike” (Maurice Benard) take another step forward. That’s right, another line is going to be crossed.

As they plan their future together, things look good for the couple. Of course, that can only mean that the truth about “Mike” being Sonny is about to get out.

Be sure to tune in all next week so not a moment of the juicy drama is missed.