The Walking Dead: Latest trailer shows Virgil and Connie in a bad way 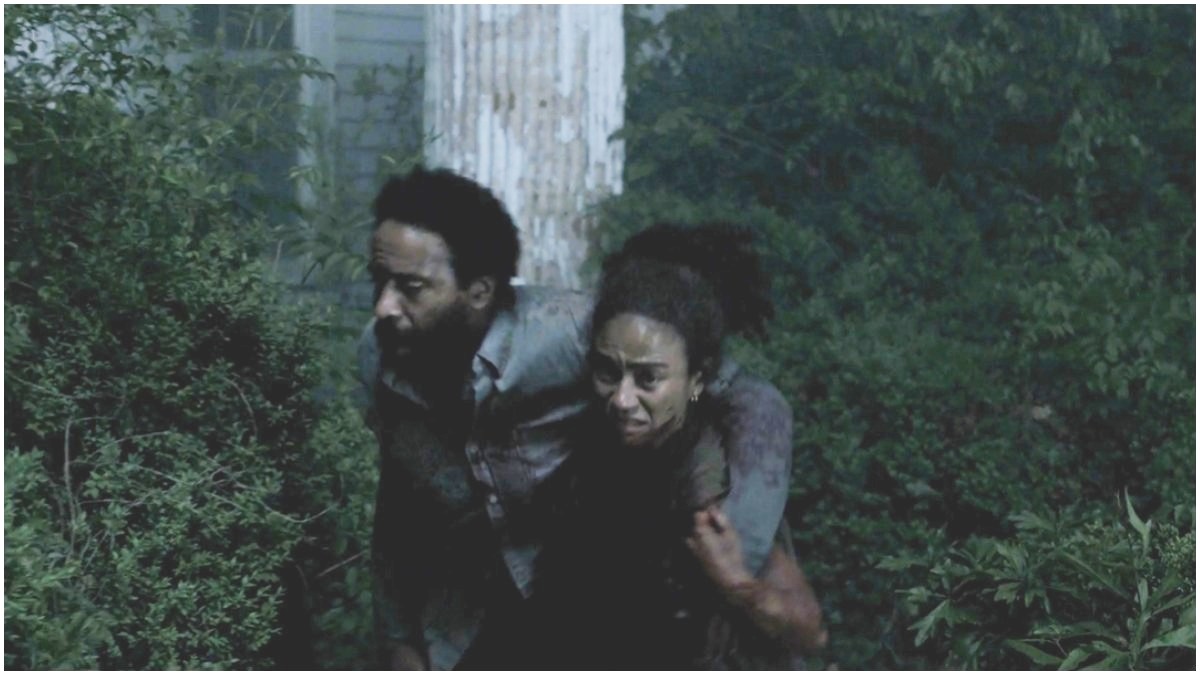 Kevin Carroll as Virgil and Lauren Ridloff as Connie, as seen in the Season 11 trailer for The Walking Dead. Pic credit: AMC


The latest trailer for Season 11 of The Walking Dead reveals further details of both Virgil (Kevin Carroll) and Connie (Lauren Ridloff). However, things look grim.

Initially, the character of Virgil appeared to be a single occurrence to help propel along. However, he turned up at the end of Season 10 of The Walking Dead.

Connie, who had been missing and presumed dead by the communities, was found very near death by Virgil, so it was expected their storylines would be explored further in Season 11.

However, very little had been revealed about these characters until the trailer, which is a part of AMC’s until The Walking Dead returns on August 22, dropped on Thursday.

Virgil and Connie stick together

The last viewers saw of Virgil and Connie was when Connie staggered onto a road and collapsed. Virgil paused to check on her and it appears the pair are still traveling together in the latest Season 11 trailer for The Walking Dead.

Things have been particularly harrowing of late for Connie, who has been missing for some time. However, the new clip appears to show that Connie is in much better health now — but it is Virgil who struggles now.

The pair are limping through the woods at night. In the background, a hut is seen, but nothing else that can pinpoint where they are exactly.

Virgil is leaning heavily on Connie as they move and he has plenty of blood spatter on one side of his body, indicating he might have wounds — or even an infected bite from a walker.

Connie is also shown at one point in the clip apparently hiding. A bloody knife is stabbed through the wall, barely missing her, and it may be the event that causes Virgil’s injuries.

However, until Season 11 of The Walking Dead airs, there is no way to confirm this. 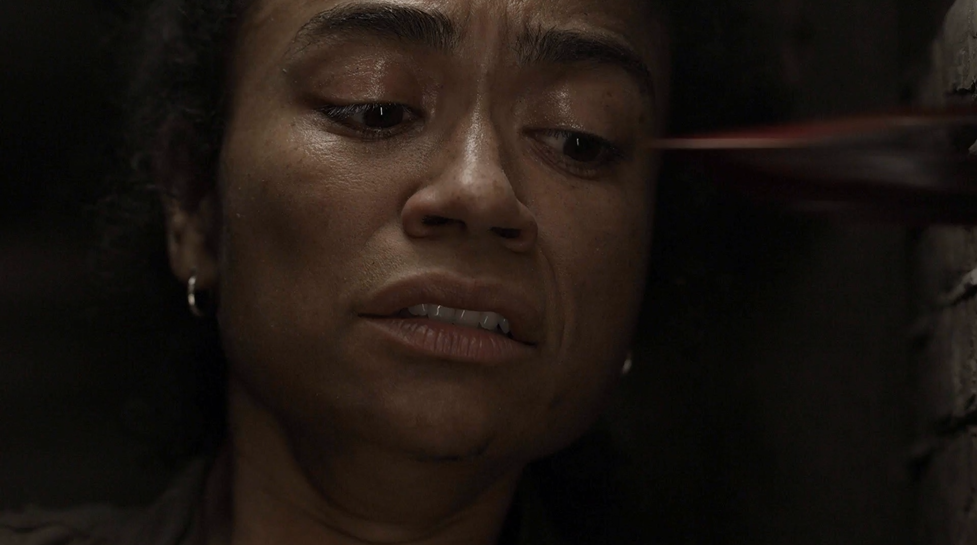 Lauren Ridloff stars as Connie, as seen in the Season 11 trailer for The Walking Dead. Pic credit: AMC

The question many fans are asking now, after seeing this short teaser, is whether or not Virgil will live long enough to reveal the fate of Rick Grimes (Andrew Lincoln).

Rick went missing — presumed dead — in Episode 5 of Season 9 of The Walking Dead. Not only was he injured, but it was presumed he died as a result of a bridge explosion that he created to save everyone else.

Michonne discovered Rick’s boots in Virgil’s possession in Episode 13 of Season 10 of The Walking Dead. After that, she set out to find out if her partner was alive, hinting to Rick’s daughter, Judith (Cailey Fleming), that he might be alive.

So far, it appears that Judith has mostly held onto this secret, but all of that might change once Virgil comes onto the scene in Season 11. It will be interesting to see how everyone else reacts to the news that Rick may be alive — especially his friend, Daryl Dixon (Norman Reedus), who struggled terribly after Rick went missing.

This is their home and they’re going to fight to save it. Watch it all go down on the return of on August 22nd or stream it early with starting on August 15th.

— The Walking Dead on AMC (@WalkingDead_AMC)