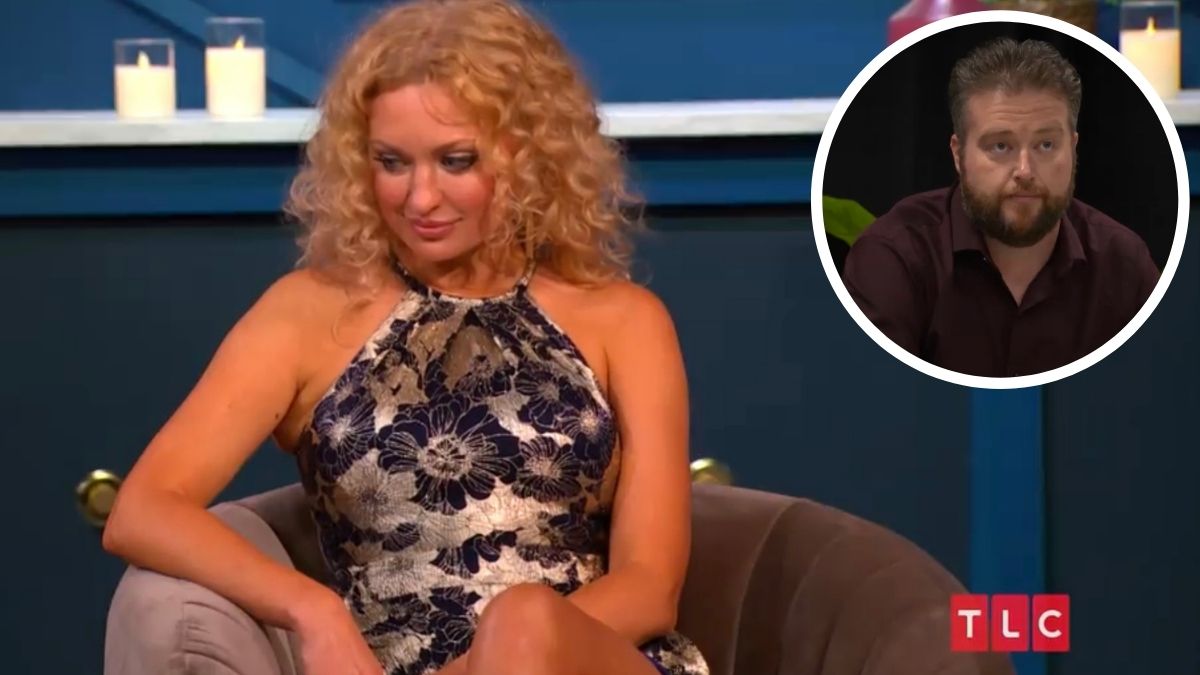 Natalie and Mike face off during the explosive Tell All. Pic credit: TLC


The 90 Day Fiance: Happily Ever After? Tell All features an explosive faceoff between Natalie Mordovtseva and Mike Youngquist and we have a sneak peek for you.

The couple’s tumultuous relationship has been playing out since the moment we first met them, and viewers were actually surprised that the couple was still together in Season 6 and eventually tied the knot.

Natalie dares Mike to find a better woman than her

The 90 Day Fiance: Happily Ever After? Tell All will be one for the books and all eyes will be on disastrous couple Natalie and Mike. In a clip for what’s to come, there is a showdown between the now estranged husband and wife duo.

“I’m just going to lay it all out there. If it’s a f**king s**t show, then that’s what it is,” said Mike to the camera backstage. He later took his seat on the stage and unlike the other couples, Mike and Natalie were seated apart.

In one tense scene, Mike remarked, “?” Things got very quiet on the stage, but Natalie had a response for Mike.

“If you think you can find [a] better woman than me and be happy, I will only pray for you, honestly,” retorted Natalie in the clip.

Mike is not the only one that Natalie will face off with during the 90 Day Fiance: Happily Ever After? Tell All. The Ukraine native will have a heated moment with his mom, Trish, as well.

In the clip, cameras caught Natalie having a conversation with Trish backstage. “You’ve been nothing but evil to him,” said Trish to her daughter-in-law.

“Are you joking?” responded Natalie, but Mike quickly stepped in and broke up the argument.

In another scene, a very angry Natalie tells the camera backstage, “I don’t care, I don’t give a f**k. !”

The scene will play out in its entirety when the Tell All airs on Sunday, August 15 at 8/7 central. However, until then, there’s still the season finale left to air next and it promises lots of drama as well.