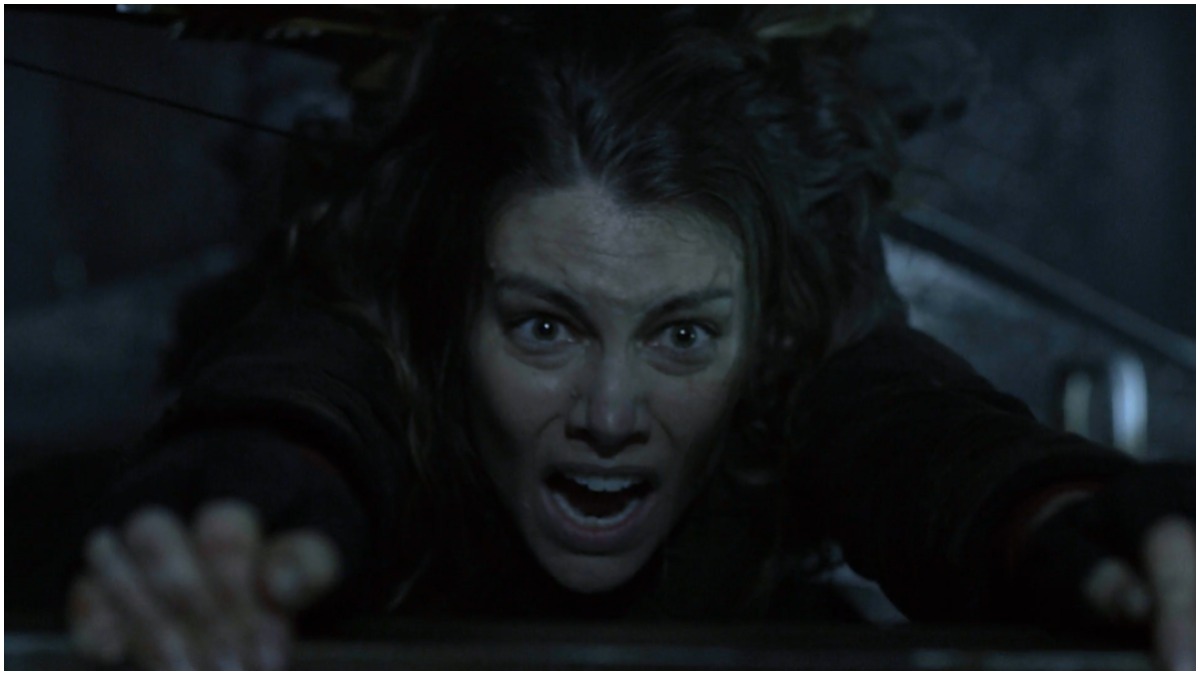 Lauren Cohan stars as Maggie Rhee, as seen in the Season 11 trailer for The Walking Dead. Pic credit: AMC


A new Season 11 trailer for The Walking Dead ends with a rather dramatic — and potentially deadly — cliffhanger.

Released as a part of AMC’s in the lead-up to the premiere of The Walking Dead’s final season , it shows Maggie Rhee (Lauren Cohan) falling after her grip gives way.

This has led to many viewers immediately wondering at the fate of the beloved character who has only just returned to the hit zombie apocalypse series.

Will Maggie die in Season 11 of The Walking Dead?

The latest short trailer for Season 11 of The Walking Dead deals most specifically with after it was attacked and brought to ruin during the Whisperer War last season.

However, in the closing seconds, Maggie is seen hanging onto a narrow ledge. She is looking up and shouting in obvious panic.

Then, her fingers slip, and she falls.

Just before that, the following dramatic words had been spoken over the top of the teaser.

While it is unclear exactly where Maggie is located, it certainly gives the impression that she is about to fall from a very great height due to her apparent fear of the situation. Alternatively, the height might not be so great, but there could be a bunch of walkers below, ready to devour her.

This is their home and they’re going to fight to save it. Watch it all go down on the return of on August 22nd or stream it early with starting on August 15th.

— The Walking Dead on AMC (@WalkingDead_AMC)

It appears in this one that Maggie is terrified and about to fall to her death, but all may not be what it seems.

Quite often in trailers — not just for The Walking Dead — a heightened sense of urgency is created by taking a scene entirely out of context.

While the dramatic scene could show Maggie falling to her death, it’s probably not what is actually occurring. After all, would AMC reveal such a huge plot twist in one of its trailers before Season 11 of The Walking Dead had even had a chance to air?

Plus, Maggie has only just returned to The Walking Dead, and it seems like a waste to kill her off so soon after she has made a homecoming.

Maggie’s life may potentially hang in the balance, and she may definitely get injured in this scene. However, it is not very likely she will perish. Instead, it would be more likely if she manages to land on something that will break her fall and soften the blow.

Another option is that someone will reach out and grab her hand as she lets go, saving her before she has a chance to plummet to a deadly end. Of course, until Season 11 of The Walking Dead drops, viewers will have to continue speculating about Maggie’s fate.