The Suicide Squad Credits Scene Explained: The Future of the DCEU

[Editor’s Note: This article contains spoilers for The Suicide Squad.]


In the credits of The Suicide Squad, a surprising thing happens. Weasel, who was thought to have drowned, coughs up some water, gets up, and scurries into the jungle. In this essay, we will explore what this might mean for the film’s most interesting character, Weasel.


Oh, wait. You’re probably curious about the other scene. The one that comes at the end of the credits. The one that shows Peacemaker (John Cena) didn’t die. Okay, let’s dig into that. It was shown earlier in the film that in a duel with Bloodsport (Idris Elba), Peacemaker was shot in the neck and then, if that didn’t kill him, a building fell on top of him when the Jotunheim facility collapsed from the emergence of Starro. But as the credits scene showed, Peacemaker is a tough son of a bitch, and we see him recuperating in a hospital bed. Two of Waller’s lackeys, John Economos (Steve Agee) and Emilia Harcourt (Jennifer Holland), have come to get the injured Task Force X member to, as Emilia says, “Save the fucking world.” 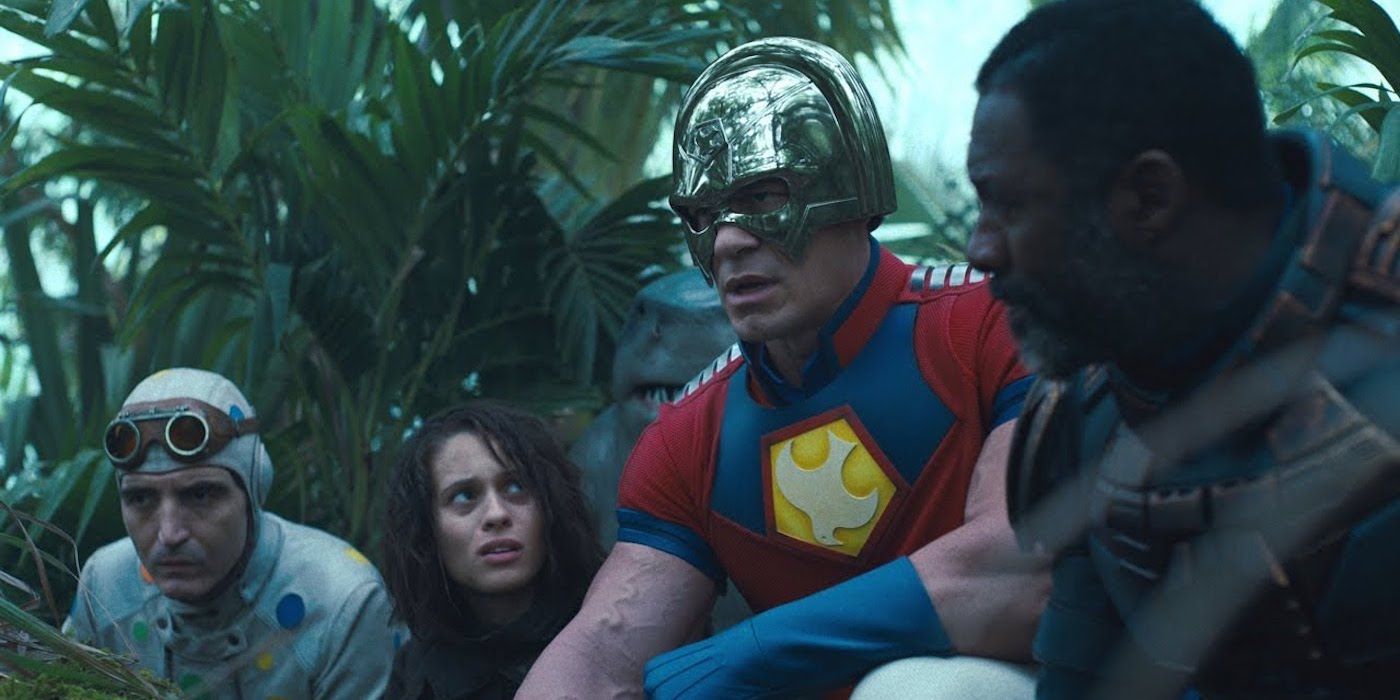 
This is our intro to the upcoming HBO Max series, Peacemaker, which The Suicide Squad writer-director James Gunn oversaw and helmed five of the episodes. The series will follow the titular deranged anti-hero on a mission, although the details of the plot are still under wraps. The series stars Cena, Agee, and Holland as well as Danielle Brooks, Chukwudi Iwuji, Christopher Heyerdahl, Hhut Le, Freddie Stroma, and Robert Patrick. The series will run for eight episodes and is set to premiere on HBO Max in January 2022. Filming on Peacemaker wrapped this past July. Other directors on the series include Jody Hill (Observe and Report), Brad Anderson (The Machinist), and Rosemary Rodriguez (Jessica Jones).


When asked why he wanted to make a series about Peacemaker, :

“Peacemaker has a clear set of ideals that I find really interesting. You know: ‘I want peace no matter how many men, women and children I need to kill to get it.’ Sounds like nonsense, but it also makes a lot of sense. And you see in John’s performance how he does not feel good about it – something I thought was the seed of an entire eight-episode show.”


This will be the first HBO Max series coming down the line to expand the live-action DC Extended Universe, but it’s far from the last. Warner Bros. is also in various stage of production on a Green Lantern series starring Finn Wittrock and Jeremy Irvine, a Batgirl series starring Leslie Grace, and a prequel series for The Batman that focuses on the Gotham police department. How these series will shape the DCEU (if at all, as its construction remains fairly loose right now) remains to be seen. But Peacemaker will be first out of the gate, and after seeing the character in The Suicide Squad, I’m excited to spend some more time with Cena’s delightful psychopath.