Warner Bros. has released the first trailer for Clint Eastwood's new movie , and I only wish I could've been there when someone at the studio had to sit down with Eastwood and explain that his film would premiere in theaters on the very same day it would be available on a streaming service called HBO Max. Clint should play along and appear in a fun viral video about that meeting just to promote the film to young people.


After all, Cry Macho pairs Eastwood with a Mexican teenager played by Eduardo Minett. The 91-year-old screen legend plays Mike Milo, an award-winning horse breeder who sinks into an alcoholic depression after losing his wife and child. He ultimately takes a job from his former boss to bring the man's son home, taking the boy away from his alcoholic mother. Naturally, the journey proves to be more challenging than expected, and Milo must confront his own masculinity and trauma during the course of the trip.


Cry Macho is the 39th film directed by Eastwood and the western sees him reunite with screenwriter Nick Schenk, who penned Gran Torino and The Mule. Schenk co-wrote the script with author N. Richard Nash, whose 1975 novel serves as the basis for the film, which once again puts Eastwood on horseback. The man is literally back in the saddle and punching guys in the face. God bless him. 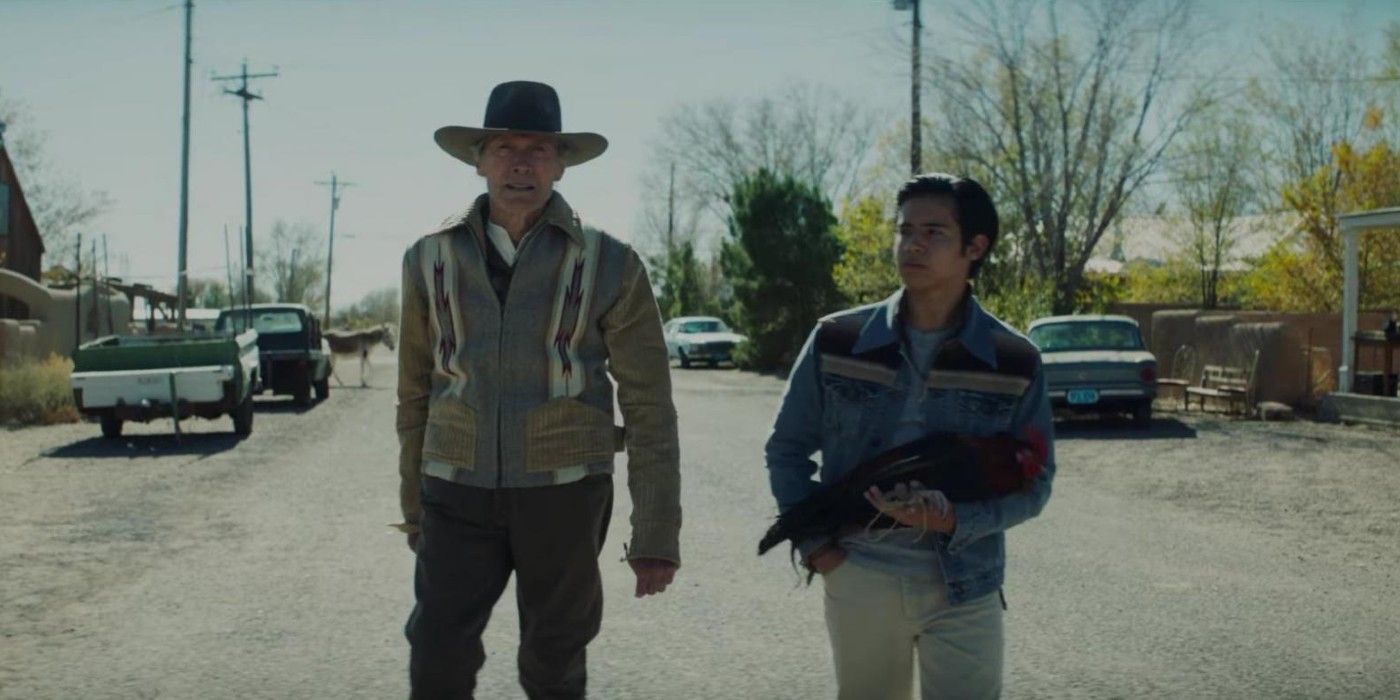 
Country music icon-turned-Panic Room scene-stealer Dwight Yoakam co-stars alongside Natalia Traven, Horacio Garcia Rojas, Fernanda Urrejola, Ana Rey, Alexandra Ruddy and Paul Lincoln Alayo. Eastwood apparently has a pet rooster that also plays a key role in this '70s-set film, and the trailer does hint at cockfighting, so fair warning if that's an activity to which you're particularly sensitive.


Cry Macho hits theaters and HBO Max on Sept. 17, so check out the trailer below for plenty of scowls and maybe a few jowls. Personally, I think this film looks good, but hey, I liked The Marksman, so maybe my taste is suspect? That movie saw Liam Neeson also looking out for a Mexican teen, and what's even more interesting than the thematic connection between the two films is that The Marksman was directed by Robert Lorenz... who used to be Eastwood's producing partner. Fascinating, no?