Wes Anderson's films are always filled with an impressive cast, but his long-awaited film, , is probably his most impressive yet. Like many other movies, The French Dispatchhas been delayed due to the pandemic, but it premiered with high praise at Cannes Film Festival last month, and it'll officially release in theaters on October 22. The film follows three different storylines as the French foreign bureau of a fictional Kansas newspaper creates its final issue. 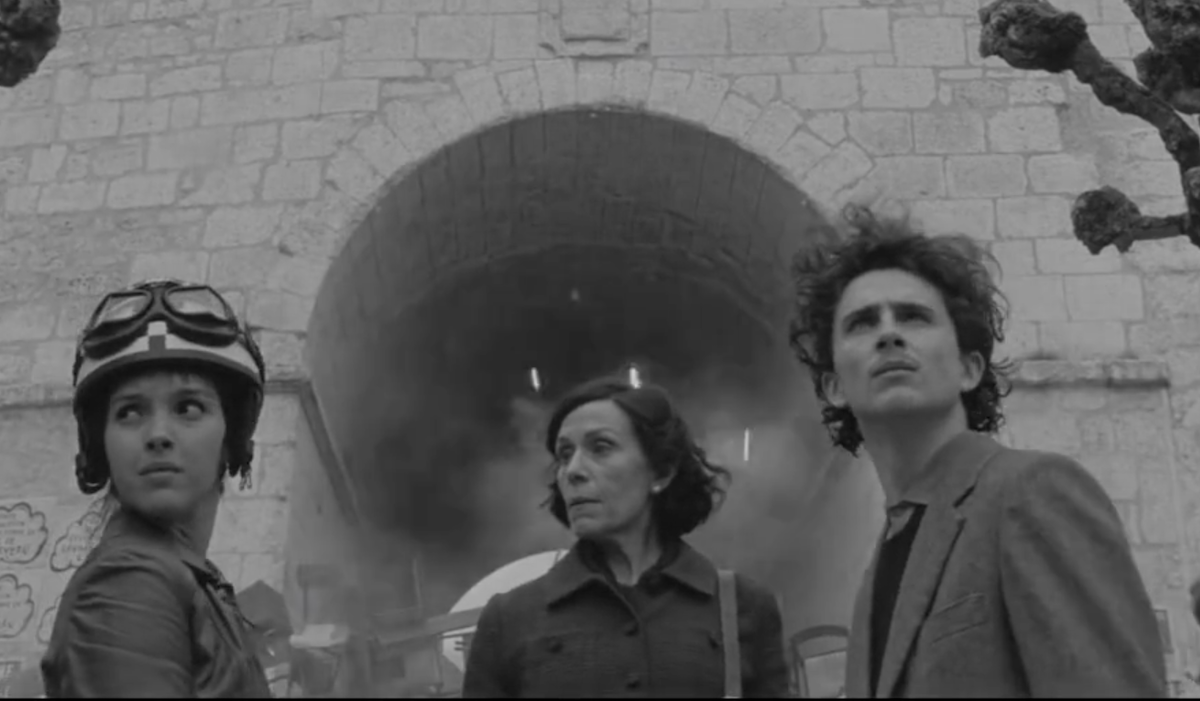 
Judging by the poster, it looks like the whole cast is here. Bill Murray definitely stands out as he's front and center of the first line of characters, and despite that Adrien Brody is in black and white, he also stands out (though it does help that he's right next to Murray). Other noticeable actors are Owen Wilson on a bike, and Tilda Swinton wearing the most eye-catching outfit. 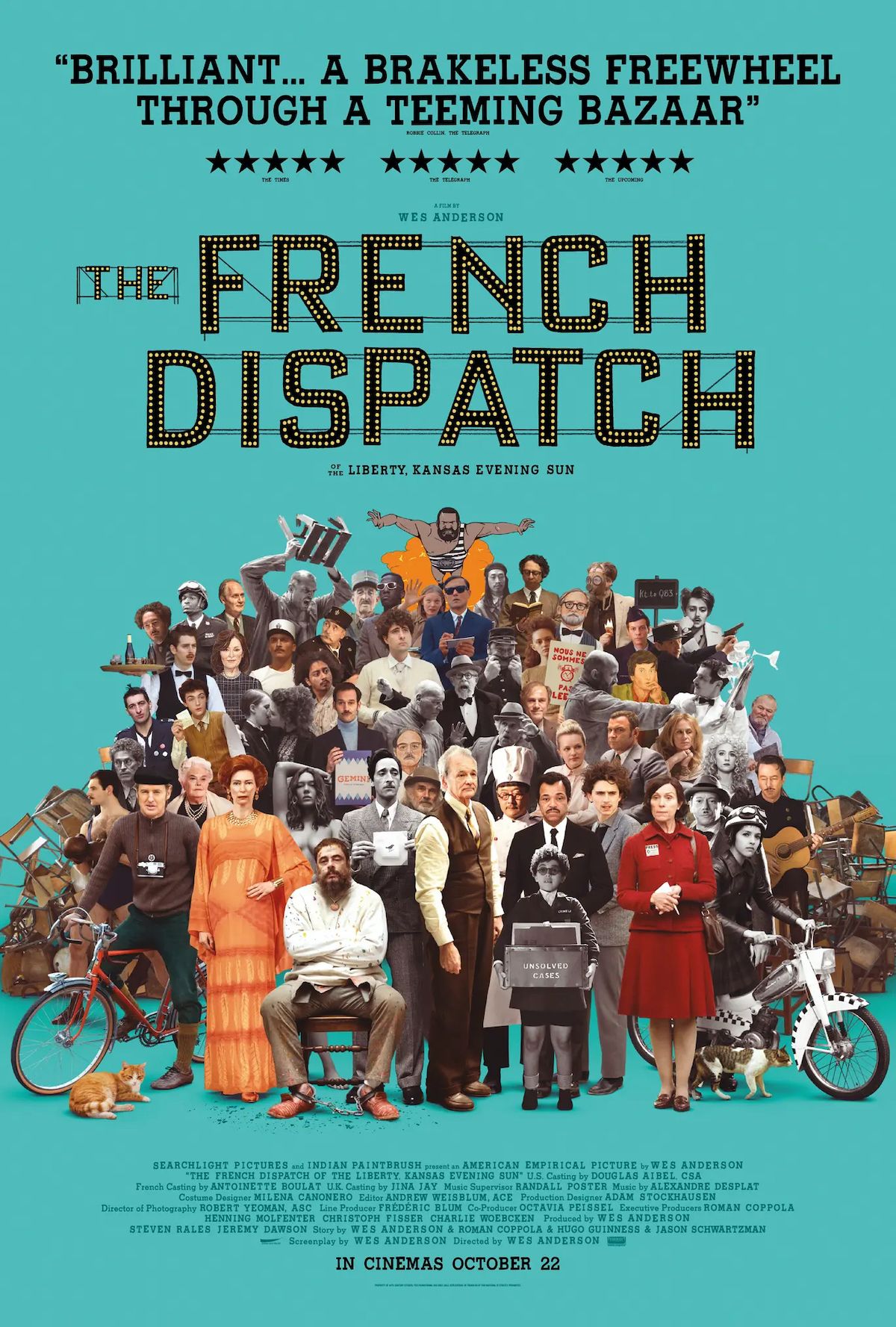 The film is inspired by Anderson's love of The New Yorker, and some characters and events in the film are based on real-life equivalents from the magazine. One of the three stories centers on the May 68 student occupation protests, inspired by Mavis Gallant's two-part article "The Events in May: A Paris Notebook". Another story, featuring Adrien Brody's character of Julien Cadazio, is based on "The Days of Duveen", a six-part feature in The New Yorker on art dealer Lord Duveen.