How Green Was My Valley vs Citizen Kane: One Shouldn't Overshadow the Other

Growing up a cinephile, you learn fairly early on about the glowing reputation of Citizen Kane. The 1941 film by wünderkind Orson Welles chronicling the life and personal downfall of newspaper magnate Charles Foster Kane regularly tops lists of esteemed institutions and publications as the greatest film ever made. Kane revolutionized Hollywood movie making, from camera placement to narrative structure, and the effects of it still weigh heavily on film today, not to mention the film itself still feels as vital and exciting eighty years later. As a consensus greatest film of all time, it’s frankly tough to come up with a good reason not to elevate it to that position.


Back in 1941, however, the exaltation of Citizen Kane did not happen immediately. While well respected by critics, the release of the film was marred by attacks from real-life newspaper magnate William Randolph Hearst, whom the character of Kane was heavily based on, and did not have much box office success. The big accolade Citizen Kane failed to garner was the Academy Award for Best Picture. Instead, that award was presented to How Green Was My Valley, the social drama about a family in a Welsh mining town by John Ford.


Movie lovers have complicated feelings about the Academy Awards. We simultaneously know the Academy will undoubtedly ignore our favorite films of that particular year, with so much campaigning and politicking surrounding the ceremony, yet we still find ourselves in a tizzy when the awards do not go our way. We want our opinions to mean more than the Oscars but want the Oscars to validate our opinions. When a film wins an award over another film we prefer, the winner instantly becomes a villain, thinking only of it as “the film that beat [insert movie here].” With the stratospheric rise of Citizen Kane, burgeoning movie nerds now learn about How Green Was My Valley through the trivia of it being “the film that beat Citizen Kane.” 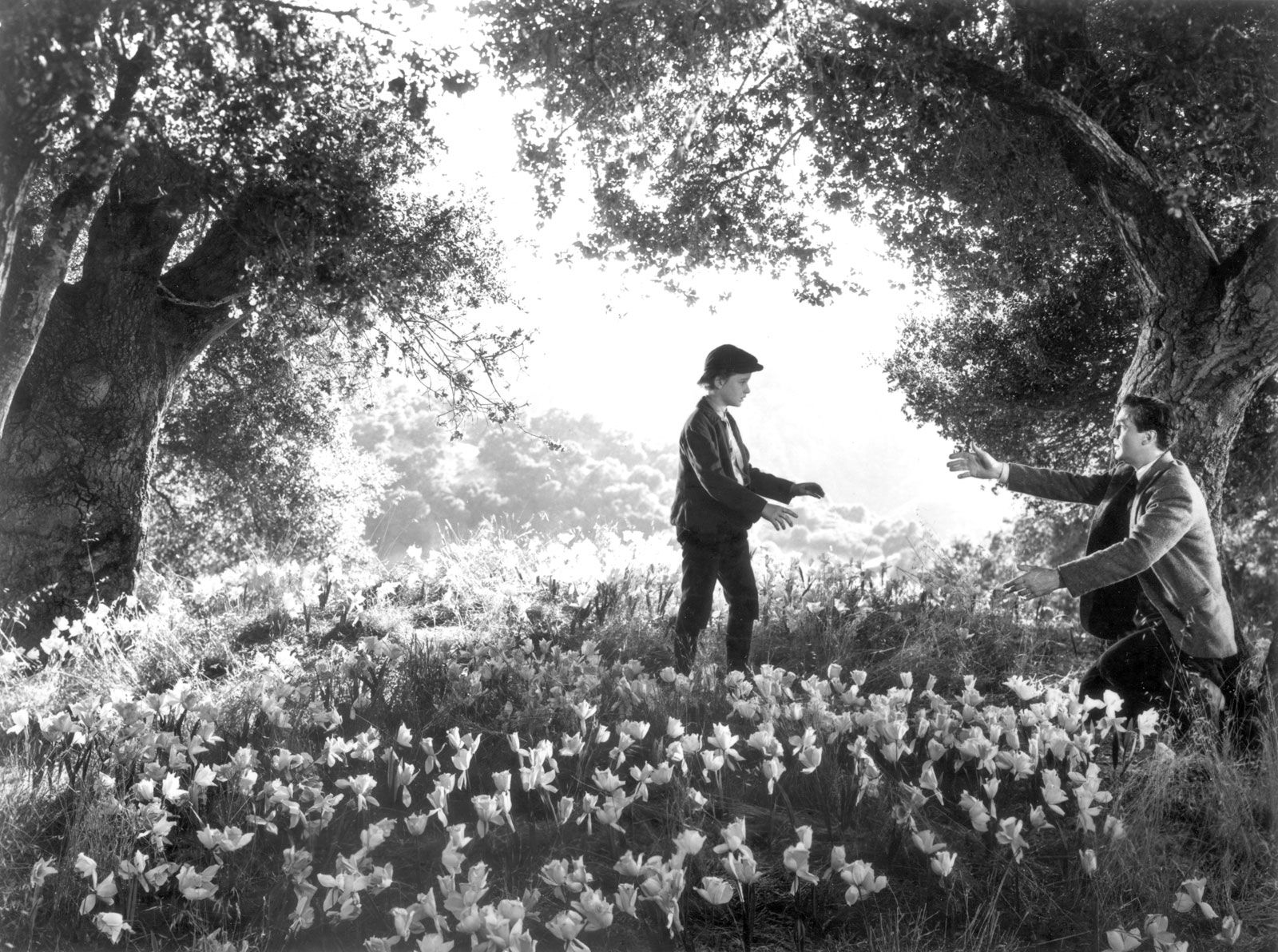 
All you have to do is scroll through reviews on Letterboxd, IMDb, or even contemporary reviews from critics to see a whole host of “This beat Citizen Kane?” or “It’s no Citizen Kane” sentiments. History has chosen its side, and Valley will forever be linked with Kane, constantly battling with the unachievable bar of the greatest film of all time. How many films endure that kind of expectation and scrutiny before even seeing its first frame? Making the bar setting even more frustrating, How Green Was My Valley is actually an enormously engaging, thoughtful film about the exploitation of workers, familial and societal expectations, and the hypocrisies of using religion for political purposes.


Told as a memory, How Green Was My Valley follows Huw Morgan (Roddy McDowall), the youngest of seven children of veteran coal miner Gwilym Morgan (an Oscar-winning Donald Crisp) and his wife Beth (an Oscar-nominated Sara Allgood), through his early adolescent years in a small town in Wales in the late 19th century. All five of his brothers work in the coal mines with their father and start receiving pay cuts, causing the miners to unionize and strike. The father is opposed to both of these actions, believing that eventually the owners of the mine will do what’s right and learns that, of course, they won’t. Meanwhile, their only daughter Angharad (Maureen O’Hara) is intensely smitten with the town’s pastor Mr. Gruffydd (Walter Pidgeon), a feeling that is mutual from him but finds the idea of subjecting her to a life of poverty in marriage abhorrent. Over the course of the film, we see Huw deal with everything from school bullying to deciding a career trajectory to temporarily losing the ability to use his legs.


Its depiction of fair pay and rights for workers remains an evergreen point of discussion, from warehouse workers at Amazon to those at the La Escondida copper mine in Chile who recently voted to strike, and having a character like Gwilym Morgan, who just can’t believe that a company he has worked at for decades would care so little about his labor, serves as such a heartbreaking grace note to the conflict. Even when the boss’s son comes calling for his beautiful daughter’s hand in marriage shows how the Morgans exist just to be commodities for the rich people. The idyllic, simple life of having that big family under one roof cannot last as proper employment opportunities dry up, causing the family to disperse with a few sons heading off to America, which was still seen at the time as the land of possibilities. Though we do not see their travels across the pond, they would inevitably be met with the same labor problems facing them at home. 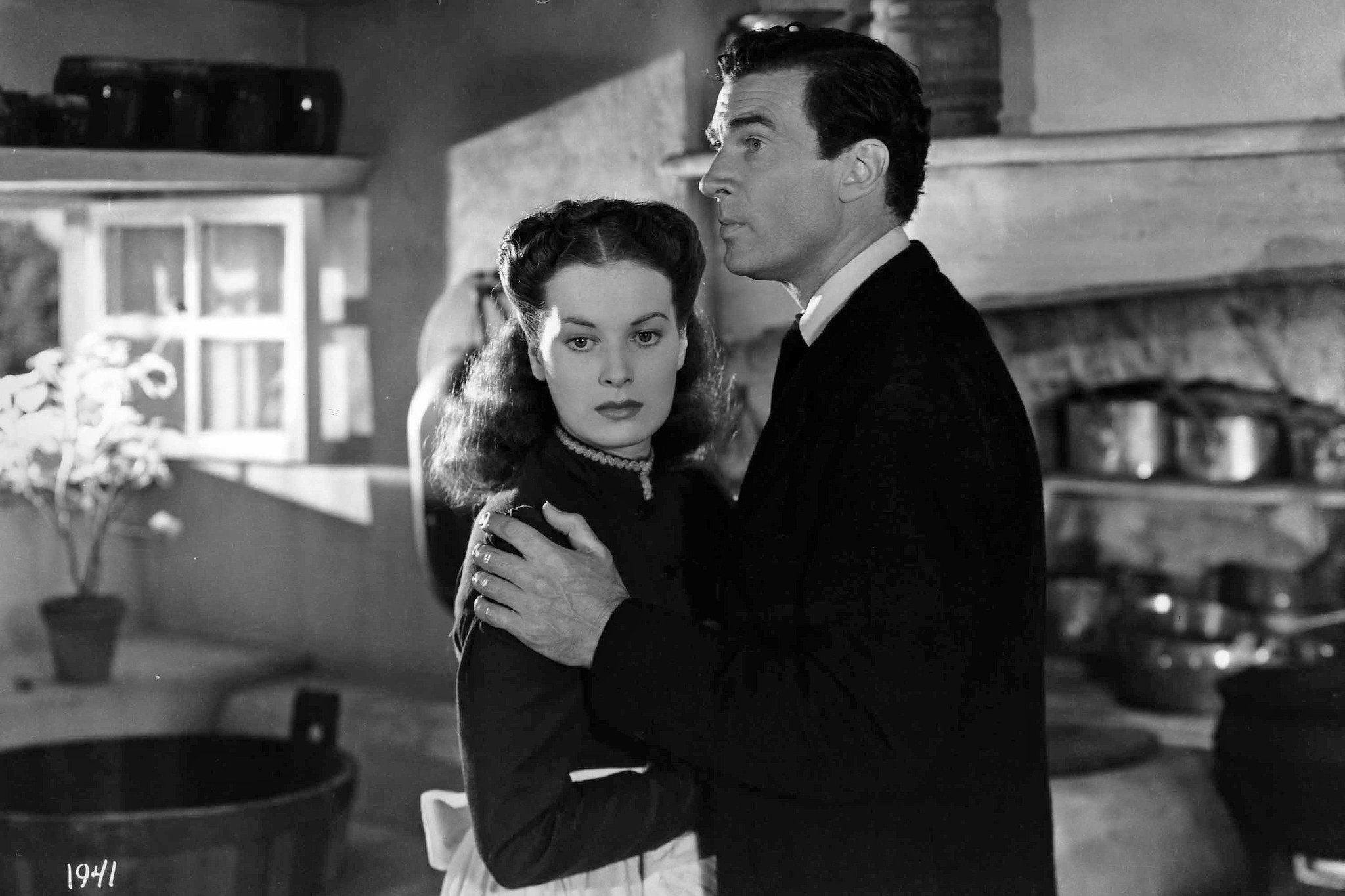 Ford’s film also takes a shrewd look at faith in politics, a battle that always takes place whether or not it is even lawful. The deacons of the church oppose the unionization and ostracize the pastor, Mr. Gruffydd, after he backs the workers’ decision, seeing him as peddling socialist talk of the devil. His reputation receives even more scrutiny later on in the film when he still clearly is in love with Angharad even after she is a divorced woman, something the town finds reprehensible, and he leaves the town unable to further deal with their judgemental ways.


How Green Was My Valley showcases some of the strongest craft of the classical Hollywood era. Unable to shoot on location in Wales, Ford, along with Oscar winning art directors Richard Day, Nathan H. Juran, and Thomas Little, constructed an 80 acre set on the mountains of what is now the Malibu Creek State Park. Veteran cinematographer Arthur Miller shoots every frame with majesty, never losing sight of the tactility of the town, winning his first of three Academy Awards for the film. Not to mention, you have John Ford, one of Hollywood’s most celebrated filmmakers, helming the whole film, infusing every moment with the same level of humanity he did in another celebrated familial social drama, The Grapes of Wrath, just one year earlier.


At the 14th Academy Awards, How Green Was My Valley was nominated for ten awards and won five of them. Even though it was not the most nominated film that night, which was the year’s top grossing film Sergeant York earning eleven, it obviously was the big winner that night. Citizen Kane still managed to garner a win out of its still impressive nine nominations. On February 26, 1942, How Green Was My Valley briefly owned the spotlight, and good for it. The film is a highly accomplished piece of work. Since then, Citizen Kane has had that spotlight for eighty years and deservedly so. If Kane had that one extra night of being on top, would things be markedly different? Orson Welles may have had a slightly easier time getting movies made with a Best Picture trophy. However, Citizen Kane was still a financial disappointment, and the limiting of his control over the production that occurred on The Magnificent Ambersons would have happened anyway.


If anything, the reputation of How Green Was My Valley would probably be the major change. Instead of it being the film that beat Citizen Kane, it would be a film we maybe don’t even think about at all outside of John Ford career retrospectives, making us think, “Hey, this How Green Was My Valley movie is pretty good. Why aren’t we talking about it anymore?” It would be free from its burdened expectations, being judged on its own merits and not whether or not it compares with a film that literally evolves the cinematic form. In any other year, How Green Was My Valley would be seen as a completely worthy and justified Best Picture winner. Unfortunately, it came out the wrong year.