If you're a fan of and were worried it could end at any moment… well, you no longer need to be concerned. According to , the creators of the hit animated series, Trey Parker and Matt Stone, have recently signed a deal with ViacomCBS Inc. which gives them room to continue making the long-running show and also expand its universe with the production of 14 movies, the first of which is slated to be released on Paramount+ by the end of 2021. The deal also ensures six more seasons of South Park will air on Comedy Central.


The $900 million megadeal made between Parker, Stone, and Viacom is one of the largest ever in TV history, the likes of which Netflix made with showrunners like Grey’s Anatomy’s Shonda Rhimes and American Horror Story’s Ryan Murphy. The new South Park films will premiere exclusively on Paramount+ from now through 2027, a clear sign that the streaming platform is gearing up to attract more subscribers. 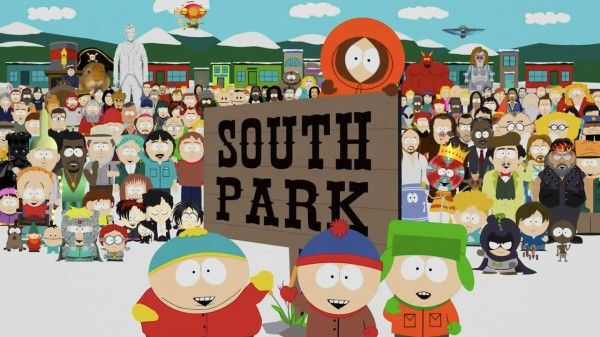 
In a statement on , Stone and Parker praised the support of ViacomCBS during the pandemic and how they allowed creative room to try new things:

“When we came to ViacomCBS with a different way to produce the show during the pandemic, Chris (McCarthy), Nina (Diaz), Keyes (Hill-Edgar) and Tanya (Giles) were immediately supportive and enabled us to try something new that turned out to be really well received. We can’t wait to get back to doing traditional South Park episodes but now we can also try out new formats."


MTV-Entertainment CEO and Paramount+ Adult Animation CCO Chris McCarthy also revealed in the statement that he and everyone at ViacomCBS are excited to see the possibilities that this deal entails:

“Matt and Trey are world-class creatives who brilliantly use their outrageous humor to skewer the absurdities of our culture and we are excited to expand and deepen our long relationship with them to help fuel Paramount+ and Comedy Central.”


South Park is the show that put Comedy Central on the map, and, not surprisingly, has aired for 24 years, which makes it one of the longest-running series ever. This deal takes the dark-humor comedy through Season 30, which, if all goes according to plan, should air in 2027.