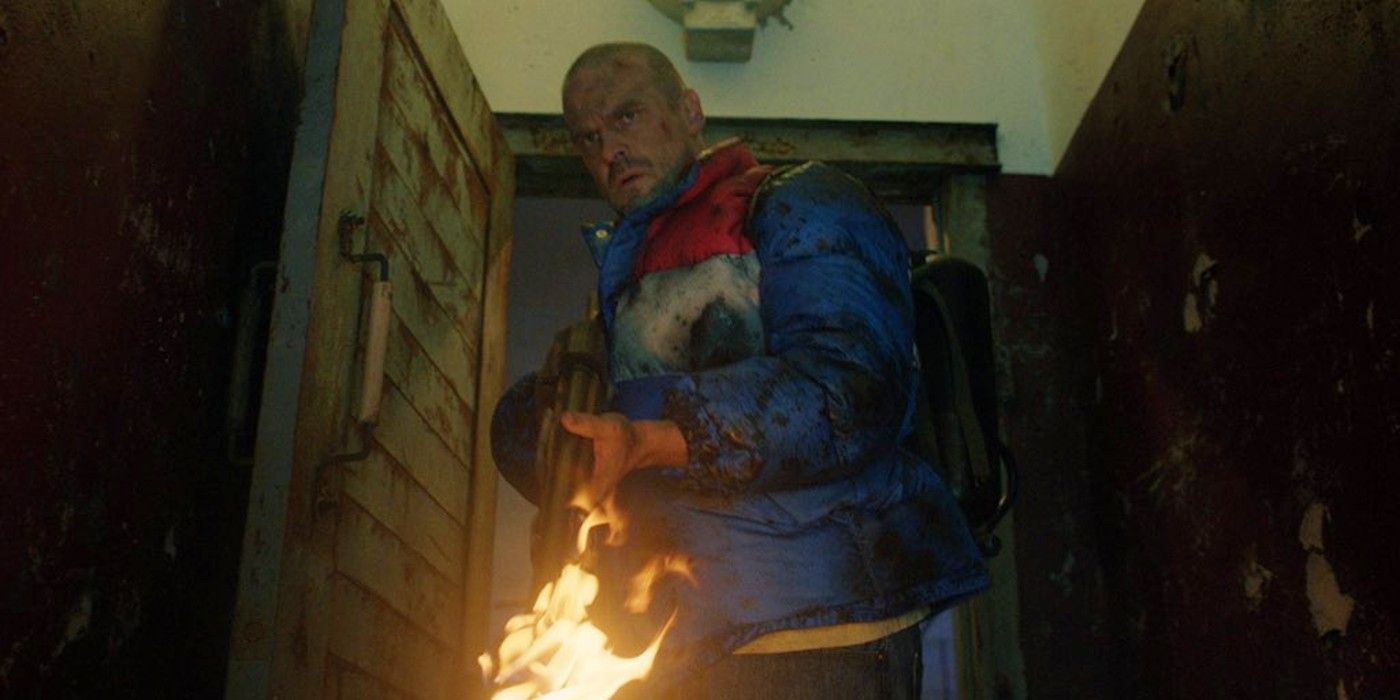 Eleven is in the hands of the enemy and Hopper is back with a flame thrower in the new trailer for  season 4. The long-awaited fourth entry of the hit Netflix show has faced numerous delays due to the pandemic. Production was halted after a month in early 2020 before picking up again in late September of the same year. Since then, the cast and crew has been hard at work on production of Stranger Things season 4, teasing the epic scale of the upcoming season and what's in store for Eleven and friends when they finally make their return.

Stranger Things season 3, which bowed in the summer of 2019, saw Eleven, Will, Mike, Dustin, and Lucas face off against the Mind Flayer, culminating in a hard fought battle at the Starcourt Mall. At the time, David Harbour's Hopper seemed to sacrifice himself and die during the battle, but it was later revealed that he was stuck in a Russian prison camp. Meanwhile, Eleven, Will, and the Byers family left Hawkins, Indiana and their friends behind in the hopes of saying goodbye to the traumatic events that had followed them in the small town. Naturally, that doesn't seem to be the case.

released a new trailer for Stranger Things season 4, teasing the epic journey to come. The clip shows scenes from the first three seasons of the show before giving brief glimpses at the upcoming season. Eleven can be seen in the hands of an unknown enemy while Hopper looks to be coming to the rescue with a flame thrower. The gang can also be seen together, with Steven, Lucas, Max, Dustin, Nancy, and Robin exploring what looks to be an abandoned house. Finally, a crashed car, cheerleaders, and the group riding on their bikes is quickly shown before it is revealed that Stranger Things will return in 2022. Check out the video below: