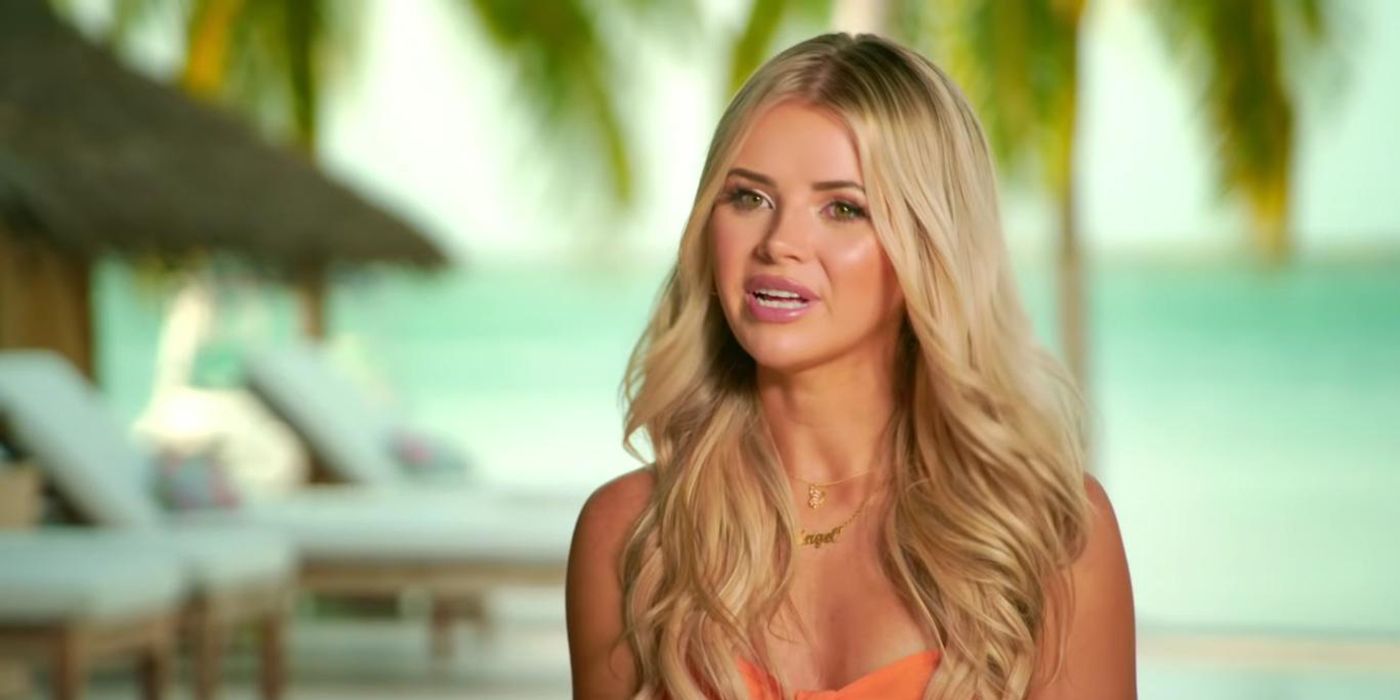 Sarah Enig on  is hunting down fboys and searching for love. Fans of the HBO Max series are eager to know more about Sarah's background. The blonde bombshell says she is open to true love, but what about her past can help her sort out which of the guys are on the show for a real connection?

The new dating show tasks three women with finding love from a cast of 24 eligible men. Similar to the setup of , the singles are navigating their feelings while staying on a tropical island. The trick is, 12 of them are nice guys and the remainder are self-proclaimed fboys. Each week, the women eliminate some of the men as they try to sort out who is just in it for the show's prize money.

Of the  Sarah is the youngest at 25 years old. Graduating from the University of Miami Ohio just a few years ago in 2018, she's stayed mainly in the midwest since college. She's originally from Cincinnati but now lives and works in Chicago. Sarah works as a freelance social media manager and previously worked for Yelp in marketing. "Music, fashion, health and fitness, and social media, are all big parts of my life," she said in her bio. She continued on to say that she hopes to further develop her career in marketing or brand management moving forward from the show.

Though Sarah works in social media, her Instagram account  currently only has a little under 7.5K followers. This is noticeably smaller than the  the other two women on the show. She frequently shares photos traveling and going to music festivals, which she loves to attend. Sarah does have a fairly large following on , where she makes videos about FBoy Island, love, and relationships.

As an avid music festival attendee, Sarah told  that she's teaching herself to DJ to further develop her love of music. Fitness is another big passion for Sarah. She consistently shares photos at the gym or on hikes with friends. Sarah discussed in the first episode that she joined FBoy Island as an opportunity to put herself out there. Her ideal partner is someone who also wants to live life to the fullest (and isn't an fboy).

Through the  Sarah has stayed cool and collected. She's been able to use her marketing background see through the fboy facade. Fans can continue to get to know Sarah more as new episodes are released on HBO Max every Thursday at midnight through August 12.