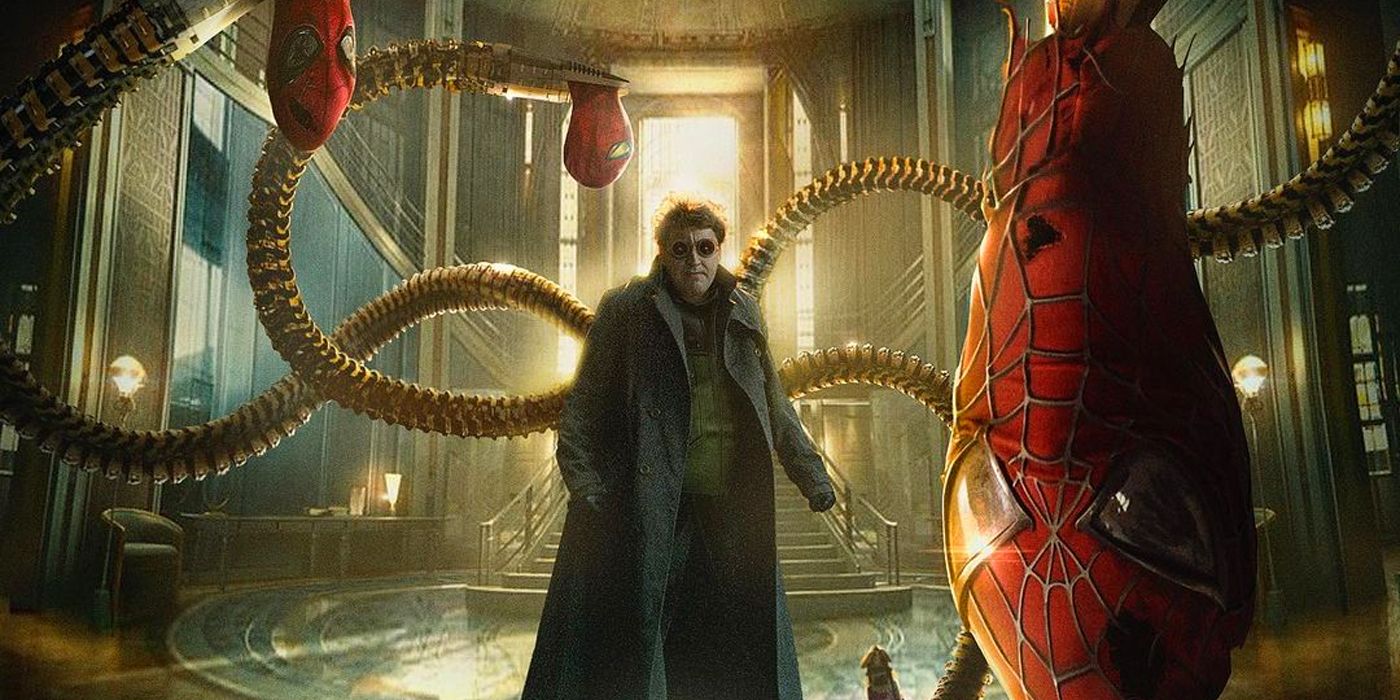 Holland’s version of Spider-Man seems to be going well for both Sony and Marvel Studios, with and doing well financially and critically. However, the next sequel is shockingly pulling villains from both Raimi and Webb’s movies. , but he won’t be blue in the sequel. Not too long after, Molina was revealed to come back as Doc Ock, with the actor confirming it is the same version of the character in Spider-Man 2.

The lack of a Spider-Man: No Way Home trailer has shrouded the movie in mystery, leaving the fans to create art depicting what could be seen on screen. A piece from imagines the aftermath of a battle between the three versions of Spider-Man and Doc Ock. Octavius can be seen in the art holding all three masks in Doctor Strange’s Sanctum Sanctorum. The artist's original post can be found below:

Previous Spider-Man films like from stuffing too many villains into a single movie, which has caused some to worry about Holland’s third solo outing. At this point, it’s unknown who the film’s main villain will be or how long Foxx and Molina will be on screen. It’s possible the actors could have short appearances to add to the multiverse storyline, but theories on screen time are purely speculation at this point. With Spider-Man: No Way Home hitting theaters in December, it is only a matter of time before Marvel drops the movie's first trailer.

Seeing Molina and Foxx on the big screen again is exciting for old and new fans, but this has also fueled rumors that  will also appear. Maguire has stayed quiet on the matter, and Garfield has given lengthy denials when asked about his potential return. If the actors do come back, it’s possible they won’t be revealed in any marketing material to save the surprise for the premiere. On the other hand, the villains will likely be shown to draw people into Spider-Man: No Way Home. Regardless, it would be fun to see old Spider-Man characters squaring off with different versions of the Friendly Neighborhood Spider-Man.