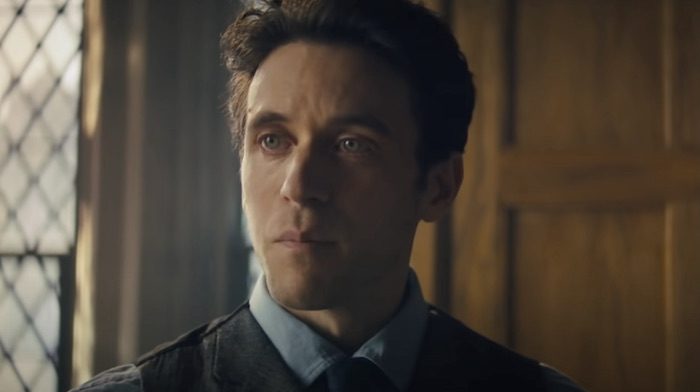 (Welcome to …And More, our no-frills, zero B.S. guide to when and where you can watch upcoming movies and shows, and everything else you could possibly stand to know.)

Gather ’round the campfire for another ripe old yarn adapted from the works of Dan Brown. You’ve read his page-turners on planes, perhaps. On the big screen, you’ve seen Tom Hanks portray Harvard symbologist Robert Langdon in The Da Vinci Code, Angels and Demons, and Inferno. Now, you’re all dressed up, with nowhere to watch The Lost Symbol.

That’s because it’s not out yet. But here’s everything we know so far.

The Lost Symbol Release Date and Where You Can Watch It

The Lost Symbol is scheduled to premiere on September 16, 2021. It’s bound for , NBCUniversal’s streaming service, which takes its name from the NBC logo. That means you will need a subscription to access it.

To date, Peacock’s biggest selling point — the thing setting it apart from any one of a number of other streaming services — has been that it is where you can stream  (World Wrestling Entertainment) as well as  and next year’s Winter Olympics.

What is The Lost Symbol?

Unlike previous screen adaptations of Dan Brown books, The Lost Symbol is a television series, not a movie. It did begin life as a film with Tom Hanks in mind. This was back before Inferno.

Ultimately, Sony Pictures decided to go with Inferno as the next Robert Langdon movie instead. This might be confusing for some casual viewers/readers because The Lost Symbol was the third Robert Langdon book but now it is coming as the fourth Robert Langdon screen adaptation.

The original title for The Lost Symbol TV series was simply Langdon. It will be a prequel to the movie series, with a younger actor taking on the role of Langdon in place of Hanks.

The character of Robert Langdon surely owes a debt to Indiana Jones; both are history professors, though Jones specializes in archeology and Langdon specializes in symbology. Much like The Young Indiana Jones Chronicles, The Lost Symbol will take viewers back to an earlier time in Langdon’s life. It’s “the origin of an icon,” the trailer tells us.

Per Peacock, the series will show Langdon solving “a series of deadly puzzles to save his kidnapped mentor and thwart a chilling global conspiracy.” The book opens with Langdon lecturing in Washington, D.C., and it involves Freemasons. How they could possibly relate to a global conspiracy being peddled somewhere online?

Dan Trachtenberg, the director of 10 Cloverfield Lane and a certain , helms the first episode of The Lost Symbol. He is also on board as an executive producer, along with Brown himself, as well as Ron Howard and Bryan Grazer. Howard directed all three of the Robert Langdon movies and co-produced the last two. Grazer co-produced the first two with John Calley (who passed away in 2011) and the last one with Howard alone.

In addition, Francie Calfo, Daniel Cerone, Anna Culp, Samie Kim Falvey, and Frank Siracusa are executive producers, with varying degrees of involvement. As co-producers, they are all joined by Jay Beattie and Dan Dworkin, who will serve as the head writers for this series. Beattie and Dworkin previously co-developed Scream: The TV Series.

Now, we get into the meat of who, precisely, is playing Robert Langdon. It’s none other than Ashley Zuckerman, who had a standout role in Netflix’s . That’s right: it’s not his first book-to-screen rodeo.

A ponytailed Eddie Izzard plays Langdon’s mentor, Peter Solomon. Valorie Curry plays Katherine Solomon and the trailer below would seem to confirm that they have changed her from Peter’s sister to his daughter in this adaptation. Laura de Carteret and Keenan Jolliff play Isabel and Zachary Solomon, respectively.

Beau Knapp portrays the main villain, Mal’akh. Sumalee Montano is Sato, the director of the CIA’s Office of Security (OS). Rick Gonzalez is a Capitol policeman, Nunez. Other names on the cast list (some of whom may only be guest stars or have small roles) include Raoul Bhaneja, Nicki Burke, Gabriel Davenport, Alison Mackay, Ellie Moon, Patrick Ronan, Sammi Rotibi, Gia Sandhu, Geoff Scovell, and Simon Webster.