‘The Capote Tapes’ Trailer: The Prayer of That Acclaimed Truman Capote Documentary Is Finally Answered 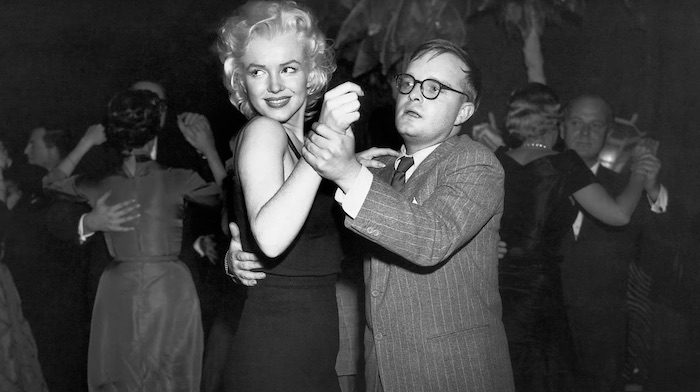 Truman Capote lived a life less ordinary. The author of Breakfast at Tiffany‘s and In Cold Blood is now the subject of a documentary, The Capote Tapes. It’s a film about the novelist’s unfinished roman-à-clef, Answered Prayers, and it debuted at the Toronto International Film Festival back in 2019.

The Capote Tapes currently sits at and it’s been a long road to its theatrical release. But it’s finally coming on September 10, 2021, and now you can see the first trailer for it.

Ebs Burnough directs The Capote Tapes, and as its title implies, the documentary makes use of taped interviews from Capote’s famous friends.  lists Lauren Bacall, Norman Mailer, Andre Leon Talley, Slim Keith, and Gore Vidal as some of the names who will help form an image of Capote in these never-before-seen interviews.

Burnough had this to say about his film:

“Truman himself put it best when he wrote, ‘I’m an alcoholic, I’m a drug addict, I’m a homosexual, I’m a genius.’ He was also a small gay man from Alabama, a man who defied the odds. As a director, I stand on his shoulders not only because he blazed a trail that allowed stories by and about marginalized people to be told, but he allowed those stories to be heard. This is the story we haven’t been told about a man who has never truly been heard — the story about the unbridled courage of the artist, the love of the parent, and the real cost of genius.”

In the trailer above, you can see Capote on The Dick Cavett Show, talking about Answered Prayers. He says, “I refer to it now as my posthumous novel because either I’m going to kill it or it’s going to kill me.”

Elsewhere, a talking head observes, “He [Capote] was writing these thinly veiled stories about people he knew, and he basically told all their secrets.” This is an allusion to the roman-à-clef nature of Answered Prayers, chapters of which were, in fact, published posthumously with the subtitle The Unfinished Novel. 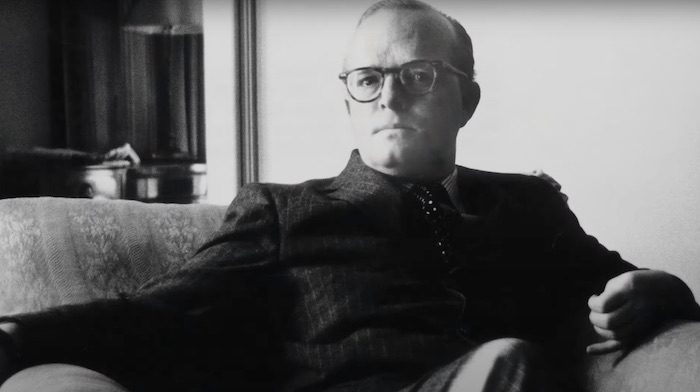 A roman-à-clef, via the pat Google definition, is “a novel in which real people or events appear with invented names.” In the trailer, a voice observes: “Truman saw everything and remembered it. Sooner or later he was going to put it on paper.”

It’s a credit to Capote as an observer and reporter of life’s intricacies that one can go into his novel, In Cold Blood, without any prior knowledge of his life — and still come out of it none the wiser about him personally. These days, most true-crime podcasters and political commentators (and indeed movie news writers, like yours truly) will insert something of themselves into their storytelling.

In Cold Blood was, as Capote himself says in the trailer, a “nonfiction novel,” a trailblazing true-crime work. After reading it, a literary neophyte might be surprised to learn that the same author who penned such a harrowing account of a quadruple murder was the madcap socialite responsible for Breakfast at Tiffany’s.

The image of Audrey Hepburn in her black dress and Tiffany’s tiara is an indelible piece of Americana. However, Breakfast at Tiffany’s is somewhat marred by Mickey Rooney and the  surrounding his character, Mr. Yunioshi.

Fortunately, there is another great movie that could be considered required viewing for anyone looking to stage a Capote-inspired double or triple feature, let’s say (with the black-and-white 1967 film adaptation of In Cold Blood and/or The Capote Tapes). I’m talking about Capote, Bennett Miller’s 2005 biopic, which won Philip Seymour Hoffman a Best Actor Oscar.

I won’t go on at length about Capote here, lest this turn into a sudden Daily Stream column, embedded deep within a news article. Suffice it to say, that is another film that explores the idea of a work so central to Capote’s life that he never fully recovered from the writing of it.

Your mission, which is not so impossible should you choose to accept, is to hit self-destruct on this tape and go watch Capote in preparation for The Capotes Tapes.

The Capotes Tapes arrives in theaters September 10 and on digital October 26.