‘Prisoners of the Ghostland,’ Possibly the Craziest Movie of 2021, Has a Release Date 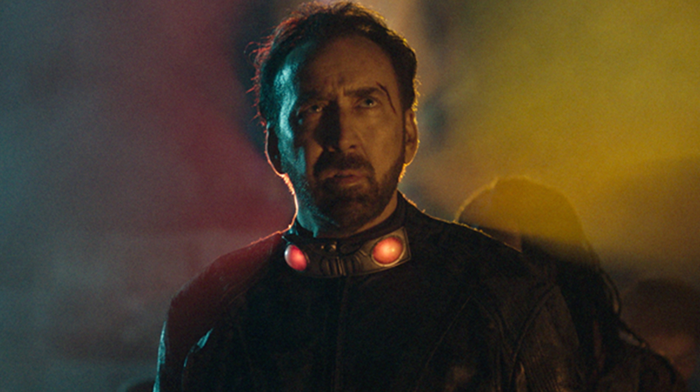 Nicolas Cage is having a great summer — which he very much deserves. His newest film Pig arrived last month and subsequently became on Rotten Tomatoes. His performance is hauntingly subdued, and garnered plenty of . And maybe subdued isn’t your first thought when it comes to , but isn’t that just further proof of his talent?

But I digress. If you loved Pig but need some of that classic Nicolas Cage weirdness, have no fear, director Sion Sono‘s Prisoners of the Ghostland just received an official release date. Cage’s film premiered earlier this year at the Sundance Film Festival and given its general wildness, we’ve opted to dub it the craziest movie of 2021. Based on the film’s neon-drenched, Mad Max-esque intensity and its wild synopsis, it’s going to earn that title anyway.

Lucky for us, the wait won’t be very long. Prisoners of the Ghostland will premiere in theaters and on VOD on September 17, 2021 (via ). Here’s a hint at what to expect, from Cage himself:

“It’s out there. I wear a skintight black leather jumpsuit with grenades attached to different body parts, and if I don’t rescue the governor’s daughter from this state line where they’re all ghosts and bring her back, they’re gonna blow me up.”

So there it is in a nutshell. And we know what you’re thinking — what does any of that even mean? What is this movie actually about? Well, buckle up, because , so we have answers to all those questions and more.

What is Prisoners of the Ghostland?

Bear with me here: in Prisoners of the Ghostland, Nicolas Cage stars as Hero, a notorious criminal who spends many years jailed for a botched robbery. When he’s finally released, it’s with the condition that he perform a sort of heist-like kidnapping job. The ruler of Samurai Town, known as The Governor, straps Hero into a suit lined with bombs and sends him into a nightmarish realm to rescue his daughter, Bernice.

It’s very Mad Max, throwing the audience into a post-apocalyptic world that’s saturated with neon. But in addition to the seemingly out-of-place cars are ninjas, samurai and, of course, ghosts. Cage stars alongside Sofia Boutella, who shows off her action chops in the film’s biggest, most explosive moments.

And if the plot of this movie is starting to make sense, I promise it gets even weirder from there. The movie pays homage to more genres than should be allowed to co-exist, and comes together like a whirlwind. And when you’re embracing that level of weirdness, who better than Nicolas Cage to carry the film?