Top Secret UFO Projects on Netflix: Who Is Travis Walton, the Man Who Says He Was Abducted by Aliens in 1975?

If you’ve been watching Netflix’s new UFO docuseries Top Secret UFO Projects: Declassified, then you’re likely curious about Travis Walton, the man who says he was abducted by aliens on November 5, 1975.

Walton was working with a logging crew in the Apache-Sitgreaves National Forest near Heber, Arizona when he says the abduction took place, according to a 2015 story from the commemorating the 40th anniversary.

Here’s how Walton described his experience at a UFO conference in 2018 in a video published by :

“On the way home from work with six other men, we encountered a large glowing object near the road. I got out, approached it, and wound up being injured by some sort of energy discharge from the craft and taken aboard. I was returned five days and six hours later, and meanwhile, my coworkers were accused of murdering me and making up the most preposterous cover story for the disappearance,” he explains.

Walton says that he and his friends have all taken multiple polygraph lie-detector tests and passed, with the exception of one witness whose first test was ruled inconclusive.

“There was one that was inconclusive. He subsequently fully passed a test from the same state examiner,” Walton says. “Every single person has passed a test from one or more. At the time that the crew passed, the president of the American Polygraph Association said that although no one test is 100%, the odds of six people passing tests on a single issue, the odds of there being any error in that sort of a test would be over a million to one.”

But there are, of course, some skeptics who don’t believe him. 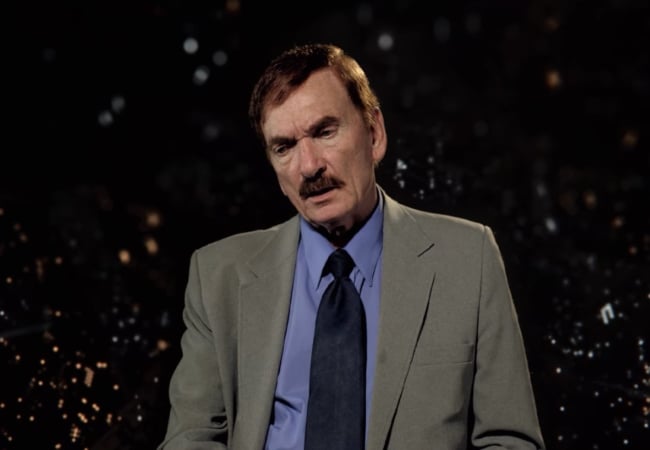 Michael Shermer casts doubt on the credibility of the lie detector tests in his essay The Moment of Truth: Travis Walton’s Alien Abduction Lie Detection Test published on , and says that Walton’s story may have been influenced by a TV movie about an alien abduction that had aired not long before he went public with his story.

“Two weeks before Walton’s abduction, with the logging deadline growing near, NBC aired their prime-time made-for-television movie The UFO Incident, about the 1961 Betty and Barney Hill abduction case,” Shermer states, adding: “Walton and his co-workers were about to miss their deadline of November 10th to finish the logging job, after which they would be docked 10 percent of the contract.”

Walton was interviewed about his story in the Netflix docuseries, where he explains that he’s secure in his story and believes the aliens meant him no harm, and that they were actually trying to save his life.

“It took me years to realize that they weren’t just collecting humans in order to dissect them or some horrible thing…  they were most likely intervening in what happened to me to correct severe extreme damage that was caused by a burst of energy that was probably accidental,” he says in the docuseries.

“Travis walked up to a vehicle and got too close to its electromagnetic field, and it probably stopped his nervous system and they took him to help him actually, and resuscitate him,” Smith says in the docuseries.

Walton says he’s not bothered by the skeptics.

“It’s best, in my case, for me to just focus on dealing with the facts of my case and attempts to discredit things, and expose the people who are making such accusations,” he says, “and show that they’re the ones who really need to improve their thinking ability, you know, their rationality.”

Without physical evidence to prove Walton’s story, we may never know exactly what happened on that November night in Arizona — but there are many more UFO sightings and alien abduction stories where that came from in Top Secret UFO Projects: Declassified, now streaming on Netflix.