Ever wanted to know more about the man who dreamed up the DMC DeLorean, the super-1980s sports car that Marty McFly and Doc Brown use for a time machine in Back to the Future?

Netflix’s new docuseries Myth & Mogul: John DeLorean premiered Friday, and it brings to light some little-known facts about the founder of the DeLorean Motor Company. In the span of just 10 years, the businessman went from an automotive mogul on a meteoric rise to fame, to walking out of a courthouse, his company bankrupt, , “Would you buy a used car from me?”

Besides his famous cocaine trafficking trial (in which he was acquitted) and his signature car creation that will forever induce ’80s nostalgia, here are five other things you probably didn’t know about DeLorean, courtesy of Myth & Mogul: John DeLorean.

He had a difficult childhood

DeLorean was the son of Romanian immigrants who moved to Detroit and began working in factories in the then-burgeoning automobile industry.

“My father, he was the youngest of like 13 kids, a farming family in the middle of Europe. [He] came to this country all by himself at age 15 or 16, he fought his way through a variety of jobs including being a cowboy, a factory worker,” DeLorean himself says in a voiceover from an interview featured in the docuseries. “The way the world cast its lot, my father was destined to be a common laborer all his life. He also led a frustrated life because he felt he had a contribution to make, but nobody would listen when you’re just a little guy.”

But the future mogul’s childhood was fraught with domestic violence.

“His father and mother — apparently, they had a hard time getting along,” says auto business reporter J. Patrick Wright. “Things got rough and [his mother would] pick up the kids and move to California for a while and then come back. That was kind of his life.”

According to auto-enthusiast website , DeLorean’s father’s “poor English and problems with alcohol prevented him from ever progressing beyond the factory floor.”

“We would sometimes talk about his family or the way he grew up. He had talked about how, like, his dad was and his buddies on payday on a Friday night would go get their paycheck, go to a local bar, get into fights, beat the crap out of cops… these big brawls would spill out on the street and my dad had said that his father kind of enjoyed that,” he said. “I think he said his dad was an alcoholic. There was some physical abuse going on in the household.” 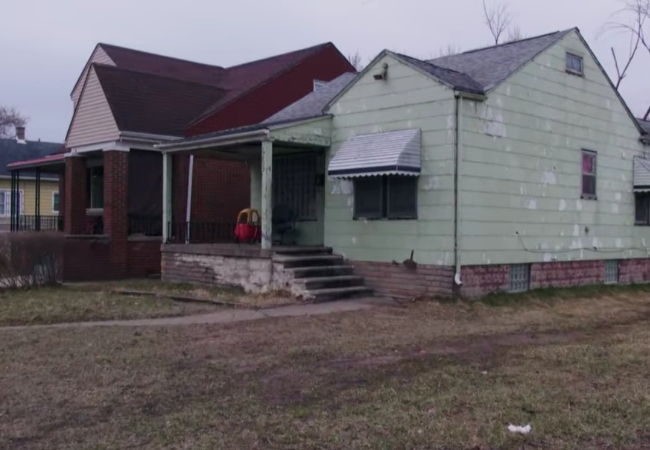 The house where John DeLorean grew up in Detroit, Michigan pictured in Netflix’s Myth & Mogul.

He had plastic surgery on his jaw

If you look at pictures of how DeLorean looked when he worked at General Motors in the late 1950s and 1960s, compared to the way he looked when he moved to Hollywood and started DMC in the 1970s, the difference is stark.

“If you look at him before and after, he was transformed,” writer Gail Sheehy, who interviewed DeLorean for her 1974 book Passages, says in the first episode of the docuseries.

“He almost embraced the youth movement quite literally,” adds investigative reporter Hillel Leven. “At this point, he starts to reinvent himself physically, getting plastic surgery. The plastic surgery, in particular, is his jaw — building out his jaw.”

Sheehy says DeLoreon was in a midlife crisis when he started DMC and began designing his namesake car. By 1970, DeLorean, who was born in 1925, was 45 years old. He got into fitness and began dating his third wife, model Cristina Ferrare.

As Ivan Fallon, author of John DeLorean: The Rise and Fall of a Dream Maker, puts it, “He went Hollywood.”

“John DeLorean went to Hollywood, he got connected to that world out there. He used to find excuses to go out there and travel, and he made friends out there. It became a hip existence,” Ed Lapham, editor of Automotive News, says in the docuseries. 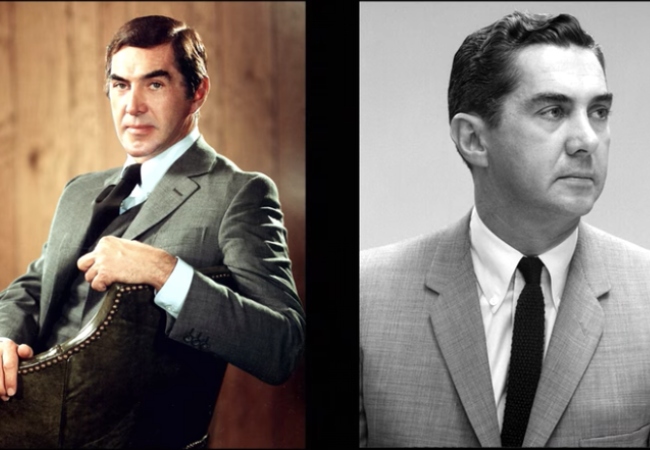 He struggled with self-worth

Sheehy recalls interviewing DeLorean and asking him about his childhood and his relationship with his father, from which she gleaned that the outwardly successful businessman still carried that childhood trauma with him.

“He [his father] died and left the family with nothing, and John with no emotional sense of love or belonging or self-worth,” Sheehy says. “You could tell from the way he told it in a halting way that there was a lot of pain there. There was a lot of loss. There was a lot of sense of never being anything or anybody… That certainly never went with the image that the public had once he began rolling. So you knew that underneath, he would probably always have a sense of inner powerlessness and fear of being nobody, so he had to become really somebody to keep that at bay.”

He took cues from the younger generations

The docuseries says that when DeLorean was first designing the concept for the DeLorean sports car, he was influenced by the gas shortages of the ’70s and the younger generation’s subsequent interest in environmental preservation. To take advantage of the times, he designed the DeLorean to be fuel-efficient.

“The oil crisis increased the price of gasoline, and after John DeLorean left General Motors in 1973, everybody knew that he saw a marketing opportunity for an American-built car that was fuel-efficient,” said consumer activist Ralph Nader.

“We’re doing a sports-racing car here. Very light-weight, excellent fuel economy,” DeLorean says in a voiceover played in the docuseries. “It’s going to be very beautiful aesthetically, and it’s going to be designed in materials to have an eternal life. It’s designed to last.” 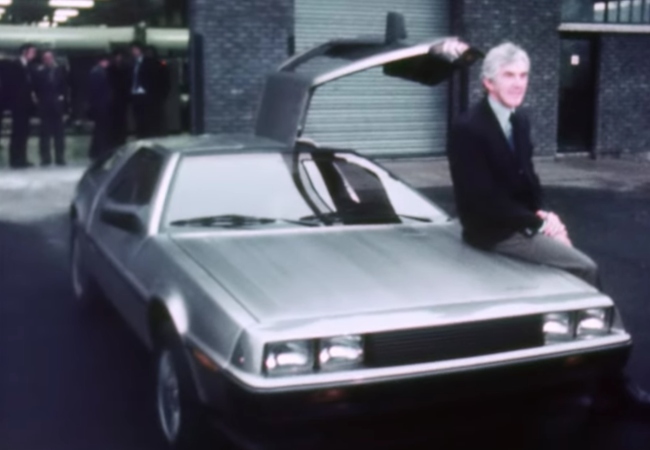 The doc says that decades before DeLorean was charged with cocaine trafficking in 1982 — again, he was acquitted — he tried out an ill-fated business scheme when he was in college at the Lawrence Institute of Technology in the 1940s.

“He went out thinking he could pretend to be the Yellow Pages, he could sell ads and just print up a few books on his own and distribute them,” Leven says in the series. “Obviously, he wasn’t going to be able to distribute them to every home like the real Yellow Pages. Anyway, he was caught, and he was evidently facing serious charges of fraud, and it took a college professor to intervene and say, ‘I’ll get you out of this.’ What he learned from this experience was that a little charm and a quick wit could get you off the hook in the worst of circumstances.”

John DeLorean died in 2005 at the age of 80. Though DeLorean ultimately failed to achieve his aim of creating an automobile company to rival the likes of Ford and General Motors, his son Zachary says he hopes people remember that his father strived to make his wildest dreams come true.

“15 years after my father’s death, there’s still this following of the car. I think that’s really what should be acknowledged,” Zachary DeLorean says in Episode 3 of the docuseries. “He did something. And he was trying to make a difference, I think. That’s really the legacy that’s left behind, and I think that’s what that car should represent.”