The 25 Coolest Film Festivals in the World 2021, Presented by FilmFreeway

Each year when we compile this list of the coolest film festivals in the world, we try to come up with a fresh angle. We always ask: What makes this year new and different?

This time, we have to admit, it’s kind of easy to say what’s changed.

“We’re gonna be licking doorknobs and hugging, with permission,” Dan Brawley, the “chief instigating officer” of the Cucalorus Film Festival, one of the coolest of our 25 Coolest Film Festivals in the World of 2021.

The pandemic isn’t over. But the state of film festivals, like so many things, feels much better than it was a year ago. We have vaccines and the accumulated knowledge and innovation of a long, difficult time behind us.

Some festivals have managed, safely, to bring people back together to watch movies in-person. We’ve all been waiting for what feels like a very long time to look up at big screens together, to laugh together, and to listen to loud, live music in a crowd. And now the fully vaxxed among us finally can — even unmasked, in many places, pending local rules, regulations, and reading the room.

For the festivals still in purely virtual mode: We’re grateful cinema still gives us a way to connect, and love. We can’t wait to hug you soon. With permission.

Before we get to the fesivals, here are the panel who assembled our 2021 list of the Coolest Film Festivals in the World. We’re grateful to all of them for sharing their experiences, expertise and wisdom.

Natalia Almada received the 2012 MacArthur Genius Award and the 2021 Sundance Documentary Directing award for her most recent film, Users. She combines artistic expression with social inquiry to make films that are both personal reflections and critical social commentaries. Her directing credits include Al Otro Lado, El General, El Velador, and her narrative feature Todo lo demás. She lives in Mexico City and San Francisco.

Gina Duncan, producing director at the Sundance Institute, integrates the artistic vision of the festival with its practical elements — and manages year-round programming and engagement among the industry and artist communities. Duncan previously served as vice president of Film and Strategic Programming at the Brooklyn Academy of Music and was director of Industry Engagement and Special Programs at the Jacob Burns Film Center.

Shabier Kirchner was born and raised in Antigua and Barbuda, travels the world as a cinematographer, and was one of Variety’s 10 Cinematographers to Watch in 2018. Kirchner works on features and TV shows – including Steve McQueen’s Small Axe, Bull, Only You, Skate Kitchen and Sollers Point – as well as on commercials and music videos. He also shoots his own works at home. “Dadli” is Shabier’s first work as director-cinematographer.

Anja Marquardt is a film and television writer and director with a focus on global stories. She recently worked on the Starz anthology series The Girlfriend Experience, writing and directing all 10 episodes, and is the Season 3 creator. Her first feature film, She’s Lost Control, premiered at the Berlin International Film Festival, where it won the CICAE Award. An alumna of Berlin University of the Arts and NYU’s Graduate Film Program, Marquardt currently resides in Venice, California.

Jane Schoenbrun (they/she) is a non-binary filmmaker whose first narrative feature, We’re All Going to the World’s Fair, premiered at the 2021 Sundance Film Festival. The film will be released soon in theaters by Utopia and then made available for streaming via HBO Max. Jane’s projects include co-creating the touring variety series The Eyeslicer, creating the Radical Film Fair, directing A Self-Induced Hallucination, producing Aaron Schimberg’s Chained for Life, and creating the omnibus “dream film” collective: unconscious.

Jiayan “Jenny” Shi is a Chicago-based documentary filmmaker who is passionate about stories that find shared humanity and compassion. Her debut documentary Finding Yingying, released by MTV Documentary Films, won Special Jury Recognition for Breakthrough Voice at the 2020 SXSW Film Festival. Jenny is a graduate of Kartemquin’s Diverse Voices In Docs program, a TFI Network alum, a fellow of the Inaugural Women at Sundance Adobe Fellowship, and a DOC NYC “40 Under 40” filmmaker.

Tyler Taormina is a film director based in Los Angeles whose debut feature Ham on Rye premiered at the Locarno Film Festival and went on to receive critical acclaim, landing on Best Films of the Year lists by The New Yorker, Rolling Stone, Slant Magazine and more. His work explores vast ensemble casts and draws influence from ’60s European art cinema and ’90s kids’ television.

25 Coolest Film Festivals in the World

And now, here are the festivals. Congratulations to all!

At BFMAF, festgoers are encouraged to engage deeply with the thoughtful programming, which includes the moviemaker and curator-run “Propositions,” a program that is “part screening, part talk or performance.” BFMAF also runs the Berwick New Cinema Competition, which champions filmmakers who are transgressive of genre, financial limits and expectations. In April, Berwick announced curator, writer and programmer Jemma Desai as its new head of programming, a decision praised by panelist Gina Duncan: “I’m a huge admirer of Jemma Desai and the work she’s been producing over the past few years.” That work includes the ongoing study “This work isn’t for Us,” a study of “the human cost of attempting institutional reform while navigating ‘diversity’ policy rooted in white supremacy.” 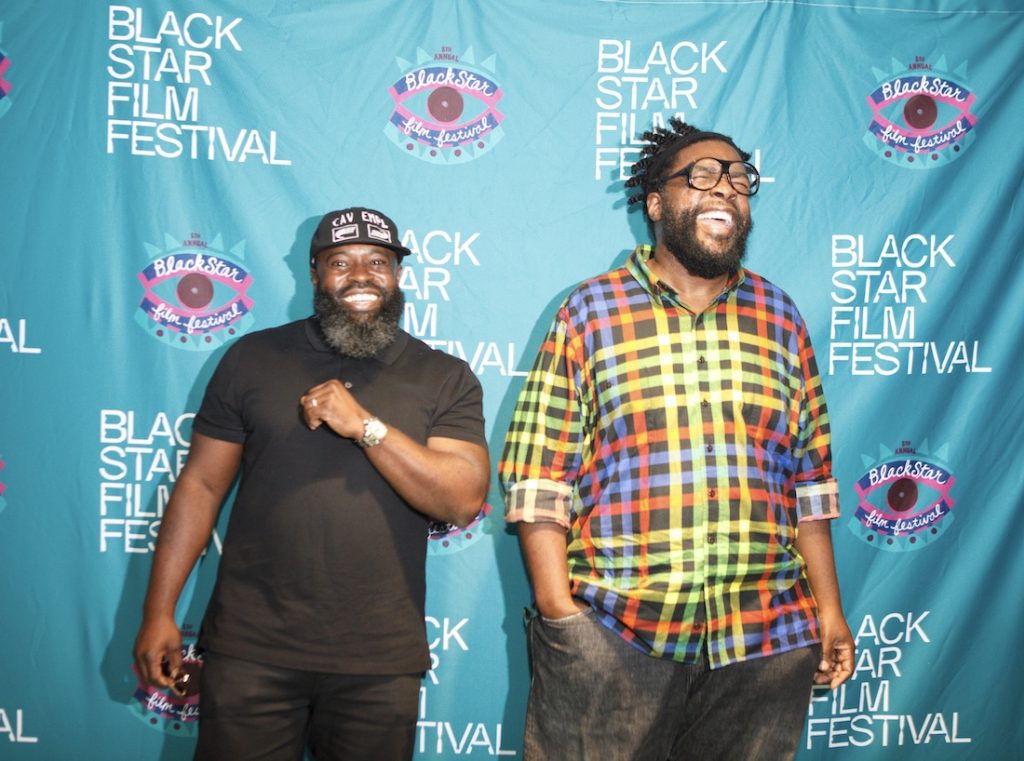 BlackStar Film Festival is one of MovieMaker‘s Coolest Film Festivals in the World 2021. Photo by Daniel Jackson

Marking its 10th year, this festival celebrates “the visual and storytelling traditions of the African diaspora and global communities of color — showcasing films by Black, Brown, and Indigenous people from around the world.” It has a new home at the Annenberg Center for the Performing Arts, at the University of Pennsylvania campus, where artistic director and CEO Maori Karmael Holmes has been named curator of film — though BlackStar remains joyously independent. Last year it made the best of pandemic restrictions, showing 90 films, including 24 world premieres and representing more than 20 countries. Highlights included drive-in screenings at Philadelphia’s Mann Center for the Performing Arts, and opening- and closing-night virtual dance parties by Philly’s own DJ Jazzy Jeff and DJ Rich Medina. Gina Duncan says she is “always in awe of what Maori and her talented team are able to pull off each year. Their love for what they do permeates every aspect of this festival.”

The festival’s prime location in Fortaleza, the capital of the northeastern Brazilian state of Ceará, allows festivalgoers to chill at a different beach every day. Natalia Almada was at Cine Ceará’s inaugural festival back in 2009, and notes, “I met some filmmakers there who I’ve stayed in touch with ever since.” She recalls a blissful place where they “just talked cinema all day long,” watched “one film in the evening,” and went out for dinner and dancing. It’s a perfect festival for those who want to savor their time, and don’t enjoy the go-go-go nature of more bustling get togethers. 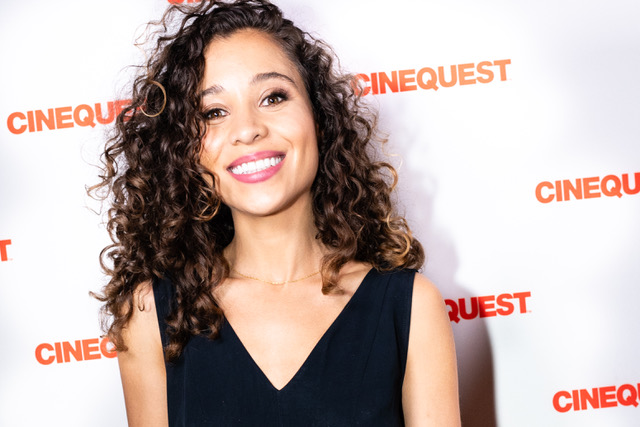 “The first festival to ever invite any of my short films,” says Anja Marquardt. “Tremendously encouraging experience. Unexpected all the way through.” This Silicon Valley fest combines a love of cinema and technological innovation while eschewing elitism. It’s professional and efficient throughout, boasting a great publicity team to support filmmakers, and draws top distributors like Netflix, Gravitas, Magnolia, IFC, Screen Media, Apple, Hulu, Roadside Attractions, Bleecker Street and Sony. How finger on the pulse is its programming? Well, last year it kind of predicted the future: The festival was hosting director Charlie Buhler’s drama , when the festival was suddenly cut short by… you guessed it.

CPH:DOX not only celebrates documentary films, but adds relevance and encourages change through debates, artist talks, events and masterclasses. It looks boldly to the future with a new team of co-curators, ages 16-25, who contribute films, talks and events of their own design. It went online in 2020, and this year explored new hybrid possibilities and experimented with new digital formats while Denmark theaters were still dealing with pandemic restrictions. Next year it plans to return to the festival center at Kunsthal Charlottenborg, which will host screenings, art exhibitions, concerts and international industry events. Says Jane Schoenbrun, who attended in 2015: “I was floored by the festival’s slate of vibrant documentary art pushing at the seams of the form. The pitch forum was equally adventurous in its programming choices, highlighting a slate of projects (documentary, fiction and especially everything in between) from emerging auteurs and non-fiction legends. And the hospitality in beautiful Copenhagen was wonderful: I’ll never forget the festival’s opening dinner hosted after hours in an elegant European amusement park.”

Continue for more of MovieMaker‘s 25 Coolest Film Festivals in the World, 2021