8 Fighter Jets You Can Actually Buy

Are you an aviation fan or someone who has always wanted to purchase a fighter jet? There are many fighter jets that have been around for more than 75 years, with each of them carrying a unique history in the very fabric of their metal bodies.

As technology advanced, so to did fighter jet designs and specifications. This means that a variety of quality used fighter jets still exist, with many available to civilians.

This is good news as many of us have held on to the dream of flying a fighter jet that was used to make a difference in the world. Unlike buying a high-performance car like a Ferrari or Lamborghini, the dream of owning a fighter jet is more attainable. In fact, on our list, we have provided eight fighter jet options that you can actually purchase right now.

However, you need to consider that owning one of these prestigious planes will cost you quite a bit. You will need to have frequent mechanical services done, and you will need to account for the cost of jet fuel, storage costs, and the appropriate licensing. If these factors aren’t a concern, the actual cost of a fighter jet likely won’t shock you too much.

After scouring the web for any mention of fighter jets, we have managed to find eight of the very best models you can buy that are in decent condition. You might be surprised that most of these fighter jets will cost you less than you would pay for a brand new luxury sports or supercar. 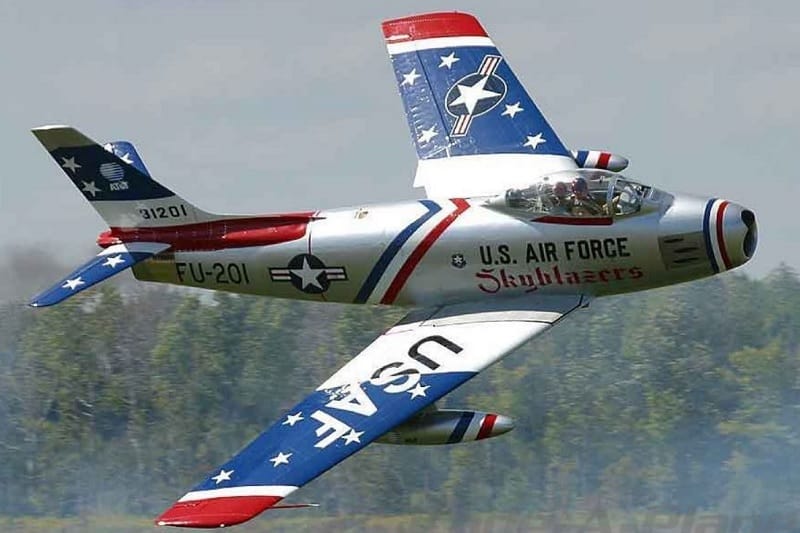 Arguably one of the most famous fighter jets is the . This plane was a transonic aircraft that is best known for being the United States’ first-ever swept-wing fighter jet. Unlike previous models, the F86F Sabre was able to counter the swept-wing Soviet MiG-15’s in numerous high-speed air fights during the Korean War. After the war, the Sabre jets had an impressive final kill to loss ratio of 10 to one.

This fighter jet engaged in some of the earliest jet to jet battles in history and was often considered by historians to be one of the most important fighter jets involved in the Korean War. The F86F Sabre’s are known for their agility, versatility, and adaptability and were one of the most produced western fighter jets with approximately 9,860 units manufactured.

Interestingly, the Sabre jets set numerous speed records for six consecutive years, and they won many National Aircraft Show Bendix Trophies. The F-86A set the first official speed record in 1948. This jet reached a top speed of 570 mph. However, in 1952 the speed was bettered by an F-86D that reached 698 mph. 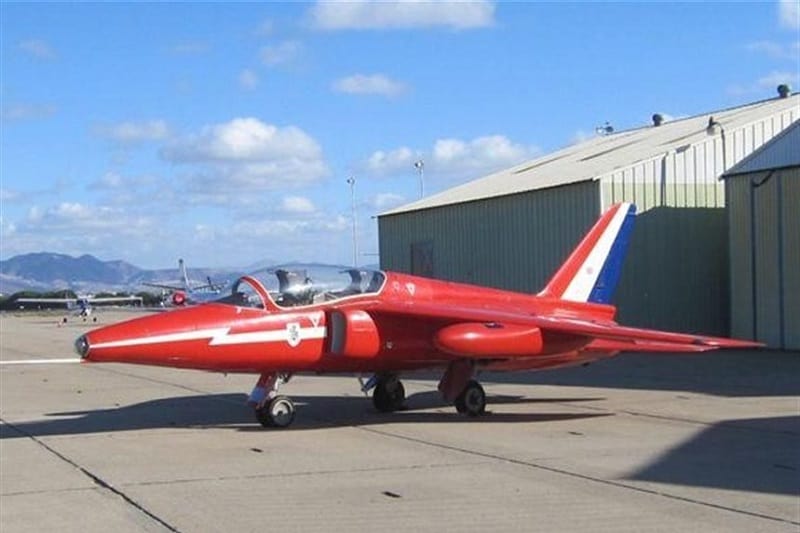 The best British-built combat ground attack and day fighter aircraft title belongs to the . This aircraft was not only perfect for light fighter combat but also for training purposes. The 1966 Folland Gnat is a swept-wing subsonic fighter jet designed by the world-famous designer W.E.W Petter and produced by Folland Aircraft.

Aircraft engineering was an expensive process, and with the rising costs, many companies were seeking out ways to manufacture fighter jets at a lower cost without compromising on quality. Folland Aircraft was able to achieve this feat by using a modern jet engine and simple engineered fuselage and wing.

Surprisingly, the Folland Gnats were not commissioned by the British government but were instead privately financed to begin with. After further development, these jets were used by the Royal Air Force, the Finish Air Force, and the Indian Air Force.

The Folland Gnat fighter jets gained recognition in the UK due to the RAF using the planes for the prestigious Red Arrows aerobatic team. The Folland Gnats were officially retired in 1979, with 449 models being built. Today you can get your hands on the 1966 Folland Gnat for a touch over a quarter of a million, which is a reasonable price to pay for a jet plane with such a prominent global contribution to aviation. 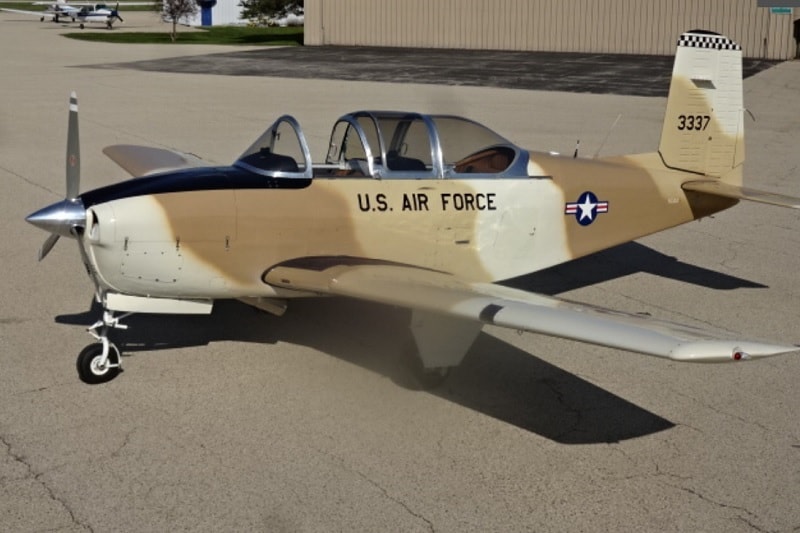 Flying a fighter jet solo might be enjoyable, but if you can fly with someone else, why not seize the opportunity. Should you be looking for a fighter jet that’s capable of conducting two-person flights, you might want to consider purchasing a jet. One of these models is currently being sold for $295,000, which is reasonable considering the spacious cockpit allows two passengers.

23 countries selected the Beechcraft T-34 jet planes globally to train military pilots which is partly why the USAF selected them to enter into service in 1954. Inside the T-34A fighter jets are an LCD screen, AR6200 receiver, DX6i 2.4Ghz computer radio, servo monitor, progressive trainer system, and timer.

In terms of armaments and ammunition, the 1966 Beechcraft T-34A was equipped with two 7.62 mm general-purpose machine guns which could fire 500 to 600 rounds per minute. Additionally, the plane could carry more than 600 pounds of weapons such as firebombs, rocket pods, and anti-tank missiles. 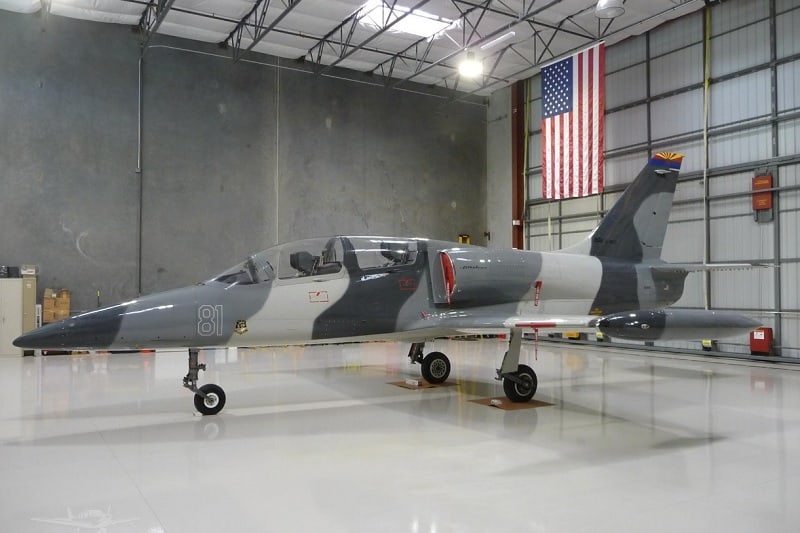 The first trainer aircraft in the world to be equipped with a turbofan power plant was the Czechoslovakian fighter jet. This jet was a high-performance jet trainer that the renowned Aero Vodochody designed.

The main purpose behind creating the L-39Cs was for primary and advanced training techniques that included firing practice. These jets served in more than 30 air forces worldwide because they were undoubtedly the safest jet trainer in the world. It’s believed that more than 2,800 L-39s were manufactured.

If you think this jet looks familiar, it likely won’t be surprising to learn that it has made an appearance in a few notable movies, such as the James Bond flick Tomorrow Never Dies. As an agile training jet, this plane is incredibly easy to fly and can perform subsonic acrobatic maneuvers gracefully and efficiently.

Some of the tricks you could look forward to performing include Cuban-8s, barrel rolls, clover leaves, and loops. One of these fantastic training aircraft is currently available for purchase at a price point that’s more affordable than many vintage sports cars. 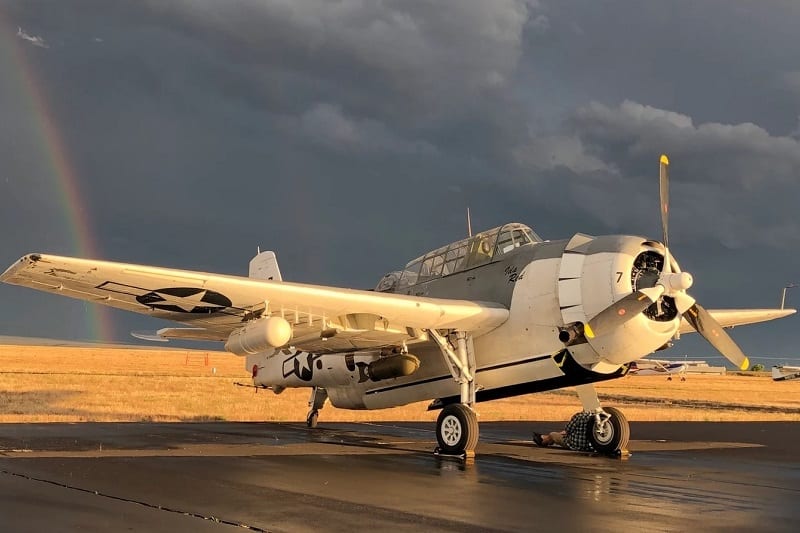 If you thought General Motors was only a vehicle manufacturing company, you would be incorrect. General Motors manufactured the fighter jet. Historically the Grumman TBM Avenger jets are known as the most effective and widely used torpedo bombers during World War II.

Although the 1945 Grumman TBM-3E Avenger was initially manufactured for the Marine Corps and the United States Navy, it went on to be used by many navies and air forces throughout the world, such as the Royal Navy, the Royal Canadian Navy, and the Royal New Zealand Air Force. These fighter jets were used for two decades, with more than 9,000 models being manufactured until they were officially retired in the 1960s.

If you’re interested in buying a 1945 Grumman TBM-3E Avenger, you can. At the moment there are a few models available, and you can expect to pay around half a million for a model that is in excellent condition. 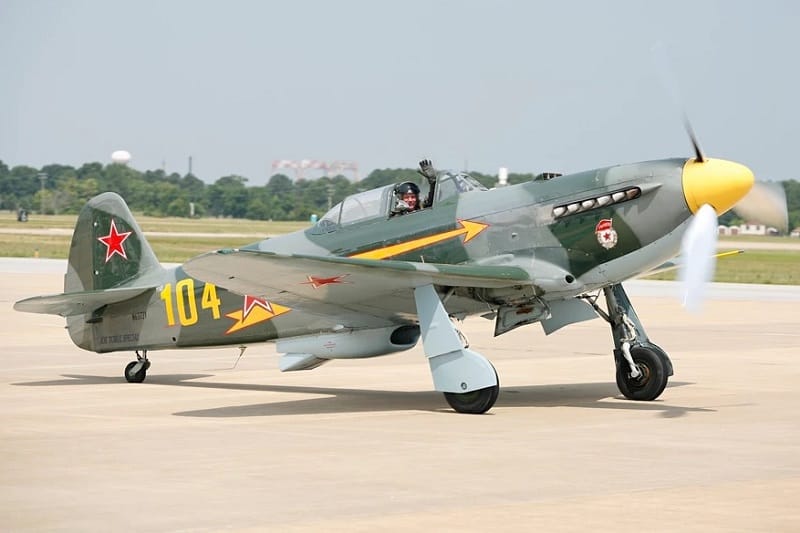 The title for the most mass-produced Soviet fighter jet model goes to the . This fighter jet stayed in production from 1942 until 1948, and it’s believed that approximately 16,769 models were built, with 14,579 of them being built during World War II.

Although the Yakovlev Yak 9-UMs were single-engine fighter aircraft, they afforded pilots flexibility not seen with previous models. This is due to the Yak 9-UM featuring a lowered rear fuselage decking and an all-around vision canopy.

What many don’t know is that a Yak 9-UM fighter jet was the first Soviet jet to shoot down a Messerschmitt Me 262 jet which was an incredible feat at the time. Additionally, after World War II, these jets were still used for active military service. Korea utilized the Yakovlev Yak 9-UMs during the Korean War.

Moreover, the Yakovlev Yak 9-UMs had powerful engines and improved aerodynamics. These features made the jet easily maneuverable and easy to control at high speeds regardless of the altitude. This is why to this day, they are still one of the most sought-after Soviet fighter jets. 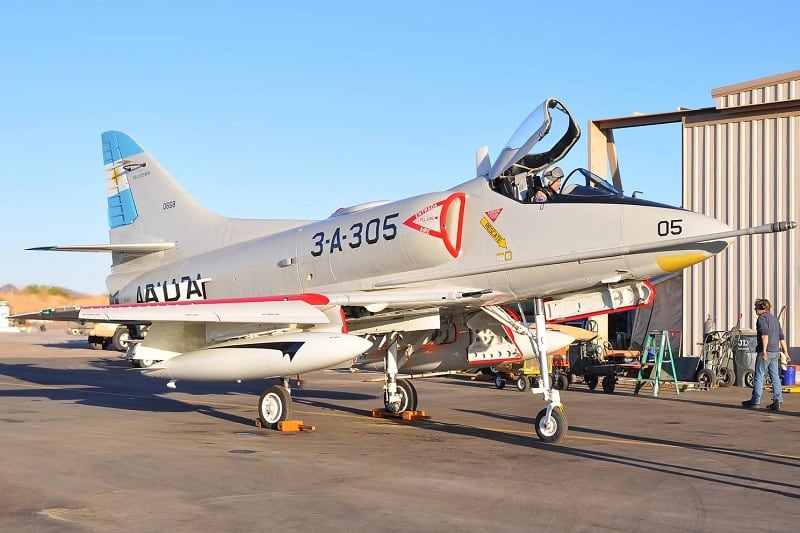 One of the most influential aircraft to fly during the Vietnam and Yom Kippur Wars was the fighter jet. These jets were single-seat subsonic light attack aircraft that played an instrumental role during the two wars.

According to many, the 1960 Douglas A4C Skyhawk was one of the best aircraft ever built in terms of structural efficiency. During the Vietnam War, it was used for attacks on ground units in North Vietnam. Additionally, this fighter jet was also used by Israeli pilots in numerous Middle Eastern conflicts.

Astonishingly, the 1960 Douglas A4C Skyhawks had an incredibly long service life as they were still being used during the Persian Gulf War from 1990 to 1991. These jets could be equipped with bombs and missiles, and they were capable of delivering nuclear weapons. According to accounts, there were approximately 2,960 units manufactured, and you can be the owner of one of these fighter jets if you have $1.3 million to spare. 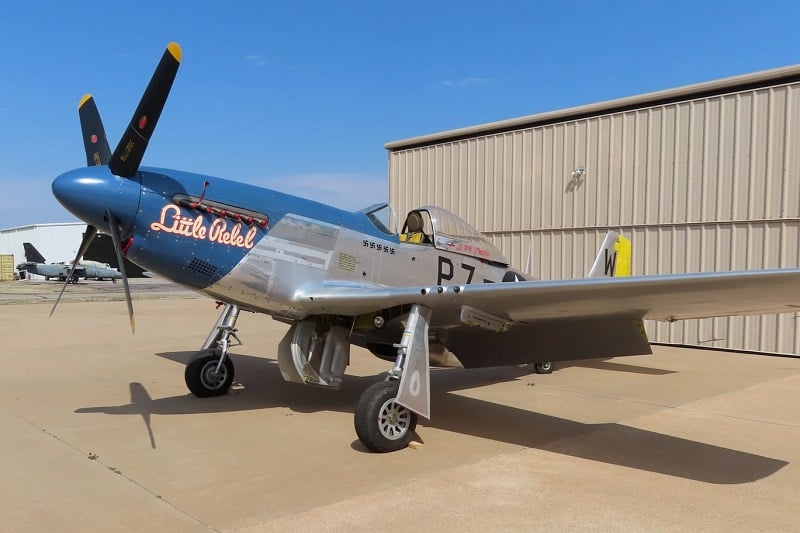 Arguably America’s most capable fighter jet during the 1940s was the . This aircraft was incredibly important during World War II as it was proven that the ground fight could not be won without the assistance of fighter jets.

The 1945 North American Aviation P-51D Mustang was an invaluable tool in helping allied forces win the war. These fighter jets enabled bombing to resume after heavy losses were suffered in 1943.

Interestingly the P-51D were developed to be exported to Britain, who then modified the jets to include uber-powerful Rolls-Royce Merlin Engines. It was because of these engines that the P-51D Mustangs became so capable.

Each of these planes was equipped with six 50 caliber machine guns, and they were able to carry 2,000 pounds of bombs or ten 5 inch rockets. Only 8,000 North American Aviation P-51D’s were ever produced, which is why when one becomes available, it costs an exorbitant amount to purchase.