11 Stores Like Urban Outfitters For Men Who Want Stylish Clothing

You’re bound to find great new clothes from these stores, or maybe even discover a store you’ve never heard of.

The great thing about the world of menswear is the revelations you stumble upon along the way, and in this case, the revelation was Urban Outfitters. A store that checks all the right boxes at an affordable price point? Sounds good to me. 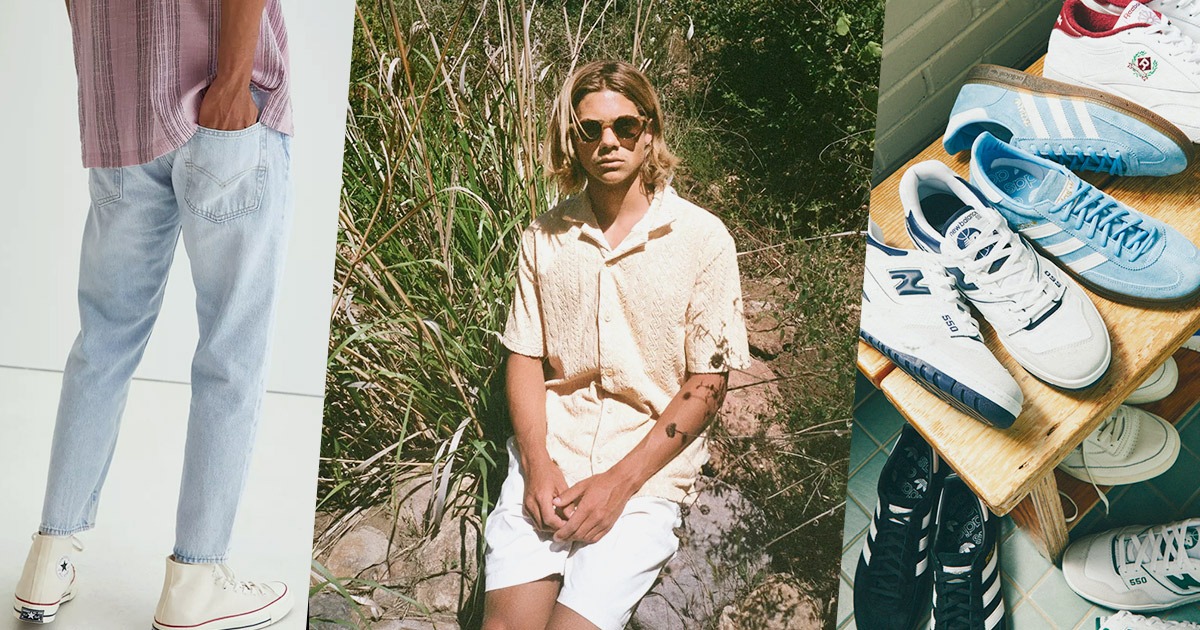 You’ll find the casual, on-trend retailer in college towns and cool neighborhoods across the country, as well as online.

They stock and sell a bit of everything, but especially soft T-shirts, slim jeans, easy and breezy printed shirts and from on-trend (and yet classic) brands like Converse, Vans and Levi’s.

They also have an in-house brand, BDG.

It’s the kind of store where you can also snag a record player and some new vinyl, but it’s always been a solid option for the type of fresh-yet-classic staples every guy needs.

Take it from me: I took many a walk to Urban Outfitters as I started building my Lean Wardrobe, and I often return to its digital shelves these days, too.

You can feasibly put together an entire outfit, and an affordable yet sharp one at that, from UO (as the shorthand parlance goes).

Because they cover so many bases in the fashion world, it begs the question: What are other stores like Urban Outfitters?

After all, once you’ve stumbled upon a terrific one-stop-shop, it’s natural to want to dive even deeper.

Whether you’ve got your eye on a new tee, a printed shirt or something a bit out of the ordinary, these alternatives to the on-trend, budget-inclined retailer won’t steer you wrong.

One thing that Urban Outfitters has always done well? Giving its stylish customers (like yourself!) a whole lot of everything, be it bold outerwear or reliable staples like slim jeans and T-shirts. 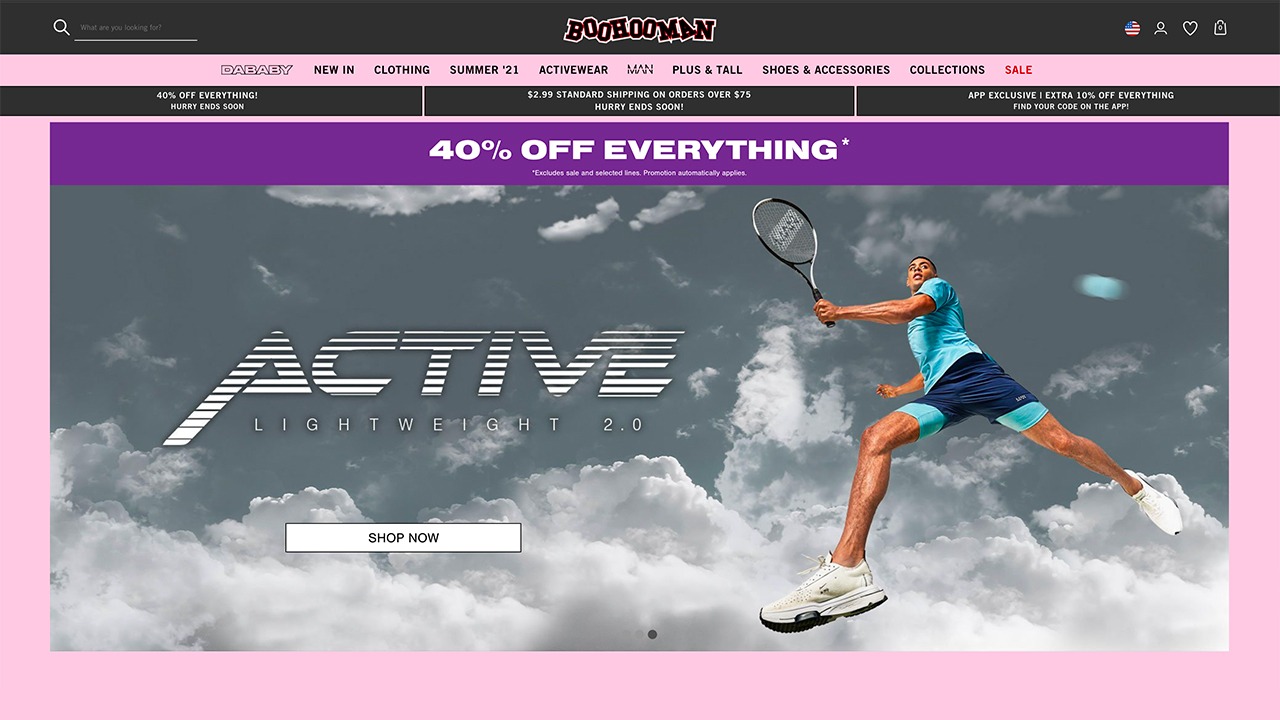 boohooMAN injects a bit of fun into the entire process, selling tracksuits and leisurewear as well as tie-dye and graphic T-shirts, knitted polos and varsity jackets, all at prices that typically clock in well below $100.

If you’re not quite looking to go all-in on a tie-dye T-shirt, there are other stores like Urban Outfitters just waiting to welcome you as a customer. 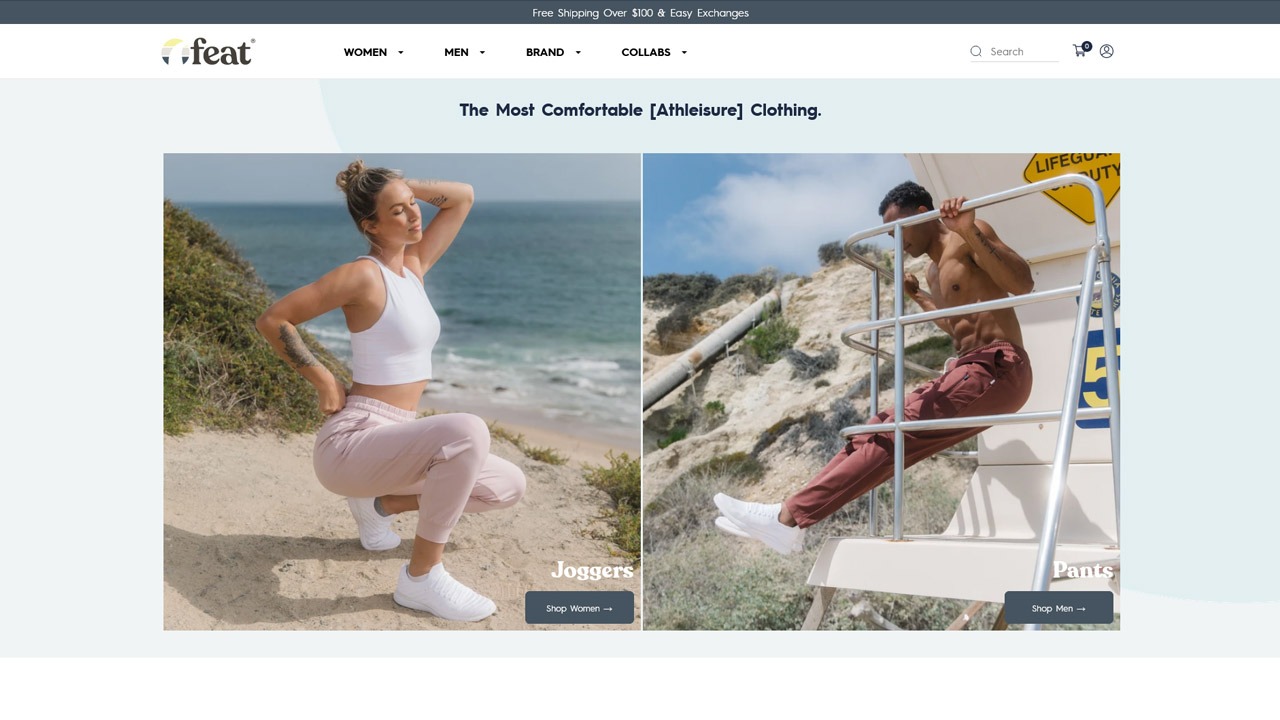 FEAT hits the sweet spot in terms of laidback, athletic-inspired gear that UO also offers, but the difference with FEAT is the brand’s more narrow focus.

You’ll get super-soft hoodies, T-shirts, joggers and crewnecks in colors both fresh and classic (and sure, you can even get a tie-dye hoodie if you want). Think of it like an easygoing style that you can actually wear out of the house.

One of the most distinctive things about other stores like Urban Outfitters is the simple fact that, if you like what UO offers, you’re bound to find something you love at other similarly minded retailers. 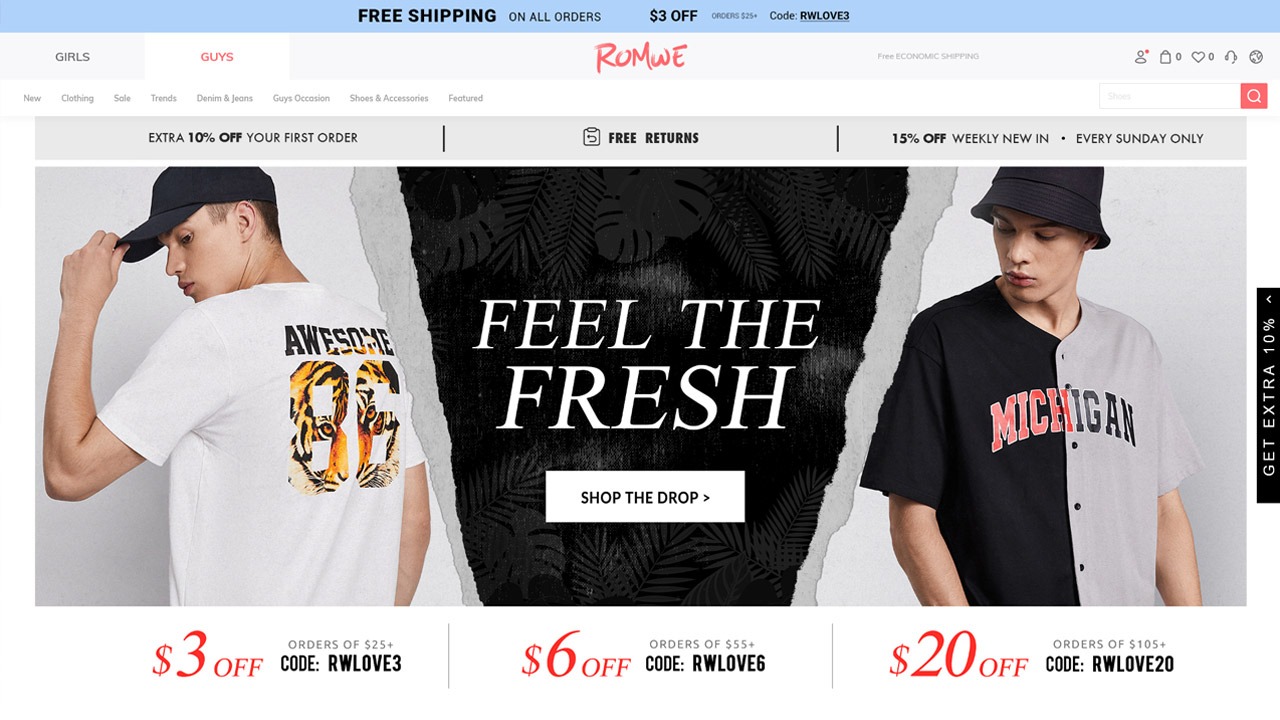 Spend any time perusing Urban Outfitters’ offerings, and you’ll notice zany prints, eye-catching graphics and distressed finishes on everything from T-shirts to denim and hoodies.

That’s what ROMWE also offers, and at an equally affordable price point.

Think of ASOS like a kindred spirt alongside Urban Outfitters as far as affordable men’s fashion in a range of styles is concerned. 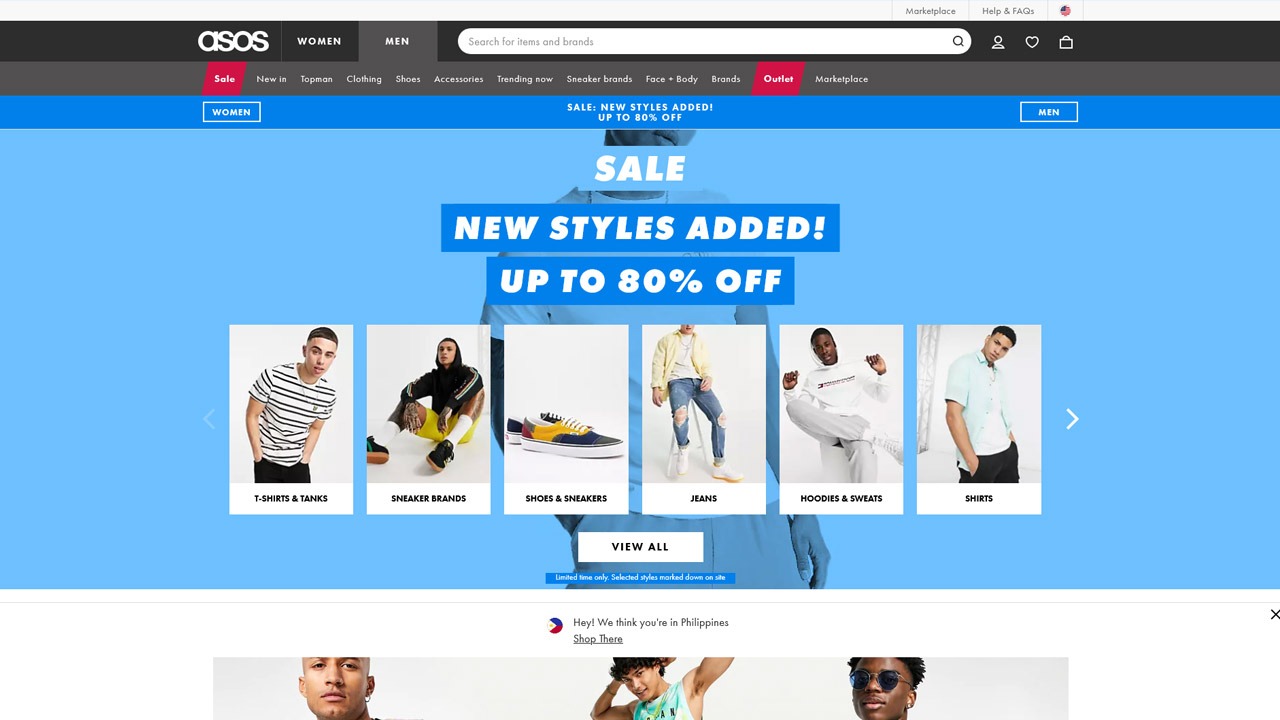 Whatever you might want to add to your wardrobe, be it a pair of wide-leg pleated chinos (perfectly on-trend) or slim black denim (perfectly classic), ASOS has it.

In fact, if you shop wisely and pay close attention to sales, you’ll even beat UO in terms of price.

JackThreads seriously disrupted the online retail market about a half-decade ago, with its flash sales and ridiculously low prices on T-shirts, outerwear and menswear staples like Oxford shirts. 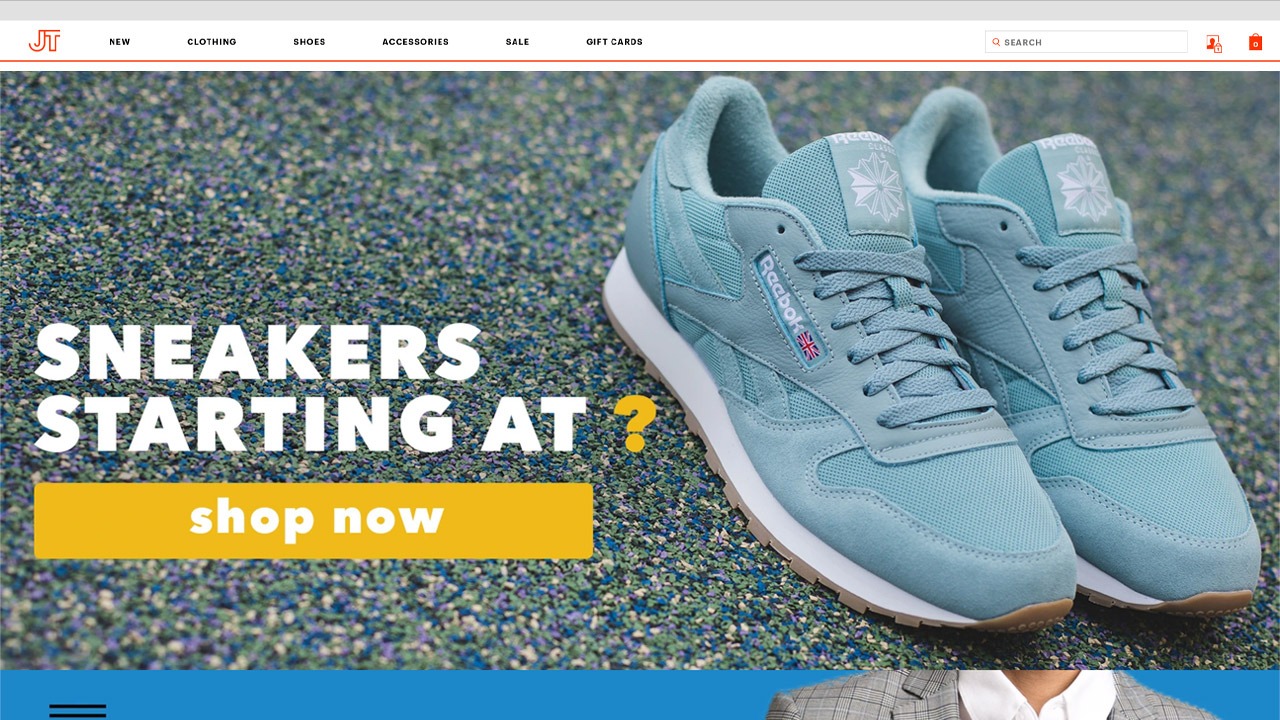 The cuts were slim but not overly tight, any patterns were subtle but stylish, and you were apt to find, say, a camel topcoat in the lineup, too.

The revamped JackThreads hasn’t veered far from that path, offering up a more clean-cut take on some of Urban Outfitters’ more fashion-forward pieces.

UNIQLO is probably the closest thing to a “cool older brother” that Urban Outfitters has, and that’s a great thing for discerning shoppers.

You’ll find many of the same essentials at Uniqlo as at Urban Outfitters, be it slim blue jeans or crisp, minimal Oxford shirts.

But with UNIQLO, you also get access to of-the-moment collaborations with fashion designers (like Michael Bastian and Jil Sander), plus striking statement pieces like topcoats and cashmere sweaters.

If you can dream it up, there’s a good chance Frank And Oak has read your mind and turned your fashion dreams into reality. 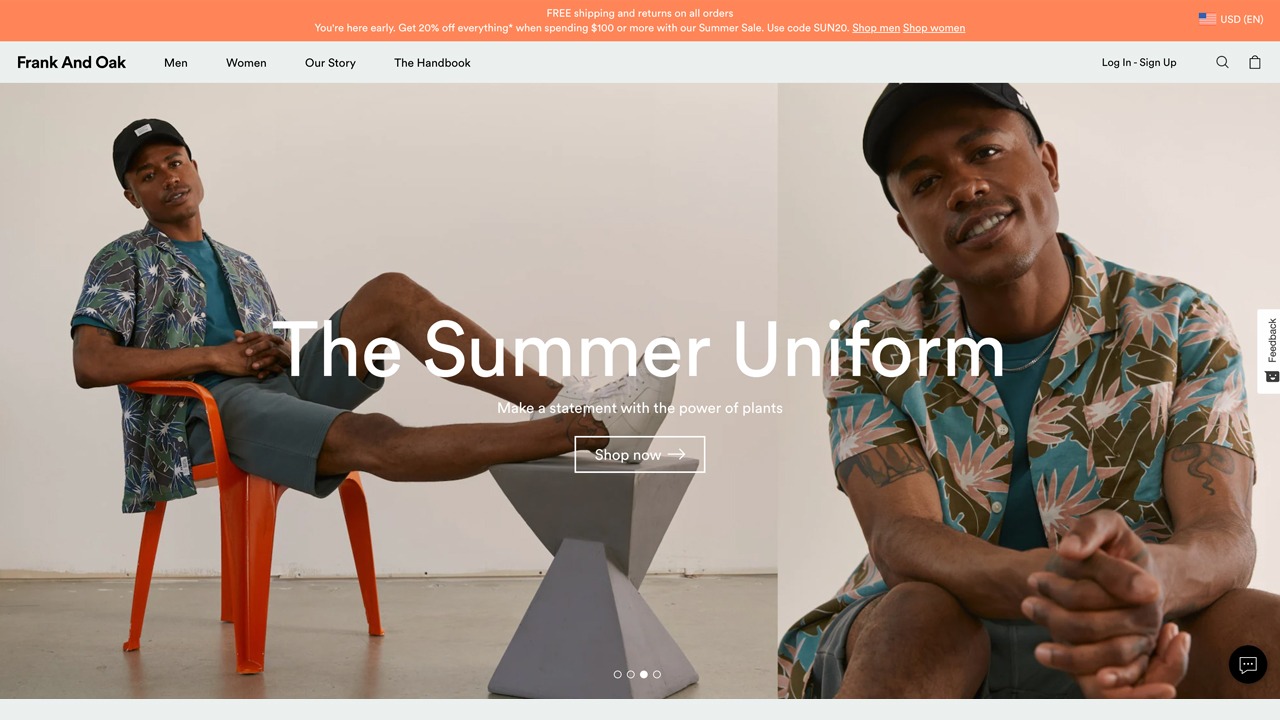 Our neighbors to the north have a popular string of retail stores in hip neighborhoods in Vancouver, Montreal and Toronto.

As you search for stores like Urban Outfitters, you’ll likely be drawn towards styles and designs that remind you of the OG itself. 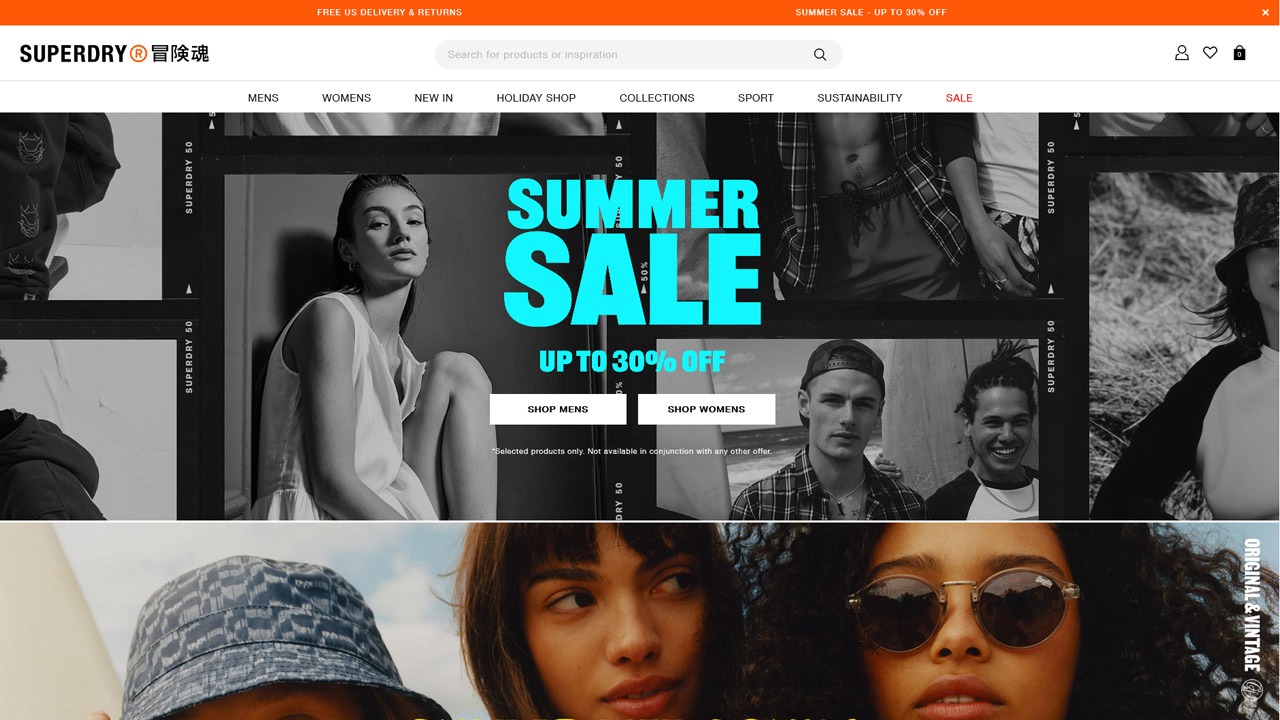 Superdry is for the guy who wants a statement-making shirt or durable-yet-trendy jacket, much like certain pieces you’ll find lurking in Urban Outfitters stores.

Prices aren’t through the roof, and it seems like there’s a Superdry store anywhere neon lights and the hum of a big city can be found.

If we had to come up with a definition, we’d say that SHEIN is a store for the guy who appreciates the variety of Urban Outfitters. 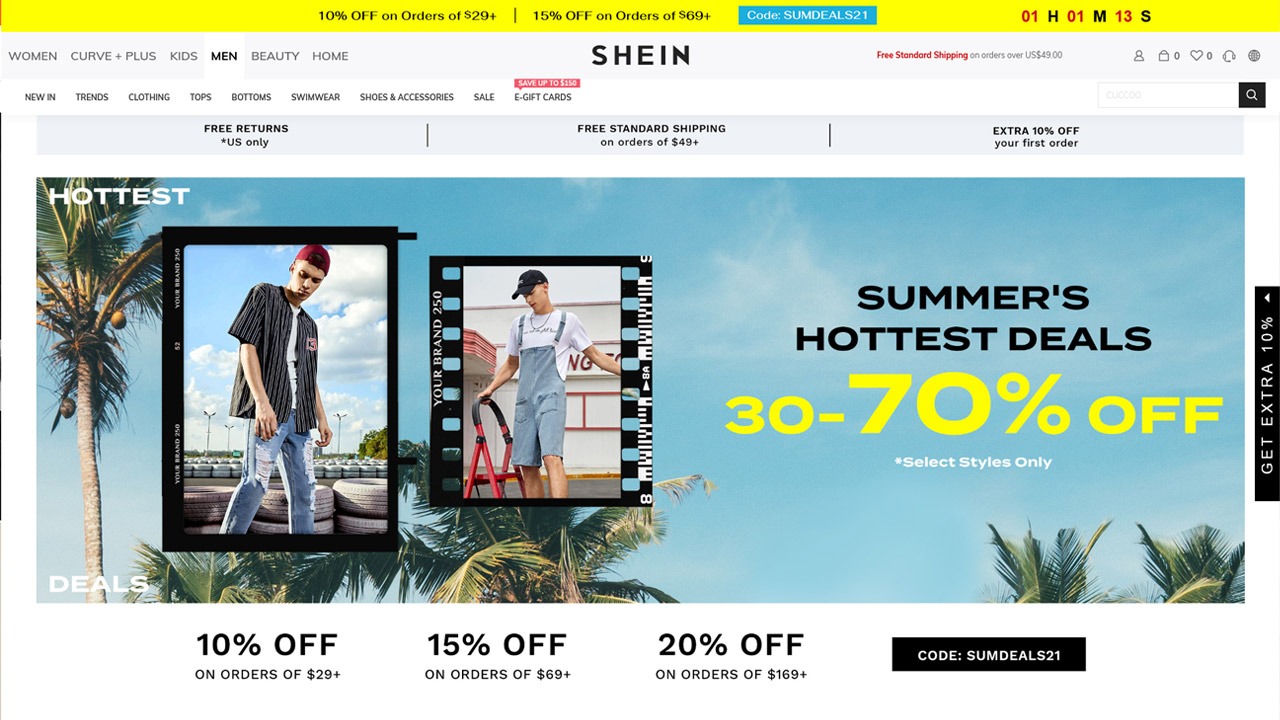 Like its counterpart, SHEIN is willing to go where other brands won’t, crafting camp collar shirts that mimic vintage bowling shirts (to name but one example).

They’re having a heck of a lot of fun in the process, proving that not everything has to be so minimal in men’s fashion.

Urban Outfitters has some competition when it comes to straightforward style essentials that won’t break the bank. 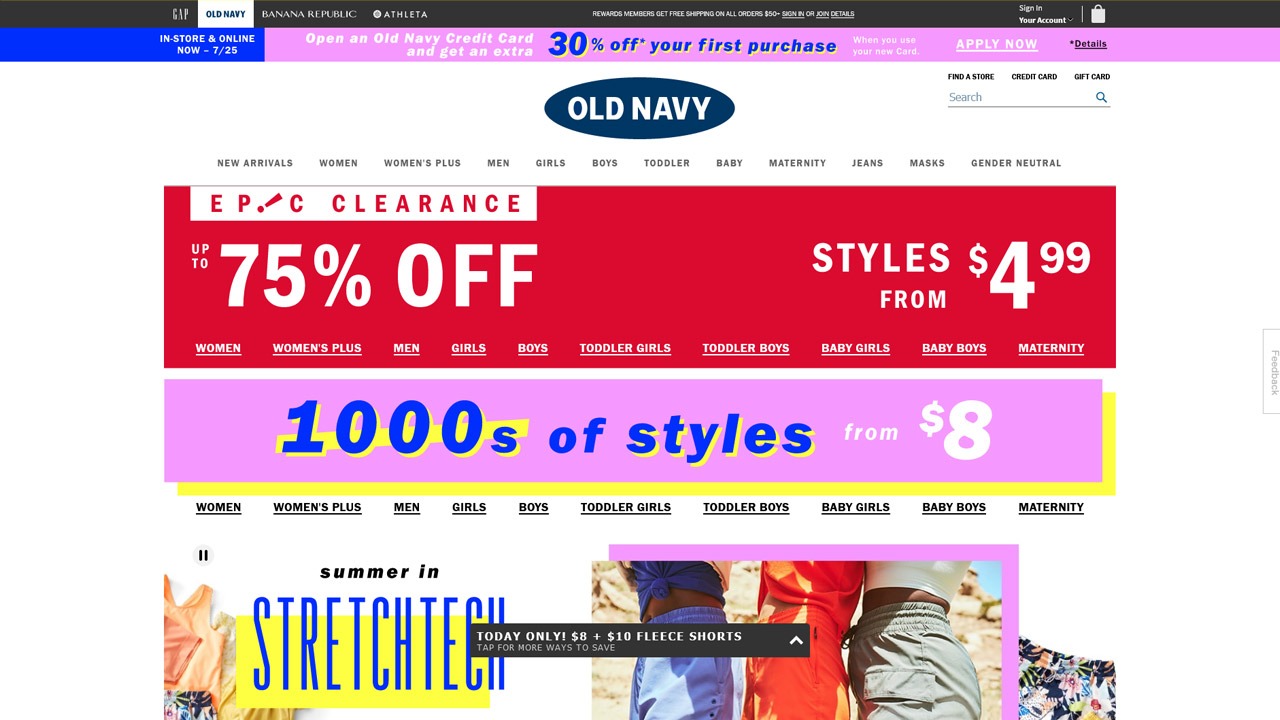 Start with a super-soft, highly affordable henley from Old Navy, for instance, then top it off with an Oxford shirt and throw on some slim blue jeans.

And yes, you can get all of that at just one brand, for prices that give UO a run for its money.

Topman has been a perennial favorite of our stylish neighbors across the pond for years, offering a distinct dash of British-style sensibility. 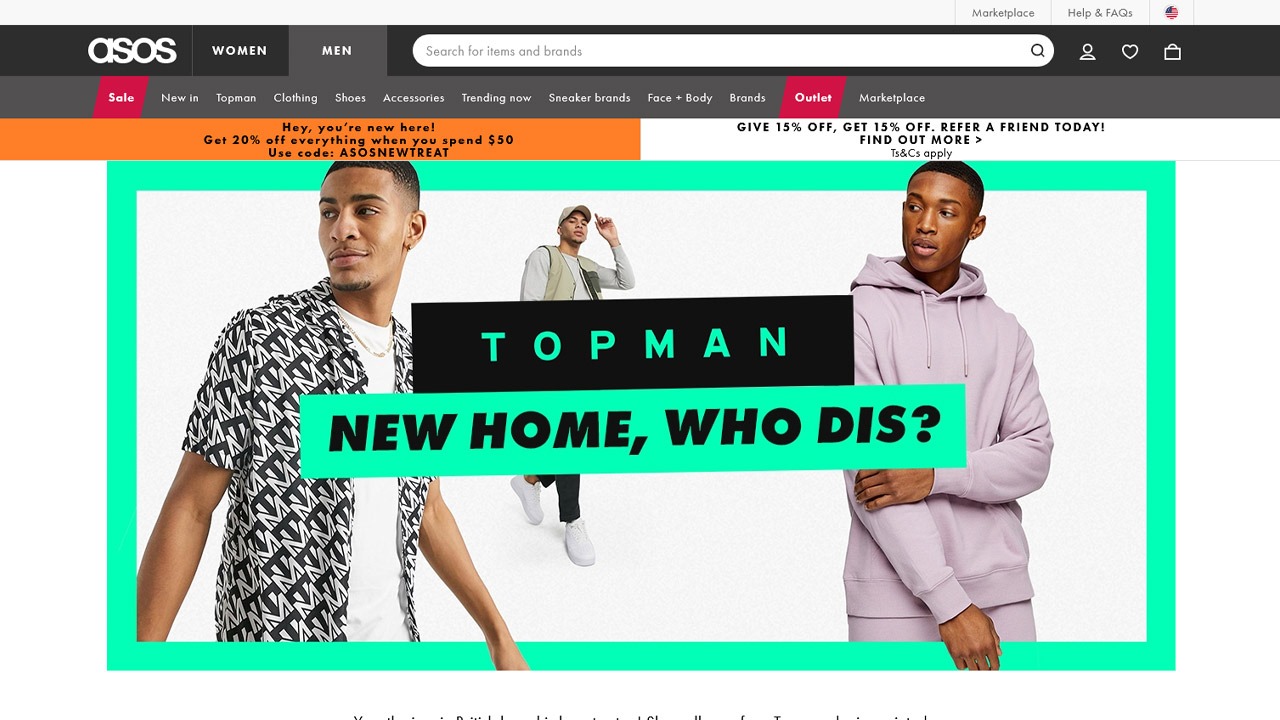 And like Urban Outfitters, that means highly affordable prices and that crucial “everything but the kitchen sink” approach to design (Translation: You’re going to find a wide variety of affordable menswear).

Do you have any experience with any of these stores like Urban Outfitters?

Which ones will you be trying out first? Let us know by hitting us up on or !